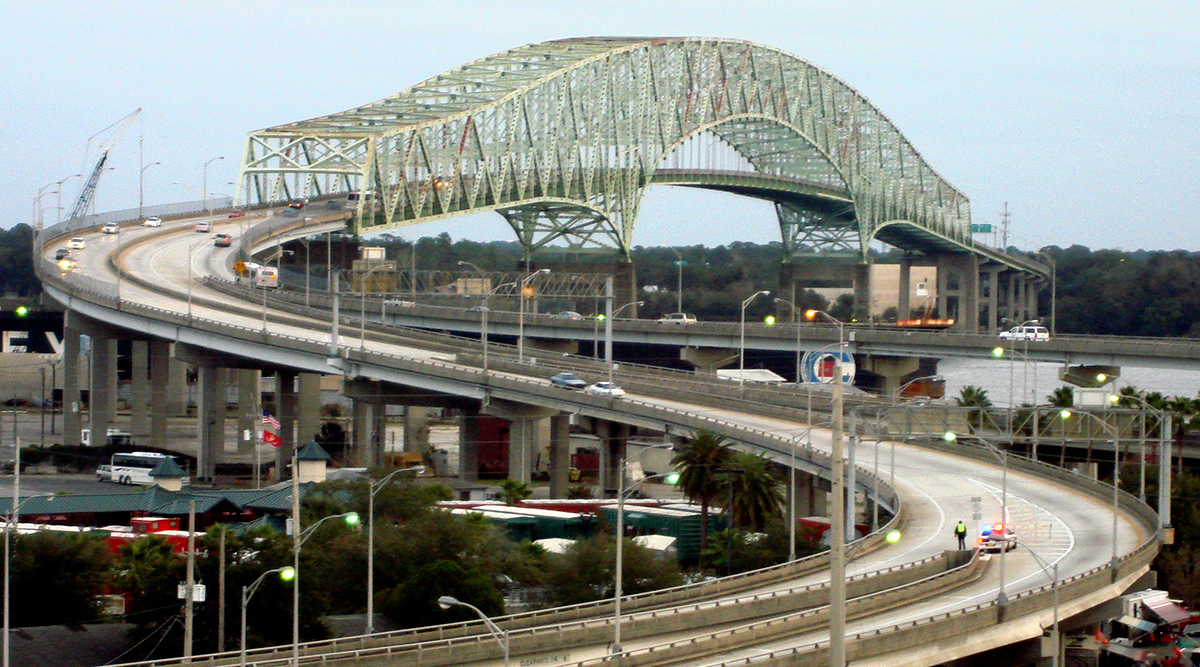 It was first about public safety. Then, modernizing city roads. Now Jacksonville, Fla., Mayor Lenny Curry says he wants to demolish the elevated ramp connecting the Hart Bridge to downtown so cargo trucks can better access the port.

Tearing down the elevated ramp is also a key part of Jaguars owner Shad Khan’s vision for an ambitious waterfront development he plans to build adjacent to EverBank Field — a less prominent part of the Curry administration’s public talking points for the estimated $50 million road project.

Armed with a traffic study recently completed by the Florida Department of Transportation that says truck traffic to JaxPort’s Tallyrand terminal would be greatly improved by rebuilding the bridge’s ramp system, the city is preparing to compete for $25 million in federal grant money aimed at addressing “critical issues” facing the nation’s highways and bridges.

The City Council on Oct. 24 unanimously approved spending $1.5 million to complete preliminary work on the project that will make it “shovel ready,” which city officials say will improve their chances of securing the money.

If the project wins the grant, the state and city each anticipate paying $12.5 million towards the project.

Freight infrastructure is the latest reason Curry has offered for pursuing the major reconfiguration of the Hart Bridge. He has also said the project would bring other benefits that include public safety and economic development. 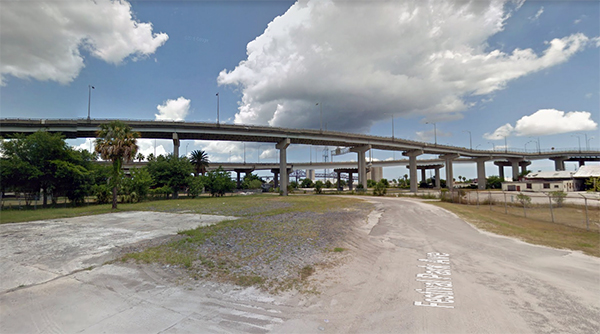 Curry has repeatedly turned down requests for an interview about the project. In a written statement provided by his spokeswoman, Curry said the traffic study affirmed the city’s belief the elevated ramp impedes traffic flow and revealed the project would also “tremendously improve” trucking access to the port.

He also said in the statement that the project would “maximize … downtown development opportunities” and provides “tremendous benefits to many of us.”

The Times-Union asked Curry whether Khan or anyone from his development company, Iguana Investments, has asked the city to remove the ramp. His statement didn’t include an answer to the question, but his spokeswoman, Marsha Oliver, provided the following answer: “This project is an economic benefit that will benefit all of downtown.”

Curry first proposed removing the elevated ramp in November 2016, months before the city officially selected Khan to be the master developer of city-owned land that includes the old Shipyards and Metropolitan park.

Khan has proposed building a hotel, condominiums, restaurants and shops, and says he will bring more than $500 million in private investment to the development.

Renderings for his project show a vastly transformed landscape that would become the new gateway of downtown Jacksonville. The skyline in those images is free of the bulky concrete and metal ramp that currently runs above the property.

Curry initially said the ramp was outdated and that removing it was a matter of public safety.

He asked state legislators representing Duval County at the beginning of the year to seek $50 million in state money for the project. The city didn’t get the money, but the state agreed to complete a $250,000 study to evaluate the project.

That study found the ramp is used by 2,030 to 2,060 vehicles per hour during peak traffic periods to access Martin Luther King Jr. Parkway, eastern downtown and the Tallyrand terminal, which is roughly 260 vehicles higher than the capacity of the single lane providing access to those areas. The study says the traffic is expected to increase by about 2% per year.

The project would remove the elevated ramp and build a new access ramp to the bridge near the intersection of Bay Street and Gator Bowl Boulevard.

The study says doing so would allow vehicles to access the Tallyrand terminal by using both the existing single lane ramp and the new ramp that would take motorists to Bay Street.

It also found the project would “significantly improve” the “inferior” access to the area during major events.

Council members were briefed by a Curry administration official on the project last week during a committee meeting. That official, Sam Mousa, said the project is one of three that the state has picked to compete for the federal grant, which he said was limited to freight projects.

A spokeswoman for JaxPort, which will work with the city to secure the grant, said the agency has been working with the city on the effort for several months.

“The Hart Bridge project will relieve congestion, improve freight flow and enhance accessibility to the Talleyrand Port District, and will improve access to and from eastern downtown Jacksonville,” said spokeswoman Nancy Rubin. “It will also serve as a catalyst for the redevelopment of the surrounding area.”