WASHINGTON— Long stretches of interstate will be important proving grounds as autonomous truck technology develops, according to industry experts.

Peter Welch, president of the National Automobile Dealers Association, said that early deployment of connected trucks probably will occur on geofenced spans of interstate, as these flat, relatively straight areas will provide a safer alternative than more arterial routes that frequently have more stop-and-go traffic. 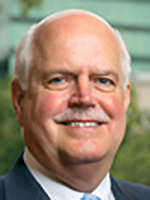 A division of NADA is the American Truck Dealers, and Welch works with fleets to determine autonomous capabilities for trucks. He spoke at a panel on innovation strategies at the Transportation Research Board’s annual meeting here Jan. 8.

“It could be very cost-effective,” Welch said. “With the idea of running back and forth in a very defined area, I see lots of savings.”

The Arizona Department of Transportation has conducted connected-truck testing along interstates 10 and 40, two of the state’s largest freight corridors. According to Kevin Biesty, deputy director of policy for ADOT, the biggest initial hurdle in deploying autonomous technology is overcoming the “fear factor.” Biesty said that many passenger vehicle drivers are hesitant to share the road with 80,000-pound vehicles that are driving themselves.

Like Welch, Biesty said that most of the connected technology on trucks will be tested and used on the “longest mile” portion of the journey, meaning the part of the trip that takes place on interstates rather than inner cities.

He said one possibility is a system in which a human drives a truck from a city to a station alongside the interstate, at which point an autonomous truck will move the freight for the longest part of the journey and then stop at a second station near the destination, where a human driver again will take over and deliver the goods.

“I think we’re going see a lot of progress when it comes to freight,” Biesty said.

The panelists acknowledged that fully autonomous vehicles probably are a decade away, but some connected vehicle technology exists. Examples of this technology include driver-assistance systems that warn drivers when they depart from their lanes.

Biesty said ADOT has been working closely with technology companies and auto manufacturers to show that the agency is interested in connected vehicle research.

“As a DOT, you really don’t have a choice. It’s better to be at the table,” Biesty said. “It’s better to be in discussions about these early on. We need to be open to the fact that we’re moving in this direction, and we need to work collaboratively.” 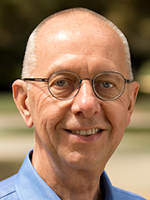 Medford said that more than 40 companies in California, where he works, have received testing permits for autonomous vehicle work.

“We’ve seen this explosion of work and real effort because I think people see the potential benefits,” Medford said.