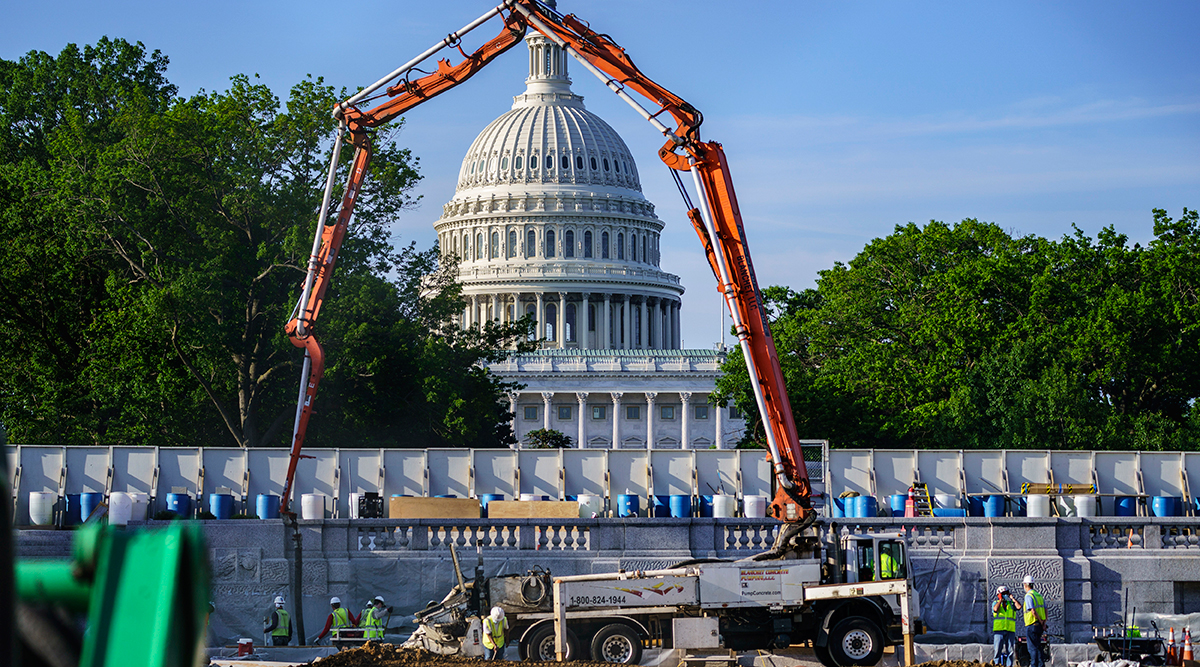 Plans to pump money into rebuilding the nation’s roads, bridges and other infrastructure could give companies with ties to the construction industry a solid foundation for growth.

President Joe Biden announced June 24 that a bipartisan agreement had been reached on a $973 billion infrastructure plan. The pared-down plan calls for $559 billion in new spending over five years.

Companies such as Caterpillar, with its heavy machinery, and construction materials company Vulcan Materials could see years of additional business as roads and bridges are rebuilt and buildings are modernized. Both companies’ shares rose June 24 after the bipartisan deal was struck. Smaller construction-related companies benefited as well: Dycom, which provides contractor services to construction companies, rose nearly 6%.

The infrastructure plans are long overdue, economists and business leaders have said, as the nation’s roads, bridges and other infrastructure age without any significant overhaul. The American Society of Civil Engineers gave the nation’s roads a poor grade in its 2021 report, saying 40% of the system is now in poor or mediocre condition. Bridges, schools and much of the key infrastructure in the U.S. doesn’t score much better.

The deal agreed to June 24 still has a ways to go. For one thing, Biden said he’ll sign the deal only if a far larger, $4 trillion reconciliation bill — which would contain his other priorities — also comes to his desk, which has taken some GOP senators by surprise.

Citi expects nearly all heavy-machinery makers in its coverage group to benefit from government spending, but Caterpillar is likely going to be the biggest winner.

“Coming as little surprise to anyone that has passed by a major highway project, Caterpillar has strong market share positions in most of the heavy construction equipment categories in North America,” according to a Citi report issued last week.

While the industrials and materials sectors get a push from the infrastructure deal, the broader stock market is focused on the overall economic recovery from the pandemic. “The general reopening of the economy and renewed, post-COVID-19 economic growth is the most likely driver” of the market going forward, said Chris Zaccarelli, chief investment officer for Independent Advisor Alliance.

Peter Williams, an economist at the investment firm Evercore ISI, said the infrastructure package probably won’t start to boost economic growth until 2023, because it takes time for major building and repair projects to get underway. But in 2025 and 2026 the extra package would add a healthy one percentage point to the economy’s growth rate, Williams estimates, and create up to about 775,000 jobs.

Michael Pugliese, economist at Wells Fargo Securities, said the infrastructure deal would likely have a modest impact on job creation and unemployment but could help the U.S. jobless rate fall below 4% a little sooner in 2023 than it would have otherwise.

Profits for many companies tied to the construction or industrial sector are already projected to gain ground over the next several years as the economy recovers. Any spending measure spread out over years will help secure and boost that growth through contracts for projects and orders for supplies and equipment.

Makers of cranes, bulldozers and other machinery are still only part of the bigger picture. Companies that make asphalt, concrete and other road and building materials are in a good position with any future infrastructure spending. Vulcan Materials and Martin Marietta Materials are among the biggest makers of aggregates in the U.S.

“Remember that in any definition of infrastructure, if it’s new construction, aggregates is going to be in the foundation,” said J. Thomas Hill, president and CEO of Vulcan Materials in a conference call with investors. “So, it’ll help us whether it’s roads and bridges or other forms of infrastructure.”

Paint and coatings makers like Sherwin-Williams and PPG Industries are also in a good position to take advantage of any ramped up government spending. Bridges need paint and other coatings to stay hardy against the elements, while roads and buildings also need a significant amount of paint.