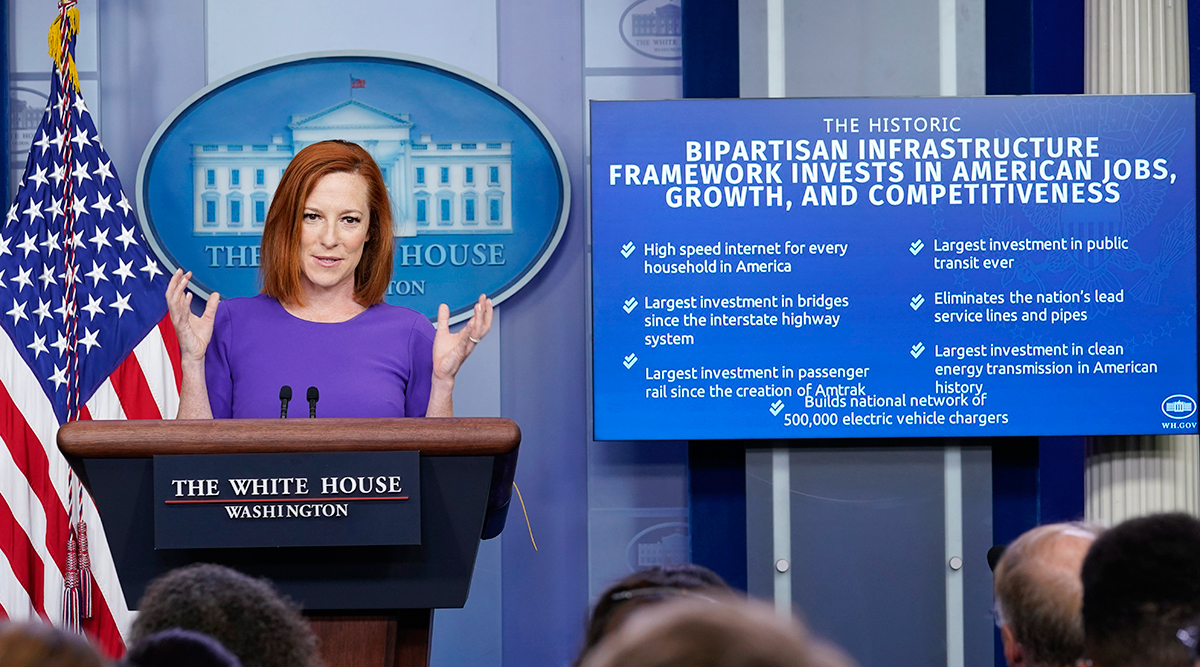 WASHINGTON — Livid and “blindsided” over President Joe Biden’s refusal to sign a bipartisan infrastructure deal without passage of his broader priorities, Republican senators June 25 were frantically considering options as the future of the sweeping compromise appeared in doubt.

The rare accord faced new uncertainty barely 24 hours after Biden strode to the White House driveway and was flanked by 10 senators from a bipartisan group, with all sides beaming over the nearly $1 trillion compromise.

Senators were described as “stunned,” “floored” and “frustrated” after Biden later put the conditions on accepting their deal, according to people familiar with the private conversations and granted anonymity to discuss them.

No deal by extortion!

It was never suggested to me during these negotiations that President Biden was holding hostage the bipartisan infrastructure proposal unless a liberal reconciliation package was also passed. https://t.co/JgYFma6oI0

“I’ve been on the phone with the White House, my Democratic colleagues, my Republican colleagues, all darn day,” said Sen. Rob Portman of Ohio, the lead Republican negotiator, in an interview June 25.

“My hope is that we’ll still get this done. It’s really good for America. Our infrastructure is in bad shape," he said. "It’s about time to get it done.”

White House Press Secretary Jen Psaki, who was asked at her briefing about the GOP dismay, said senators should not have been surprised by the two-track strategy that Biden has publicly discussed.

“That hasn’t been a secret, he hasn’t said it quietly, he hasn’t even whispered it,” she said. Psaki said the president stands by the agreement and expects the same from the senators.

The path ahead is now uncertain.

Senators launched into calls June 25 seeking answers from the White House after a tumultuous past month of on-again, off-again negotiations over Biden’s $4 trillion infrastructure proposals, his top legislative priority.

Voting on the compromise package was always expected to be delayed until the end of the Senate’s July work period. The Democrats’ two-track strategy has been to consider both the bipartisan deal and their own more sweeping priorities side-by-side.

But Biden’s vow to essentially veto or refuse to sign the bipartisan accord without the companion package being negotiated by Democrats and now expected to near $6 trillion alone throws the process into doubt.

Senators who were part of the bipartisan group were never told of such an explicit linking of the two packages, the two people familiar with the discussions said.

It never came up in their talks with the White House advisers or with Biden himself during the June 24 meeting of the group of 10 key negotiators, they said.

Only after senators tuned in later to Biden’s second news conference, where he outlined the path ahead, did frustrations mount and frantic phone calls begin.

Senate Republican leader Mitch McConnell of Kentucky signaled the sudden turn of events when he declared that Biden’s messaging from his two news conferences June 24 “makes your head spin.”

Ten Republican senators would be needed to pass the bipartisan accord in the 50-50 Senate, where 60 votes are required to advance most bills. It appears that McConnell’s criticisms of the way Biden is handling the process could peel away their support.

Democrats plan to push the broader package through using a special budget process that would allow passage of their own priorities on a simple majority vote of 51 senators, with Vice President Kamala Harris a tie-breaker.