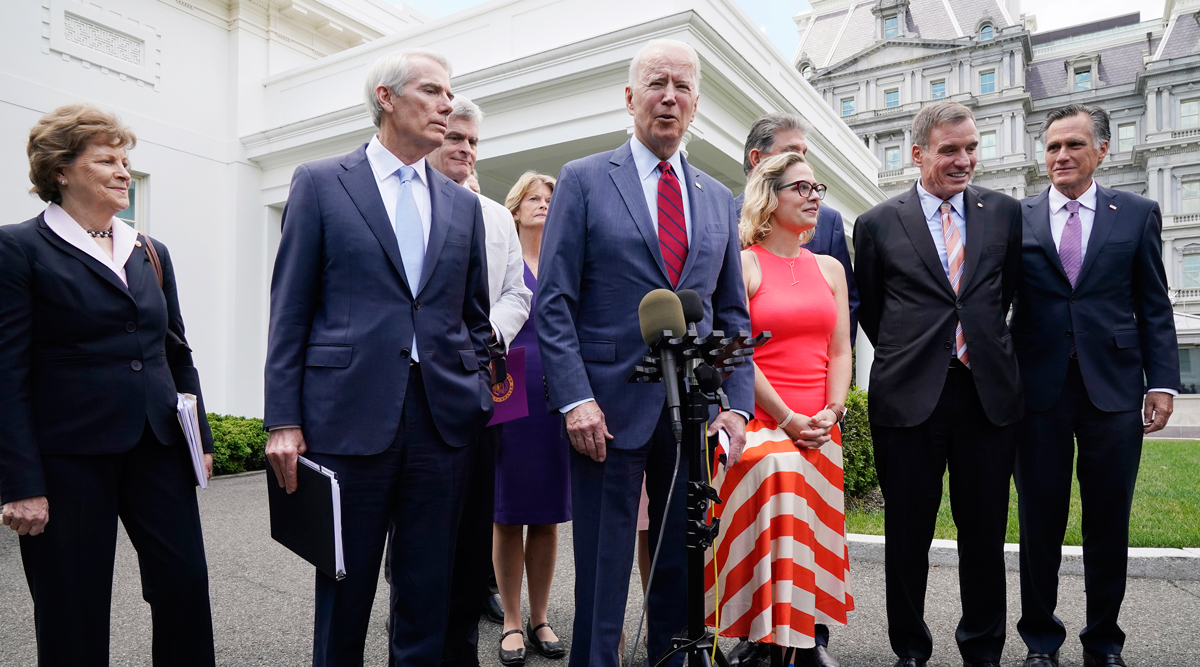 A $1.2 trillion infrastructure package that would dedicate more than $100 billion to roads and bridges and send billions more to mobility projects nationwide was reached by President Joe Biden and a bipartisan group of senators on June 24.

The president insisted the infrastructure deal would improve connectivity along freight and passenger corridors, address climate change and create job opportunities. Biden also emphasized the deal pointed to the ability to achieve compromise on Capitol Hill on matters such as infrastructure, which had traditionally garnered support from Democrats and Republicans.

“This deal means millions of good-paying jobs and fewer burdens felt at the kitchen table, and across the country safer and healthier communities,” Biden told reporters June 24. “It also signals to ourselves and to the world that American democracy can deliver.”

We’ve struck a deal. A group of senators – five Democrats and five Republicans – has come together and forged an infrastructure agreement that will create millions of American jobs.

According to the White House, the framework would “repair and rebuild our roads and bridges with a focus on climate change mitigation, resilience, equity and safety for all users, including cyclists and pedestrians,” and “upgrade our power infrastructure, including by building thousands of miles of new, resilient transmission lines to facilitate the expansion of renewable energy.”

To fund the plan, neither the White House nor the bipartisan group of lawmakers endorsed raising fuel taxes or increasing the corporate tax rate. Instead, they agreed to redirect unused unemployment insurance relief funds, repurpose unused pandemic relief aid, reinstate fees for chemicals at environmental sites and facilitate the use of public-private partnerships at states and municipalities, among other financing proposals.

“This is about long-term capital investments to help the economy, make it more efficient, make it more productive,” said Sen. Rob Portman (R-Ohio), a principal negotiator on the policy framework. “It’s going to have a positive effect on the economy. It doesn’t affect inflation because, in effect, it’s adding to the supply side rather than the demand side, which is the issue with short-term stimulus spending. I think this is a good thing for the economy right now. It’s consistent with what every president over the last four or five have been asking for but haven’t been able to get done.”

“This agreement is the result of good-faith negotiations across the aisle that occurred over the last several weeks,” added Sen. Jeanne Shaheen (D-N.H.). “We kept talking. We kept listening. We kept working. And together we found common ground. This is how government can and should operate. This is step one, but let’s keep it going. Our work goes on.”

Despite the compromise reached on infrastructure, it remains uncertain when a bipartisan infrastructure bill would reach Capitol Hill, and what degree of support such comprehensive policy legislation would receive. Prior to the president’s announcement, House Speaker Nancy Pelosi (D-Calif.) insisted an infrastructure funding package would need to complement a budget-centric measure. This two-track legislative approach to advance infrastructure legislation would focus on climate change and workforce development, and ensure taxes are not raised on individuals earning less than $400,000 annually.

“I think it would be really important to demonstrate the bipartisanship that has always been a hallmark of our infrastructure legislation,” said the speaker. “This is really important — what the President Biden and (Vice President) Harris administration is doing. It really should give people hope. It’s transformative, if not revolutionary. It’s transformative in that we’re talking about doing infrastructure in a way that is about the future; that protects our planet, that is resilient and green and sustainable.”

Separate from the infrastructure deal, Pelosi scheduled floor consideration in the chamber for a five-year, $547 billion highway policy legislation that her caucus is promoting as a key piece of Biden’s infrastructure agenda. 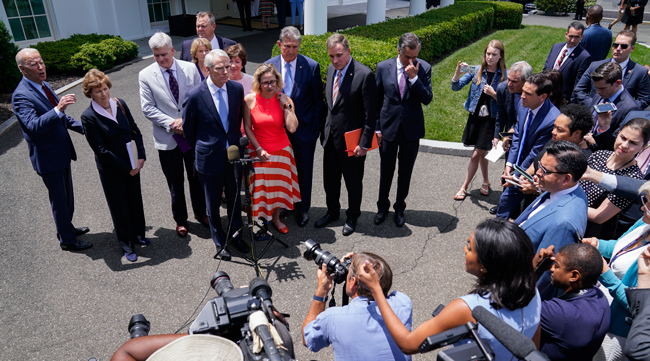 The proposed plan would include $559 billion in new spending. (Evan Vucci/Associated Press)

The Investing in a New Vision for the Environment and Surface Transportation, or INVEST, in America Act would approve $343 billion in funding for roads, bridges and climate change programs. It also would approve about $100 billion for transit operations and $95 billion for freight and passenger rail programs.

Ahead of the floor debate, Rep. Peter DeFazio (D-Ore.), chairman of the transportation panel, said: “Infrastructure is calling, and we are answering with bold legislation that invests in American workers and communities.”