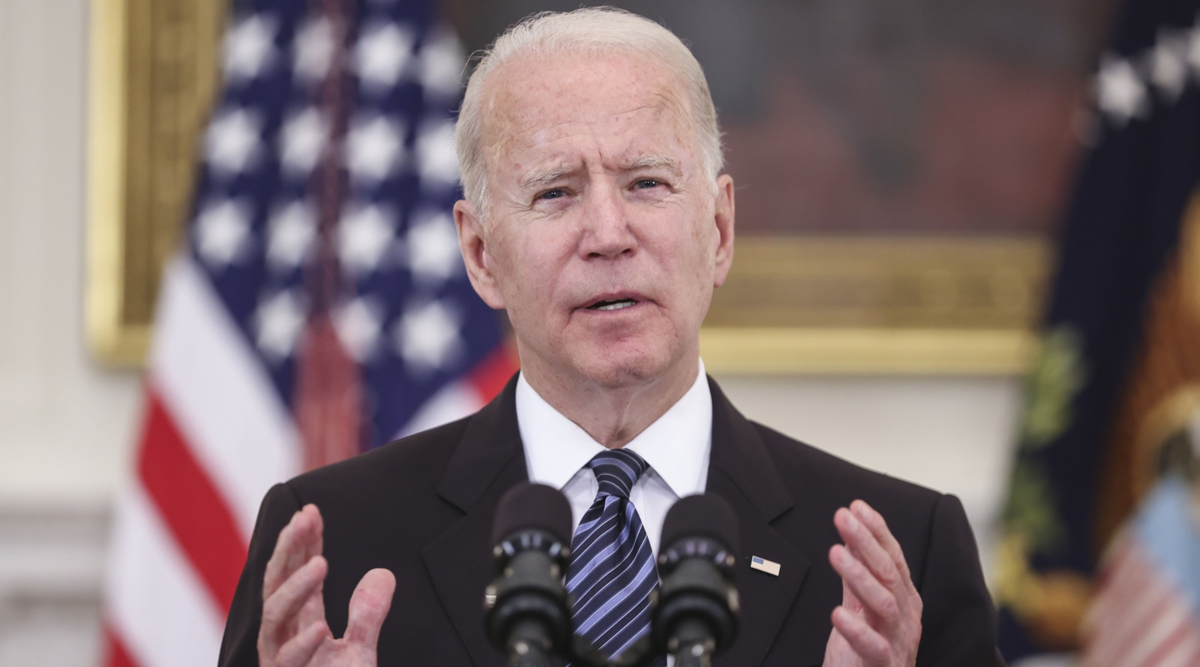 President Joe Biden and a group of bipartisan senators are close to agreement on a $559 billion infrastructure plan that would fulfill one of his top priorities, according to lawmakers and officials familiar with the discussions.

UPDATE: Biden says, "We have a deal."

Biden will meet with the senators June 24 at 11:45 a.m. Washington time, and White House aides involved in the talks indicated to the lawmakers that he would support the plan once the details are nailed down, two people familiar with the matter said.

“We are very, very close,” Republican Sen. Rob Portman of Ohio, one of the leaders of the Senate group, said after the June 23 round of discussions with Steve Ricchetti, counselor to the president, and other Biden aides.

Although some of the details of the package for roads, bridges and other projects are still to be resolved, White House Press Secretary Jen Psaki said the talks had produced enough progress toward a potential agreement that the “president has invited the group to come to the White House tomorrow to discuss this in person.”

Senate Majority Leader Chuck Schumer said he and House Speaker Nancy Pelosi had agreed to try to hold votes on a bipartisan infrastructure package and a budget resolution setting up fast-track legislation with the rest of Biden’s $4 trillion economic plan in July. 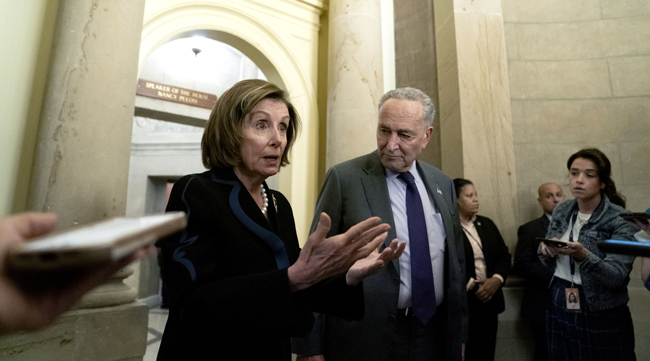 The 10-member bipartisan group announced agreement on a framework for an infrastructure plan late June 23 following days of negotiations with key administration aides.

“We didn’t agree on everything,” Portman said, adding that the group also would begin reaching out to other lawmakers to drum up support.

Ricchetti declined to comment as he left the negotiations except to say, “we had a really good meeting.”

The meeting with Biden marks a significant step forward in the effort to put together a package of infrastructure spending that can draw enough votes from both parties to get through Congress, particularly the Senate where at least 10 Republicans would have to support advancing the legislation.

Previous attempts to negotiate an agreement with Republicans led by West Virginia Sen. Shelley Moore Capito collapsed after Biden rejected their proposal as inadequate. The bipartisan group, a core of five Democratic and five GOP senators, then began working on their own approach.

The Senate group was striving to reach an agreement before the chamber leaves Washington for a two-week break that begins June 25. 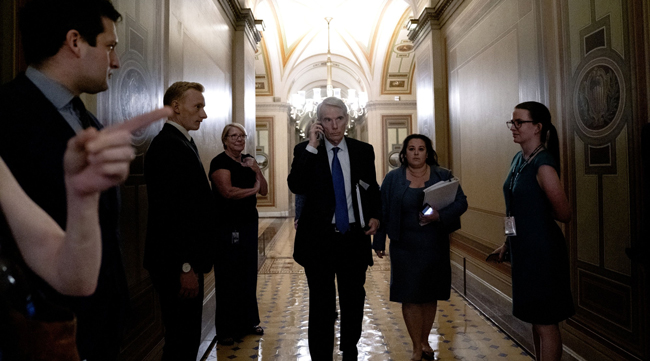 The senators didn’t provide details on their framework. The amount of new spending in the plan decreased to $559 billion from $579 billion by re-purposing $20 billion in previously appropriated broadband funds to count as part of the $65 billion in broadband funding that was part of their original framework, according to a person familiar with the matter.

Republicans in the group dropped their proposal for tying the gasoline tax to inflation and putting a fee on electric vehicles, which the administration opposed. They had been haggling over how much revenue could be raised to offset spending through stricter enforcement of tax law.

The group proposed $40 billion in Internal Revenue Service funding to yield $103 billion. The White House has claimed that an $80 billion investment and changes to IRS bank data access could yield $700 billion.

“I would call this a much sturdier framework that obviously we wouldn’t be going to the White House if it didn’t have broad based support,” said Sen. Mark Warner, a Virginia Democrat and a member of the group.

In addition to receiving Biden’s support, the senators must get congressional leaders of both parties on board to assure support in the evenly divided Senate, where 60 votes will be needed to get the legislation passed. Success also will hinge on whether progressive Democrats in the House and Senate are assured that their priorities are met in a separate, more expansive package that would use a fast-track procedure known as reconciliation to clear the Senate without needing GOP votes.

‘We can’t pass one without the other’

Moving Biden’s agenda on dual tracks was the subject of a separate meeting the night of June 23 that Schumer and Pelosi had with Ricchetti and other top aides to Biden. Progressives in the House have warned they won’t back a bipartisan infrastructure plan until the rest of Biden’s agenda is ready for a vote.

“We need both. We can’t pass one without the other,” Schumer said of the infrastructure legislation and the reconciliation package.

He said Congress would vote on the budget resolution setting up a fast-track process in July, while leaving the subsequent reconciliation legislation enacting Biden’s agenda for later.

The House will vote on parts of an infrastructure package next week, and lawmakers have talked of going into House-Senate conference talks to forge a final bill if the Senate passes the emerging bipartisan deal.

It’s not yet clear if Democrats will try to use either the infrastructure bill or subsequent reconciliation bill to raise the nation’s debt ceiling. The debt ceiling comes back into effect on Aug. 1, but Treasury can likely delay a payments default into the autumn.

Erik Wasson, Laura Litvan and Jenny Leonard were the primary contributors to this report.