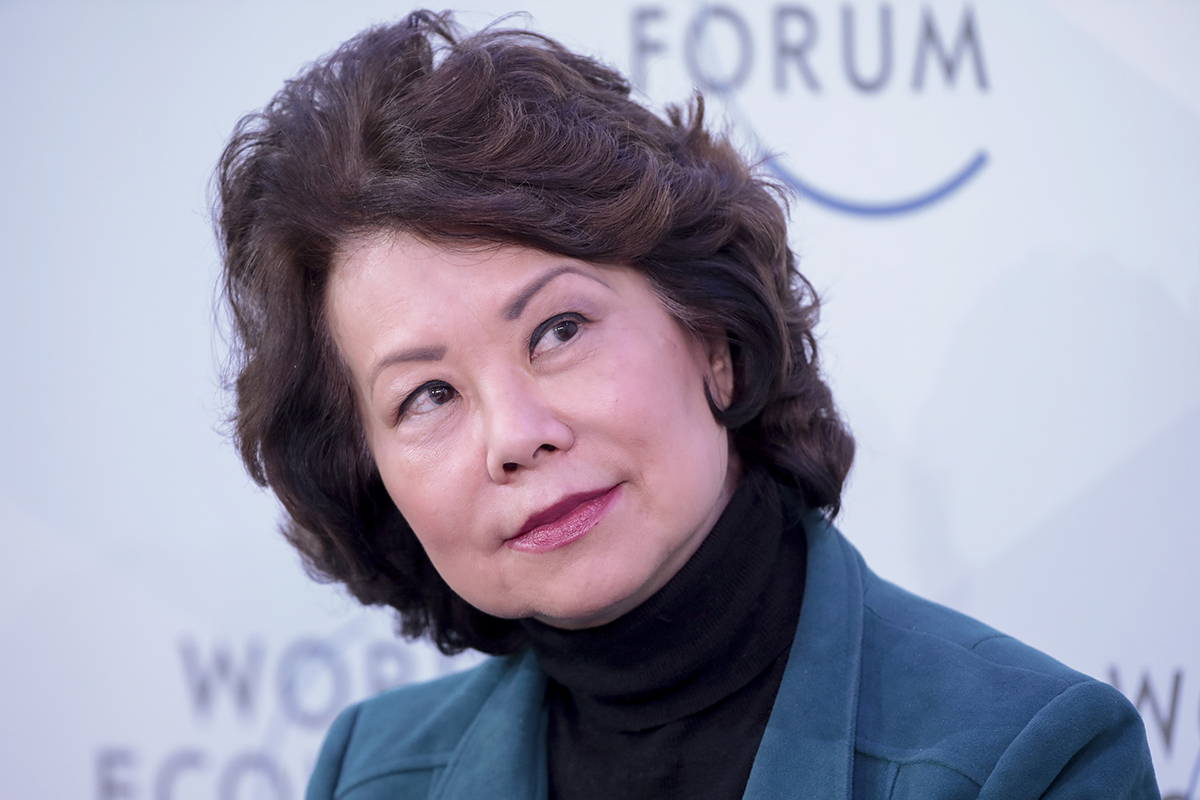 President Donald Trump’s signature legislative goal for 2018, a long-term infrastructure funding proposal, is likely to bring feuding Republicans and Democrats together to the negotiating table following a bruising immigration debate that resulted in a mini-shutdown of the federal government.

That’s the assessment of the political landscape from the country’s top transportation officer, Elaine Chao.

“I’m hoping that on infrastructure, that will give us a chance to be bipartisan, because we want the infrastructure bill to be a bipartisan effort,” the transportation secretary told Fox Business’ Maria Bartiromo in Davos, Switzerland, on Jan. 25.

“Currently, there’s great disagreement as to how to fund it. So as I mentioned, the Republicans are saying that we will put $200 billion of the $1 trillion, let the private sector come in, because there’s a lot of money in the private sector, and the Democrats are saying that they want 100% financing of the $1 trillion, which obviously would be an incredible deficit-spending proposal, and it would create some havoc, also, with the private markets, as well,” she continued.

Trump said this week he would reveal details of his infrastructure plan during the State of the Union address Jan. 30. His infrastructure adviser, D.J. Gribbin, told mayors at their winter meeting in Washington, D.C., on Jan. 25 that the proposal would not consist of reductions to existing formula funding programs.

“We will propose repurposing those dollars,” Gribbin said. “What we’re not proposing is eliminating the Highway Trust Fund or the State Revolving Fund. We do want to repurpose some dollars.”

Biden Meeting to Test Support for Infrastructure Plan in Congress

Infrastructure Bill Could Pass Committee in May, Carper Says