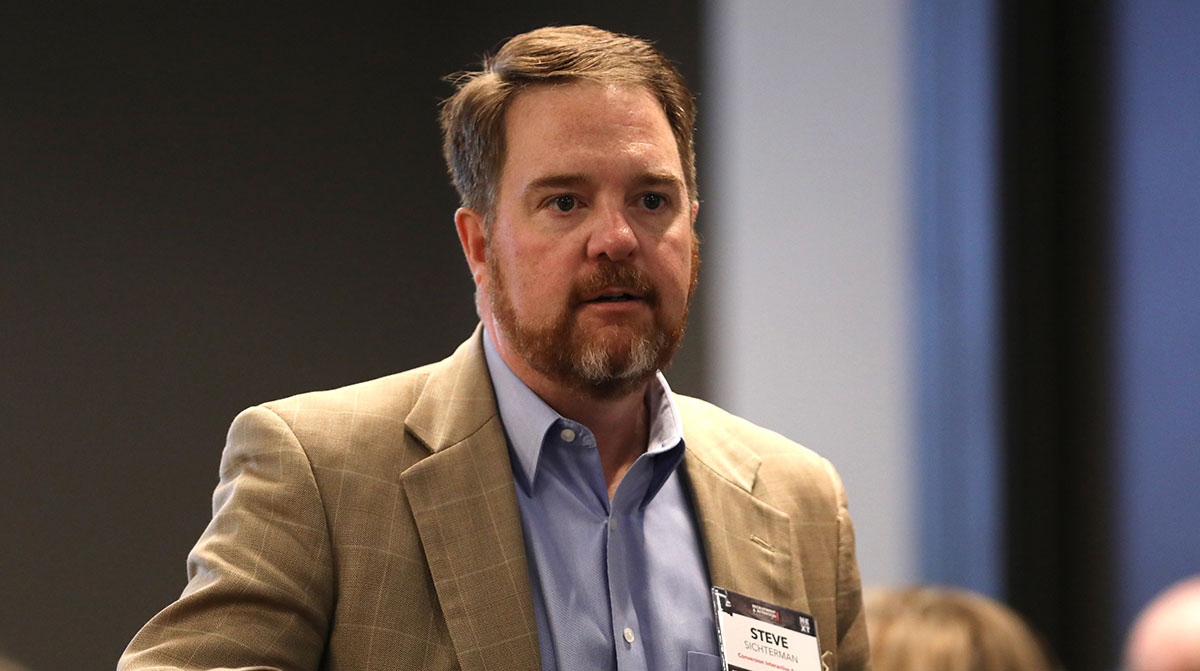 "I think all of us have taken a look at our lives and said this is where I want to be and what I want to do,” says Steve Sichterman, Conversion Interactive Agency vice president of client services. (John Sommers II for Transport Topics)

NASHVILLE, Tenn. — Trucking industry recruiters face unprecedented challenges with a tight overall labor market, the ongoing driver shortage and a growing number of drivers who have tested positive for drugs or alcohol and have not begun the process to obtain treatment and eventual reinstatement.

Those were some of the concerns raised by recruiters and trucking officials at the annual Recruitment and Retention Conference. It was the first time recruiting professionals specifically had met since February 2020, when the gathering was held just days before the COVID-19 pandemic took hold.

The nature of driving is changing as recruiters say they hear more drivers want positions in which they are home more and driving regionally, rather than longer over-the-road trips.

This is the first year in the history of the @TransportTopics Recruiting Professional of the Year Award in which all nominees have been women! #RRConf2021 pic.twitter.com/nrDseF6837

“I think for a lot of drivers last year, they saw that they couldn’t get home, and once they did get home, they saw the things they were missing in their families’ lives, and it makes you take a look at that,” Steve Sichterman, Conversion Interactive Agency vice president of client services, told Transport Topics. “I think all of us have taken a look at our lives and said this is where I want to be and what I want to do.”

Conversion Interactive Agency, an advertising firm specializing in recruitment, hosted the event in conjunction with TT and American Trucking Associations.

Many trucking professionals expressed concerns that recruiters often are competing against recruiters, as the pool of drivers remains limited and there are not enough new entrants to replace those who are leaving. 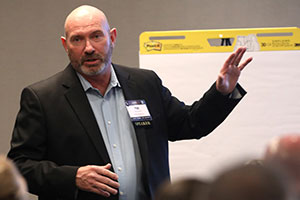 Tim Norlin of Roehl Transport says recruiting will be a challenge for companies whose drivers are not going home every night. (John Sommers II for Transport Topics)

“In this market, unless you’re a top-tiered paying company and your drivers are going home every day, it’s going to be a challenge,” Tim Norlin, Roehl Transport vice president of driver recruitment, said to recruiters at one of the sessions.

“There is no silver bullet. We’re all short drivers, and there are not enough coming in. All we are doing is chasing each others’ drivers with higher cents per mile, a bigger sign-on bonus, more paid time off.”

Marshfield, Wis.-based Roehl ranks No. 73 on the Transport Topics Top 100 list of the largest for-hire carriers in North America.

Norlin and Sichterman said enrollment at driver training schools is rising, a development largely attributable to the favorable public perception of truck drivers as they carried out their work during the pandemic.

During a panel discussion on FMCSA’s Drug and Alcohol Clearinghouse, program chief Bryan Price said that as of last month 91,370 drivers had been declared ineligible because of a positive test and only 18,926 have applied for reinstatement.

While the number of disqualifications is inching up, he said 53% were for marijuana or THC-related violations, and 13% were for drivers who refused to take a drug test.

“These aren’t tests verified with the results being marijuana or cocaine,” Price said. “This is higher than I expected it to be, and a common scenario is a driver is selected for a random test, and they say, ‘You know, I’m going to quit this company, I’ve got another job lined up, and I’m not taking the test.’ ”

However, Price said once the driver refuses, it comes with the same consequences as a positive drug test.

While attendees expressed optimism over the passage of the $1 trillion Biden infrastructure bill, they said they were extremely pleased it includes a pilot program for trucking companies to hire 18-, 19 -and 20-year-olds to drive interstate. 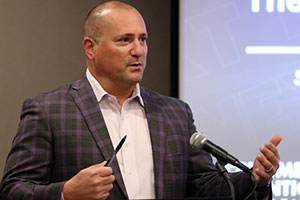 “I think this is a step in the right direction, DriverReach founder and CEO Jeremy Reymer told TT. “If the data proves young people can drive safe, even safer than their counterparts who are over 21, I think it will lead to a longer-lasting federal rule, but that may be five to 10 years down the road.”

The pilot allows 3,000 young people to obtain a CDL license, but they will be required to undergo a rigorous training system before being allowed to drive solo across state lines.

Another speaker, Matt Roland, vice president of business development at Veterans in Trucking, told a gathering that trucking should redouble its efforts to attract military veterans.

Carriers Must Look Beyond Pay to Attract Drivers, Data Shows