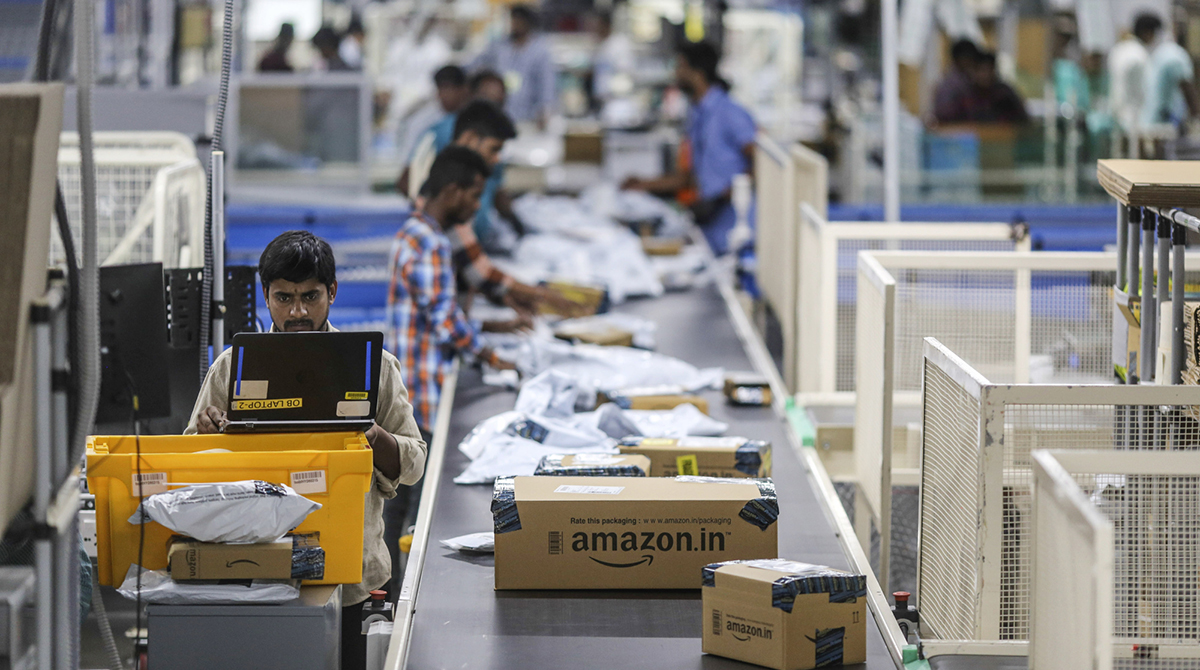 An employee uses a laptop computer while packages move along a conveyor belt at the Amazon.com fulfillment center in Hyderabad. (Dhiraj Singh/Bloomberg News)

India’s new rules for foreign e-commerce platforms may be designed to protect local companies from Amazon.com and Walmart Inc., but consumers are likely to suffer the collateral damage.

Online marketplaces must treat all vendors equally by providing the same terms, India’s trade ministry said Dec. 26. In practice, this means barring e-commerce companies from forcing a seller to feature products exclusively on their platforms, and limiting ownership or control over the marketplace’s inventory. The government says the changes will promote fair trade and curb foreign companies’ influence in setting domestic prices.

This could mean that platforms offered by e-commerce giants such as Amazon and Walmart’s Flipkart may be prohibited from offering their own goods — such as the Echo smart speaker — at heavy discounts, while allowing rivals the opportunity to sell previously proprietary products.

“Consumers in India will most likely bear the brunt of these changes and be negatively impacted,” said Jennifer Bartashus, a retail industry analyst for Bloomberg Intelligence. “Prices will go up as discounts evaporate, and product options and availability may contract as e-commerce marketplaces strive to remain compliant with the new rules.” 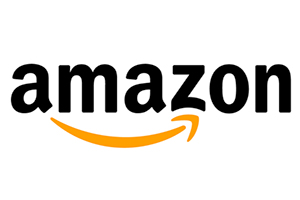 The rules could be a blow for the U.S. companies, which are attempting to crack India’s consumer market and capture its growth potential. Amazon lost an estimated $3 billion on its international efforts last year, and analysts believe most of that was in India.

Currently, India’s regulation means that foreign investors are prohibited from running online platforms directly, barring them from selling anything other than food directly to consumers.

Foreign investors have circumnavigated this rule by investing in joint ventures with local businesses, and everything on the Amazon.in marketplace is listed by an independent seller.

The new rules are an attempt to stop foreign companies from using the existing loophole. Foreign investors that have an equity stake in a platform also will not be permitted to sell their products on it.

The new rules, effective Feb. 1., could help Prime Minister Narendra Modi’s Bharatiya Janata Party win support of local traders — a key voting bloc for the party that suffered defeats in provincial elections this month. The south Asian nation is key to global retailers as it has a billion plus population but only a few million of them own smartphones, offering them the opportunity of exponential growth in online consumption.

“It’s a big achievement after a long struggle,” Praveen Khandelwal, secretary general of Confederation of All India Traders, said in a statement. “If it is implemented in proper spirit, malpractices and predatory pricing policy and deep discounting of e-commerce players will be a matter of past.”

In response to an inquiry from Bloomberg, Walmart’s Flipkart unit said e-commerce has the potential to create millions of jobs for India and any policy changes will have “long-term implications in the evolution of the promising sector.”

“It is important that a broad market-driven framework be developed through a consultative process in order to drive the industry forward,” Flipkart said in an e-mailed statement.

The new rules will create uncertainty for Flipkart as the company evaluates any strategy changes, Bloomberg Intelligence’s Bartashus said. If foreign players’ ability to offer products at discounted prices is hindered, that could impact sales and profitability, she said.

Ivan Feinseth, an analyst at Tigress Financial Partners, said that the rules are politically motivated and will create higher prices for Indian consumers. The impact likely will be less for big e-commerce players such as Amazon and Flipkart, meanwhile, since they already offer products from local merchants and will be able to operate with little or no profits for awhile in a bid to gain market share.

“This is overall bad for the consumer, but it has been good for the current Prime Minister Narendra Modi,” Feinseth said. “The local vendors cannot compete on the scale.”

Walmart, Others Amass $45 Billion in Extra Stuff to Sell