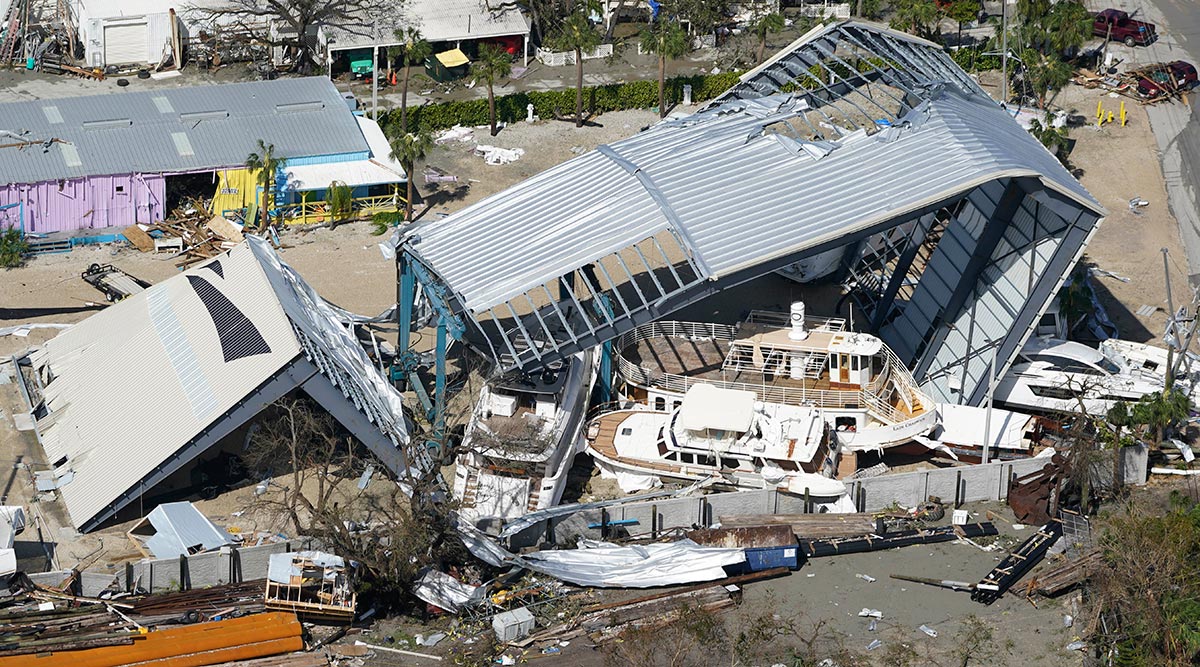 Major ports and rail facilities across the U.S. Southeast have halted operations as one of the strongest hurricanes to ever hit the country advances as a tropical storm, causing disruptions along the way and resulting in another blow for already strained supply chains.

Jacksonville, the largest container port in Florida and a main trade gateway for auto shipments, shut down Sept. 28 and will remain closed until the Coast Guard authorizes operations to resume, spokesperson Chelsea Kavanagh said in an emailed statement. The hub is “on standby to assess any damage and reopen port facilities as soon as possible,” she added.

All other Florida ports, including Miami and Tampa, have either closed or have implemented some restrictions, and Coast Guard crews are doing assessments on each hub to decide how and when to open them, said Nicole Groll, a public affairs officer for the agency.

As the tropical storm heads north and regains strength, Georgia’s port of Savannah, the largest container port in the Southeast, is allowing ships at anchor to leave toward safer locations, but is closed for new arrivals. Meanwhile, South Carolina’s port of Charleston plans to suspend all marine terminals operations Sept. 30.

Tied for the fifth strongest hurricane to hit the U.S. mainland, Ian came ashore Sept. 28 in Florida, displacing residents and leaving more than 2.6 million people without electricity. The storm is expected to regain hurricane strength over the Atlantic and hit South Carolina with a life-threatening storm surge on Sept. 30, the National Hurricane Center said. The extent of the casualties remained unclear as of midday Sept. 29.

Governors in South Carolina, Georgia, North Carolina and Virginia have all declared emergencies in advance of the storm’s arrival. Early estimates from Enki Research show Ian could cost $60 billion to $70 billion in economic damage, which would make it the sixth-costliest storm in U.S. history.

Here's the latest on #Ian.

• #Ian remains a tropical storm and has moved into the Atlantic Ocean.

• Another landfall is expected along the South Carolina coastline tomorrow as a category 1 hurricane.

At the same time, Jacksonville-based freight carrier CSX Corp. has halted operations at several intermodal and auto-handling terminals in Florida, and has warned customers that rail shipments are likely to be delayed in and out of the state. Norfolk Southern Corp. also reduced its operating capacity Sept. 29.

East Coast ports are increasingly stealing market share from their biggest competitors in California, a trend that has accelerated amid the pandemic-era demand boost that had resulted in a line of more than 100 ships waiting to unload outside of the nation’s largest ports in Los Angeles and Long Beach last year.

Still, the shift to the Atlantic coast has led to renewed congestion in places including South Carolina and Georgia, which is likely to worsen as shippers divert cargo from Florida to neighboring ports, said Spencer Shute, principal consultant at supply chain consulting firm Proxima.

“This is definitely going to have some major impacts in terms of delays,” Shute said. “When you think about how the ports and volumes are already shifting, when you start taking ports offline because of the hurricane, that just makes that line go somewhere else, or freight has to sit and wait.”

— With assistance from Michael Sasso and Katia Dmitrieva.