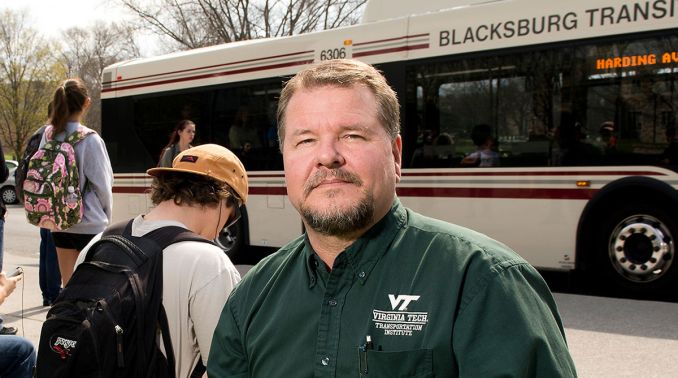 An Interstate 81 coalition wants to form a multistate team to apply for federal funds to improve truck parking following a recent roundtable discussion with six states about inadequate spaces along the vital eastern U.S. freight corridor.

Andy Alden, executive director of the I-81 Corridor Coalition, told Transport Topics about trying to seize momentum gained from conversations during a June 29 virtual truck parking roundtable it co-sponsored with the Federal Highway Administration.

“There are some interesting federal funding opportunities becoming available, and there is a pretty big focus on multistate partnerships,” Alden said, adding the federal government also is looking at supply chain and freight issues. “We’re hoping to put together a team of the states along the corridor that might be willing to work together to go after some of that funding and then to do something with it.”

In 2011, the six states formed the I-81 Corridor Coalition to improve freight and passenger movement along the corridor.

“Despite having 31 commercial truck stops with more than 4,800 truck parking spaces and 47 rest areas, truck parking is at a premium, along the corridor,” according to a 2014 Virginia Department of Transportation report.

The roundtable was attended by officials from state departments of transportation in Pennsylvania, Tennessee and Virginia along with a Maryland transportation consultant and West Virginia executive from a metropolitan planning organization.

Alden acknowledged challenges to the problem include not only finding physical space but having to include security and basic services, especially with more women truckers.

“The real answer is not technology or policy,” commented Alden, who is also program lead of demonstration and deployment research at the Virginia Tech Transportation Institute. “It’s not a simple flip-of-the-switch type thing.”

Another problem is determining how many spaces are needed along I-81. State DOTs don’t usually focus on a single interstate when projecting needed spaces, but look at statewide spaces and numbers of freight trucks traveling on roads there.

Alden said the problem is obvious to anyone who drives I-81.

“Around 5 o’clock at night, you’ll start seeing a bunch of trucks that are parked on on-ramps or off-ramps, or illegally along the side of the road in different places and that’s really a telltale sign that there is just not enough parking available,” he said.

An October 2018 VDOT study reported that near the Tennessee state line on I-81, 350 truck parking spaces are needed to supplement the current 1,550 in both public and private lots, while a shortage of 600 spaces exists in the southbound direction despite 1,900 available public and private parking places.

It stated that today’s semi tractor-trailers are often substantially larger than those in use when many of the I-81 public facilities were built — making most existing public truck parking spaces undersized and without wider turning angles.

“Evidence of undersized facilities, in the form of damaged shoulders, broken curbs and damaged light poles, is common at existing rest areas” along the I-81 corridor in Virginia, the report commented.

VDOT statistics indicate trucks amount to 20% to 30% of traffic in some sections of I-81, which carries 42% of Virginia’s statewide truck traffic. Also between the hours of 4 p.m. and midnight, 63% of truck drivers in Virginia spend more than 15 minutes looking for parking places.

“The real safety problem with truck parking is when truck drivers don’t have a good place to get a good night’s sleep, they tend to drive drowsy,” Alden said. “At least two of our states, maybe three, reported that during COVID when the hours-of-service regulations were rescinded temporarily because of supply chain issues, they saw a big uptick in the number of drive-off-the-road crashes that were occurring in trucks and that’s a pretty clear indicator that those drivers were falling asleep at the wheel.”

During the truck parking roundtable, transportation officials said a potential solution was to seek private sector support to address the problem.

New York floated partnering with shippers and receivers to explore opportunities for facilities to allow truck parking with early arrivals and staging.

Pennsylvania advocated working with land developers and public-private partnerships, while Maryland noted the importance of understanding how to create programs that attract private sector support and participation.

As for potential barriers that would impede the implementation of state actions to increase truck parking spaces, New York and Tennessee noted public opposition described as “not in my backyard.”