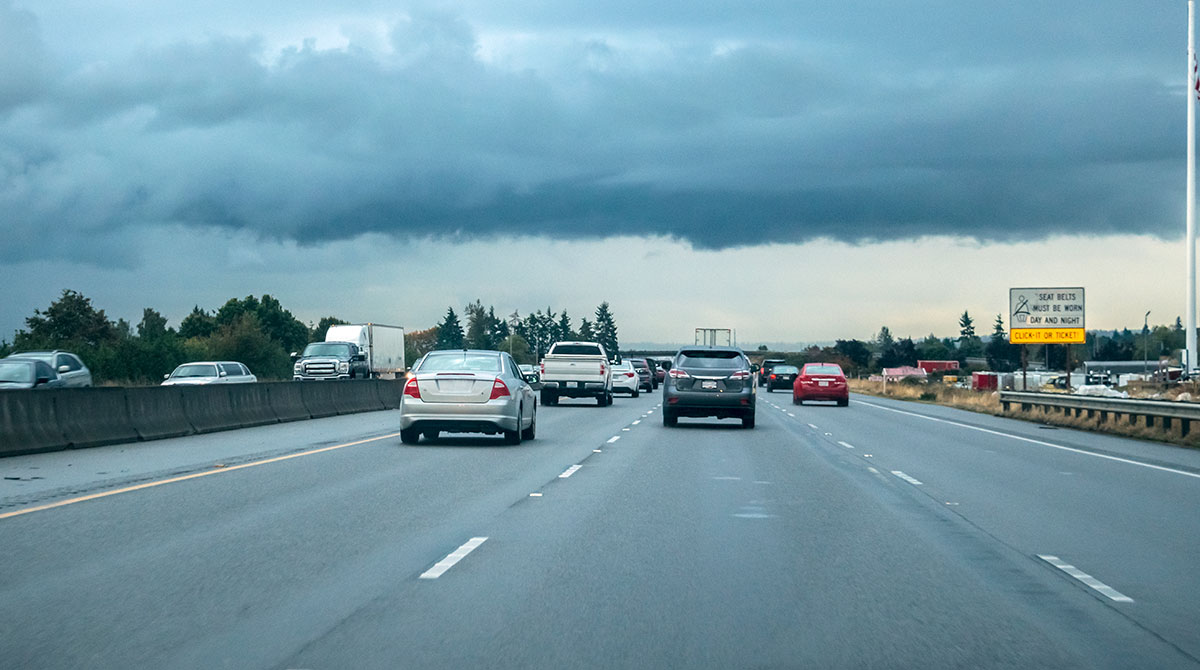 I-5 South near Everett, Wash. A new report rates the I-5 corridor the most productive for self-driving trucks. (Getty Images)

Of all the freeways in the United States, the most productive corridor for self-driving trucks appears to be Interstate 5 through Washington and Oregon, according to a report released this week by the Kirkland, Wash.-based Inrix data company.

Runners-up are I-95 from Jacksonville, Fla., to Miami; I-75 from Valdosta, Ga., to Miami; I-70 from Utah to Kansas; and I-85 from northeast Georgia to Greensboro, N.C., where companies could reduce the cost to move freight once self-driving vehicle technologies are ready.

Inrix looked at four criteria to make the rankings.

First, I-5 carries a lot of freight. State counts show nearly 21,000 daily truck trips through Tacoma and 12,000 at Longview.

Second, the highway is less congested than several other U.S. freeways on a 24-hour basis to operate trucks — despite Inrix’s own assertion this spring that Everett experiences the nation’s worst peak-time highway delays. Congestion eases throughout southern Washington and southern Oregon for interstate trips.

Third, the corridor is long — some 637 miles between Vancouver, British Columbia, and Yreka, Calif., where a self-guided truck could roll for hours at a time.

A sign shows direction on Interstate 5 to Portland, Ore., Seattle and The Dalles, Ore. (Getty Images)

Finally, high incident rates throughout I-5 can cause sudden slowdowns. Autonomous trucks may be more valuable in avoiding secondary crashes if they can “see farther ahead” and reduce speed sooner than human drivers, Inrix spokesman Mark Burfeind said.

Inrix chose its criteria based on a future business model in which an autonomous truck powered by electric batteries or diesel-hybrid motors would cross long highway miles and then be taken over by people who would pilot the rigs through crowded cities to the final loading dock or port, said Avery Ash, Inrix’s autonomous vehicle director.

Trucking companies report a national shortage of commercial longhaul drivers, Ash said. According to American Trucking Associations, at the end of 2017, the truckload sector of the industry was short by about 51,000 drivers — and that shortage will grow to 175,000 by 2026 if current trends do not change.

Self-driving experiments are underway in a few states, including Colorado, where an autonomous beer truck covered 132 miles last year while a human on board moved about the cab. The Inrix report predicted few self-driving trucks on the road over the next five years, but they could become ubiquitous in 20 to 50 years. 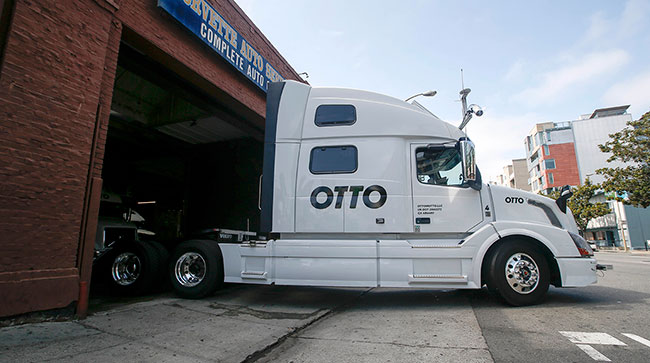 In 2016, Otto teamed with Anheuser-Busch for a 130-plus mile beer delivery that marked the world's first by a self-driving truck. (Tony Avelar/Associated Press)

Inrix ran a separate analysis of safety data, finding that autonomous trucks have the highest potential to avoid collisions on some of the nation’s most crash-prone highways, such as I-75 from Chattanooga, Tenn., to Atlanta; I-45 from Houston to Dallas; I-20 from Dallas to Shreveport, La..; I-95 and I-295 in Philadelphia; and I-95 from New York City to Providence, R.I.

Meanwhile, an investigative report by The Kansas City Star faults the National Highway Traffic Safety Administration and the trucking industry for dragging their feet on available technologies to prevent rear-end crashes in which heavy trucks kill 300 people a year.

Many new automobiles offer automatic braking when an obstacle is detected, while railroads are launching new positive train control systems that can automatically stop a train. However, Ash said the decision to move to fully autonomous trucks is driven mainly by economics, and is a much different choice than whether to install new automated braking systems now for safety’s sake.

Inrix says the study is meant to start a conversation, in which trucking operators and states use its data to inform choices about future routes, Burfeind said.