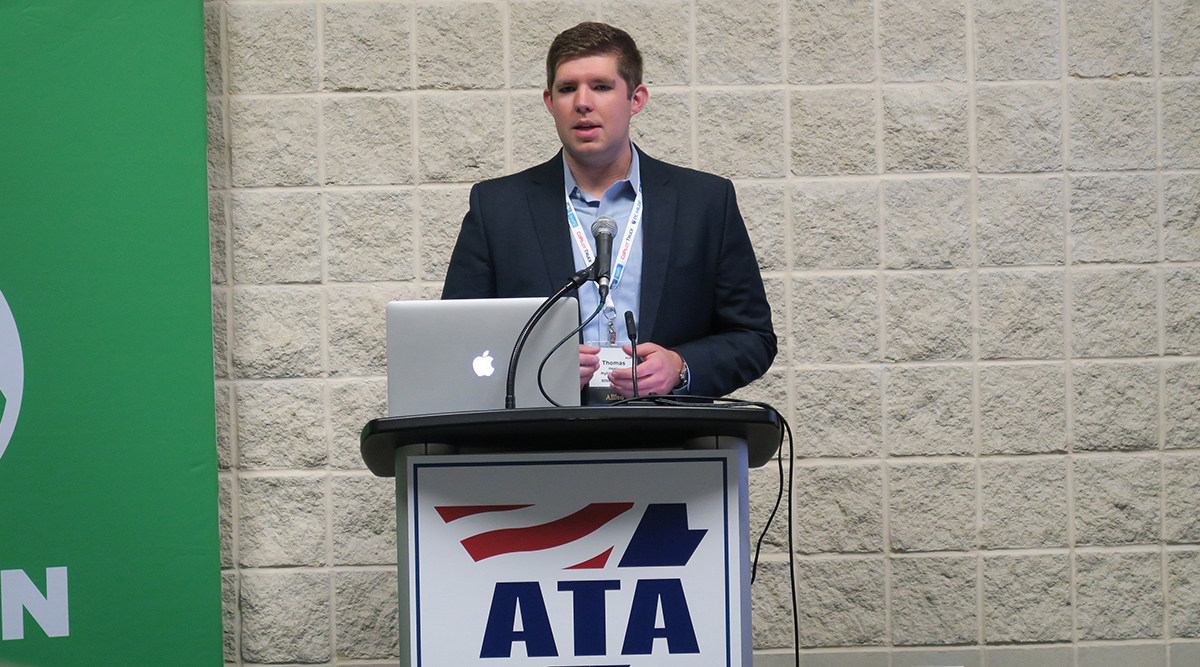 ORLANDO, Fla. — Hyliion announced its 6X4HE System, built around a hybrid-electric axle, is available for longhaul trucks, including as a retrofit.

Hyliion is currently taking orders for the 6X4HE with production starting in November, according to the Pittsburgh-based company.

The system uses hybrid electrification to deliver fuel savings, lower emissions. It includes a telematics feature and an auxiliary power unit that leverages Hyliion’s proprietary cooling system and battery to deliver 18,000 BTUs for 10 hours on a single charge. In addition, two outlets provide electricity in the cab. The 6X4HE is also shore-power enabled.

The aerodynamic components are supplied by FlowBelow, Aero Inc., and placed between and behind the tractor’s rear wheels.

Also, when the truck is slowing down, regenerative braking captures power, then electric power is applied when necessary to keep diesel engines at their most efficient revolutions per minute delivering hybrid fuel savings — useful, for instance, when going uphill.

Possible fuel savings of up to 30% are a blend of three technologies: 15% from electric hybrid, 12% from APU, and 3% from aerodynamics.

This is the second product announcement from Hyliion. The first, which occurred a year ago, was a trailer-based product, whose production was deferred in favor of the launch of the truck product.

“After our trailer product announcement, fleets came to us and asked to have the technology put on trucks. We listened and focused our efforts to first deliver the 6X4HE System with an innovative APU,” Hyliion CEO Thomas Healy said in a statement. “The technology we designed into the trailer product, plus a different approach to an APU, is now available for Class 8 trucks.”

Three leading for-hire fleets were involved in testing and refining the 6X4HE — including Ryder Supply Chain Solutions, which ranks No. 13 on the Transport Topics Top 100 list of the largest for-hire carriers in North America.

Also involved was P.A.M. Transportation Services, which ranks No. 68 on the TT 100.

Mesilla Valley Transportation, which ranks No. 72 on the TT 100, also participated.