In Hunt for Infrastructure Deal, Every Democrat Has Leverage 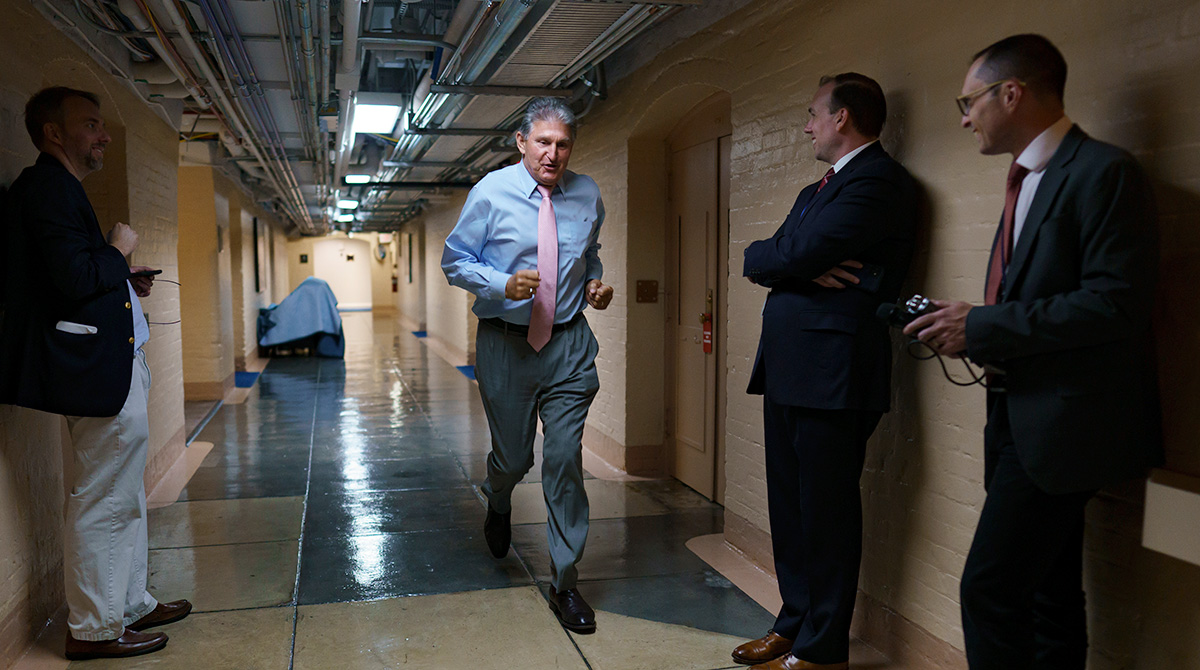 Sen. Joe Manchin, one of the key Senate infrastructure negotiators, rushes back to a basement room at the Capitol as he and other Democrats work behind closed doors in June. (J. Scott Applewhite, File/Associated Press)

WASHINGTON — In a crucial moment for Democrats, party leaders are hunting for a sweet spot that would satisfy their rival moderate and progressive wings on legislation to finance President Joe Biden’s multitrillion-dollar agenda of bolstering the economy and helping families.

With virtually no votes to spare and saber rattling by both Democratic factions, leaders are finding their search for middle ground arduous — even though the president’s push for infrastructure projects and family-centered initiatives is his top domestic priority.

With Sen. Joe Manchin (D-W.Va.) winning the spotlight this year for pulling his party rightward by issuing demands on crucial issues, plenty of centrists and liberals are now using that same playbook. In a procession of meetings with White House officials and congressional budget writers, progressives have insisted that the emerging measures be big and aggressive, while moderates want them to be far more modest.

The leverage every Democrat has flows from simple arithmetic. Expecting unanimous Republican opposition to much of Biden’s package, they need total unity in the 50-50 Senate — plus Vice President Kamala Harris’ tie-breaking vote — and can lose only a very few House votes.

With trillions in spending at their disposal, Democratic leaders have plenty of options for designing programs that appeal to lawmakers’ hometown interests to win votes. More broadly, however, the intraparty fight pits two ideologies against each other — progressives’ eagerness to help needy families, moderates seeking to do so but with fiscal constraints — and their differences are real.

Senate Budget Committee Chairman Bernie Sanders (I-Vt.) recently floated an enormous $6 trillion proposal for infrastructure, climate change, health care and other programs that many progressives love. It goes well beyond Biden’s vision of spending about $4 trillion on similar projects. Manchin has said he wants to pare it back further, a view many moderate Democrats endorse but that progressives say would eviscerate the president’s agenda.

Sanders is now immersed in talks with his panel’s Democrats on finding a compromise on spending and offsetting revenues.

The party is hoping he can craft a budget resolution — the first step in Congress’ creaky process for churning out spending and tax bills — that Democrats can push through the Senate and House this month. Lawmakers likely would work on detailed bills actually providing the funds and revenue this fall. 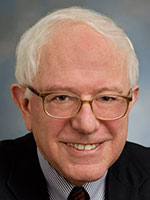 Lawmakers, aides and lobbyists say Sanders is running into resistance from moderates and will be lucky to come close to even Biden’s $4 trillion. And while moderates and progressives generally have refrained from sniping and publicly drawing lines in the sand, they’re not bashful about voicing their views.

Progressives are just as assertive. To maintain leverage, they’re demanding that Congress not approve a bipartisan Senate compromise providing $1.2 trillion for roads, pipelines and other infrastructure projects until there’s also a second bill providing additional money for health care, housing and other programs, which is unlikely to win GOP votes.

That strategy has won support from House Speaker Nancy Pelosi (D-Calif.), with Biden also favoring the two-track approach. But moderates eager to notch an infrastructure win and less wedded to a huge, separate bill expanding family-centered programs are pushing back, saying they want Congress to pass the bipartisan infrastructure bill as soon as this month.

“And when you have the votes you should take the vote,” she said.

Countering that, Rep. Pramila Jayapal (D-Wash.), chair of the Congressional Progressive Caucus, says “dozens” of her group’s nearly 100 members say they won’t vote for the bipartisan infrastructure bill unless the separate package of health care and other family-oriented programs also moves. 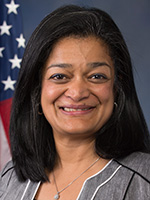 “Our leverage is saying we’re not going to be able to pass a piece of legislation unless you do the other one” for families, said Rep. Ilhan Omar (D-Minn.), the progressive group’s vote counter.

Moderates have voiced general support for health care, family benefits and other progressive priorities. But some have suggested, often without detail, downsizing liberals’ costly proposals such as expanding Medicare coverage to people as young as age 60. They cite concerns about higher prices that some say federal spending could ignite.

Besides setting spending and revenue targets, a budget will be make-or-break for Democrats because under congressional rules, it would let them prevent Republicans from using Senate filibusters to kill later legislation actually providing the money for Biden’s plans. Filibusters, or endless procedural delays, take 60 votes to overcome, a nearly insurmountable obstacle in today’s hyper-partisan Congress.

Democrats control the House 220-211 with four vacancies and can lose no more than four of their votes to pass bills. That number will shrink to just three after a Texas runoff late this month in which both remaining candidates are Republicans.

“Everybody needs to advocate as clear as possible for their priorities,” said Yarmuth, the House budget chairman. “But everybody ultimately has to vote for whatever comes up, or we get nothing.”