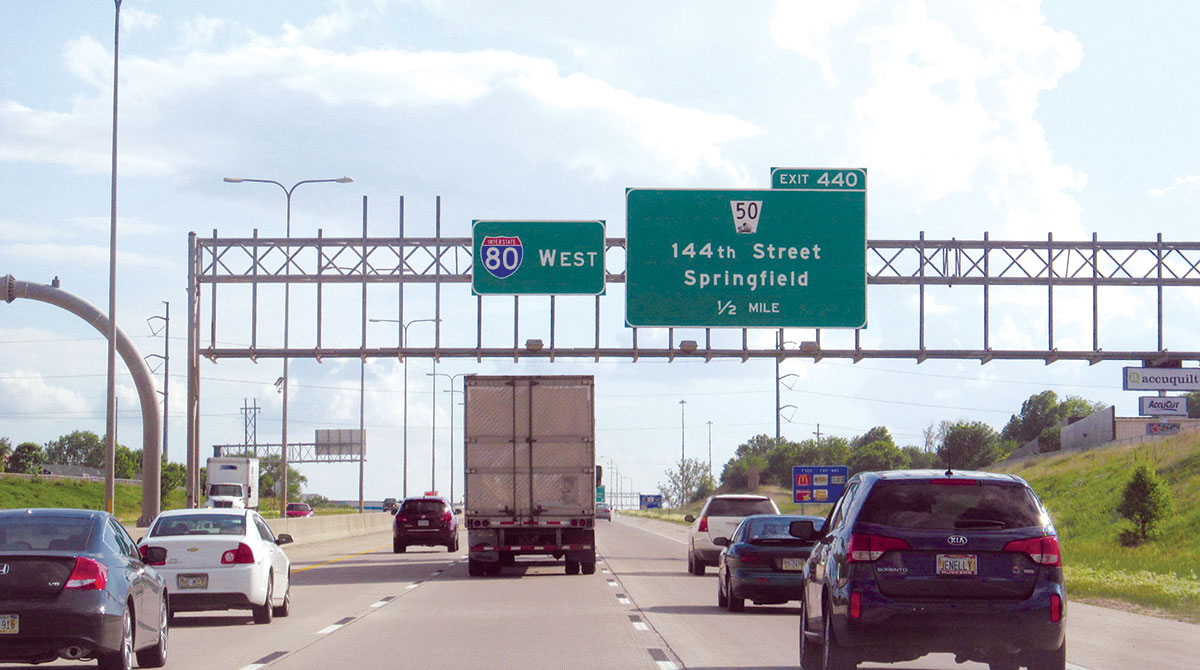 Traffic on Interstate 80 in Nebraska. (Doug Kerr via Flickr)

The trucking technology company Trucker Path determined the best and worst interstate highways for truck drivers based on the availability of amenities and feedback from truck drivers.

The I-80 corridor achieved the best score at an average rating of 3.06.

“When we first came up with the idea, I thought, there will probably be a little bit of variance, but because the sample size is so big, it’ll probably smooth out and be about the same across the board,” Chris Oliver, chief marketing officer at Trucker Path, said when the data was released Sept. 15. “But when we looked at it a little bit closer that wasn’t the case, it’s a pretty significant spread.”

Trucker Path looked at amenities such as truck stops, weigh stations, truck washes, scales, hotels, repair shops, dealer centers and retailers. It marked 300,000 locations that were within a quarter mile of select corridors as points of interest.

By using a technology known as geofencing, drivers that came close to any of the marked locations were asked to rate them via its mobile app. 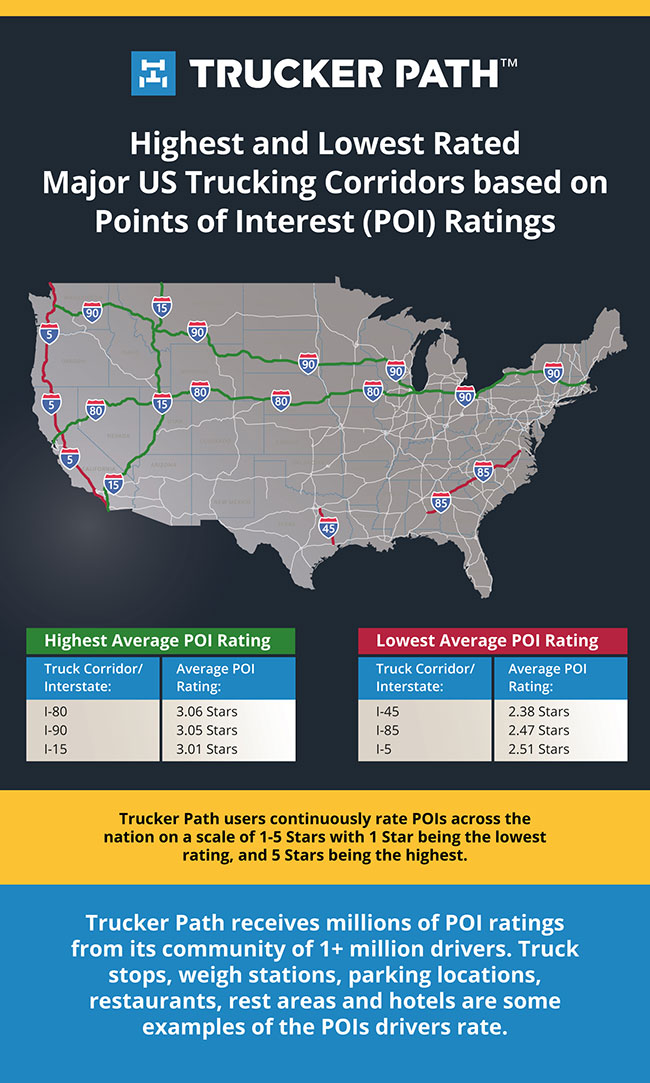 “Our whole goal is to really make the day in the life of the drivers a little bit easier,” Oliver said. “I just wanted to provide some information to help them choose the corridors or the lanes they run most based upon what other drivers say about that corridor. So, it’s really the whole idea of capturing this crowdsourced information and then sharing it with the community. So, truckers helping truckers.”

Trucker Path specializes in online and mobile services for the trucking industry. Its main service is a trip planning and resource locating mobile app as well as an online marketplace for connecting freight companies with carriers. The company is able to leverage these connected services to solicit feedback from truck drivers, including the information that led to its interstate highways ranking.

“That spills over to our dispatch business as well,” Oliver said. “I share this information with all of our dispatchers so as they’re looking for rates per mile and markets and other creature comforts, I guess you could say, this is something else we take into account when looking to dispatch our customers.”

Oliver noted that the feedback resulted in millions of data points that were used to rank the 18 busiest corridors. The truck drivers were also asked about parking at each location and that resulting information also helped determine the ranking of the corridors.

“We proactively solicited that crowdsource input,” Oliver said. “When someone breaks the geofence we simply ask the question and it’s not just what’s the rating, but we also ask our parking questions as well. Are there a lot of spaces, some spaces or no spaces available. So that’s really all there is to it.”

Oliver is considering turning future iterations of this information into a regular report, though he hasn’t yet determined whether it should be an annual or quarterly update.