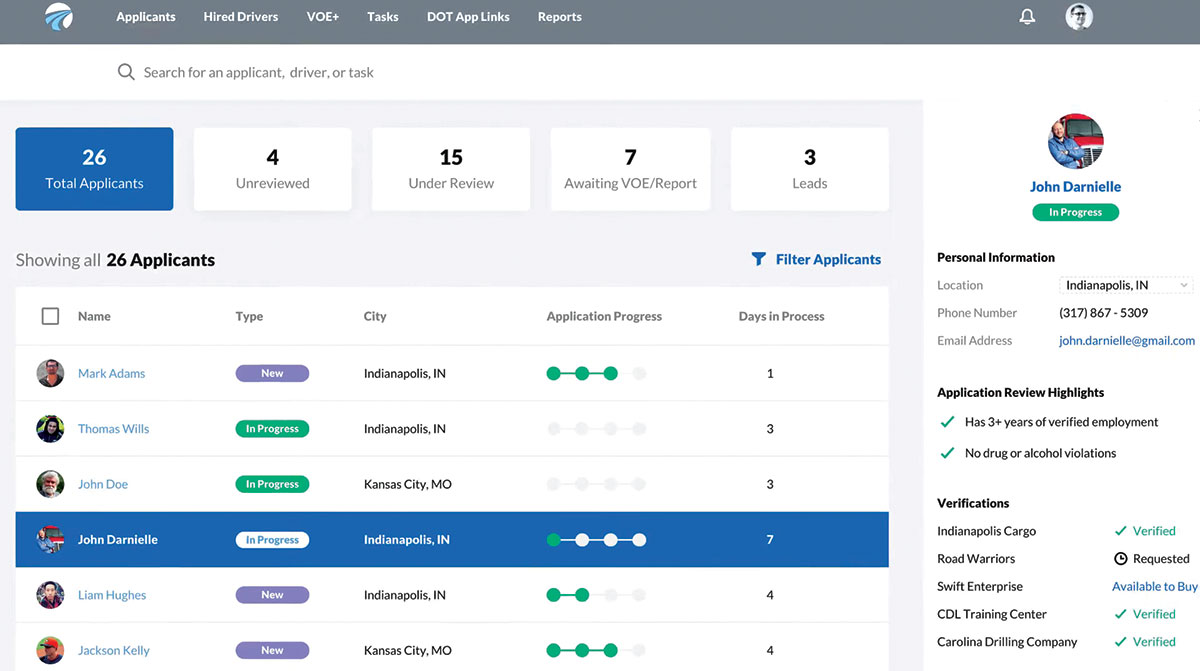 Getting “ghosted” is an all-too-common experience for driver recruiters. It’s when a job candidate pulls a disappearing act.

To help limit this frequent scenario, some motor carriers are implementing technologies designed to streamline the online recruiting and onboarding process so they can keep in touch with qualified drivers and ultimately hire more of them.

In many cases, success hinges on acting quickly. The ease of responding to online ads makes it likely that a driver looking for a new opportunity will respond to multiple job postings, triggering a race among carriers competing to woo that driver.

“It’s a matter of who’s going to get to that driver the quickest and who’s going to get them here to the terminal and get their behind in a seat,” said Susan Kirkpatrick, executive vice president and chief financial officer at Buddy Moore Trucking. “That’s what it’s all about. If you can get their behind in the seat of the truck, you’ve won the battle.”

Buddy Moore Trucking, a carrier and freight broker based in Birmingham, Ala., employs about 250 drivers and works with about 75 owner-operators.

To help win recruiting battles, some trucking companies are relying on several systems that, in combination, enable them to more efficiently manage the gamut of tasks involved: advertising and marketing job openings, engaging with respondents, vetting candidates, completing the hiring process and, finally, retaining those drivers.

Some providers of applicant tracking systems are working to enhance their offerings by adopting repurposed methods from sales and marketing to treat drivers more like customers. 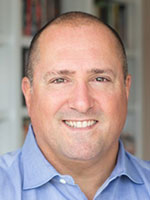 Peter Covach, director of industry solutions at Trimble Transportation, said competition among carriers “starts from the day that you put your reputation out there and try to attract drivers.”

Given the tight labor market in trucking, the onus is on recruiters to make the application process as smooth as possible for drivers. 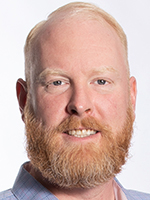 “Drivers are in control of this,” said Ryan Sparrow, product manager for McLeod Software’s DocumentPower.

He said drivers expect any company to have technology that makes applying easy. Ideally, they should be able to do so on their phones.

McLeod last year introduced a software module and mobile app designed to automate the onboarding process. Buddy Moore Trucking worked with McLeod on its development, and is using it.

“It’s really about managing how quickly you can get them through the system from the time you’ve made the decision to hire to the time you’re handing them the keys to the truck,” Sparrow said. 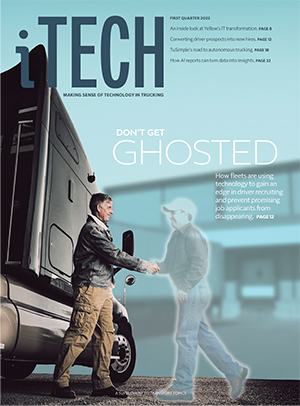 Once a driver completes one step, the system generates the next task, whether it’s requesting a copy of the applicant’s commercial driver license, asking for employment history or seeking authorization to perform a background check. “Back-office recruiters are not actually engaging with the driver,” Sparrow said. “The driver is engaging with the technology platform.”

Carriers are increasingly implementing hiring and recruiting technology in part because the COVID-19 pandemic and retirements have intensified the driver shortage — and competition for drivers.

In the past, only a limited number of large fleets would hire student drivers, said Marilyn Surber, transportation adviser with Tenstreet, a recruitment software provider.

“Now, all kinds of carriers are hiring students — even some private fleets,” said Surber, who is a former driver recruiter and retention manager.

Tenstreet, which is integrated with job boards, provides carrier customers an exclusive link to use in online advertising and marketing. When a driver clicks on the link and completes an application, that information is routed to that carrier’s Tenstreet dashboard.

All kinds of carriers are hiring students — even some private fleets.

Prospects who complete a full application “are statistically more likely to come to work for your company,” Surber said.

Given those odds, a recruiter should focus on full-length applications before working the short applications, she said, noting that ghosting might be tied to shorter applications.

Ghosting might also be connected to sourcing in some cases. An evaluation might reveal one or more sources whose leads are mostly duds, in which case a carrier can make a change, ­Surber suggested.

Technology vendors also are turning their attention to ­another front — driver retention. 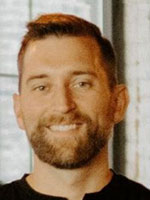 “The most important metric to watch is the 90-day dropout rate,” he said. “That really tells you what’s going on.”

If the dropout rate is cause for concern, the carrier should look into whether the recruiting program accurately represented the nature of the position, ­whether onboarding is being well-­managed and whether training is up to standard, Covach said. 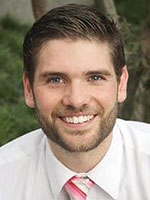 If a driver is supposed to get 500 miles per week, for example, the Idelic system can be set to monitor that mileage as it accumulates and issue a midweek alert if the mileage is expected to be under that threshold. A manager can contact the driver to determine the cause. If the carrier is to blame, the manager can discuss the issue with the driver and address it.

“Just letting them know that you know is 90% of the battle,” Cardiff said.

Employment screening, conducted near the beginning of the hiring process, can boost the odds of retaining a driver, said Dr. Todd Simo, chief medical officer and managing director of transportation for HireRight, whose system integrates with applicant tracking systems used by trucking companies. 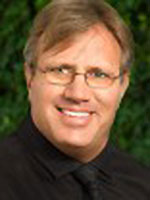 Motor carriers are trying to ensure that a candidate is a safe driver who complies with laws and regulations, Simo said, “and certainly when you identify that type of individual in the trucking industry, that’s the gold nugget, right?”

Dave Renfrew, Roadrunner’s vice president of ­driver capacity, said Stay Metrics surveys drivers ­seven days after they become active with the company, asking them to rate recruitment and orientation on a scale of 1 to 10. Another 45 days later, it performs a follow-up, asking if what they were told turned out to be true, and whether their expectations are being met. Anything less than a “5” is a red flag.

In the past, “a driver quit before we even knew what the problem was,” Renfrew said.

Using the retention tool, he said, “We are able to capture and address the issues, which has reduced our turnover slightly so far. It’s still early, but we’re seeing in the first few months [of use] that it has helped.”

Roadrunner, based in Downers Grove, Ill., ranks No. 75 on the Transport Topics Top 100 list of the largest for-hire carriers in North America.

Tenstreet’s Surber and Brad Fulton, director of research and analytics, said technology systems have the potential to improve retention by helping to change trucking culture.

Fulton said that means addressing “how carriers approach and communicate with drivers, what they talk about in recruiting and how well that lines up with what is experienced during orientation and when driving.”

How drivers want to be recruited and onboarded should be top-of-mind for carriers, Surber said. By streamlining the hiring process, carriers “create continuity for the drivers as well, so that they’re going to the same place to manage their career and submit all their documents and communicate with you. It becomes a seamless process for the driver as well.”

In addition to using McLeod’s new module for automated onboarding, Kirkpatrick of Buddy Moore Trucking works to maintain the company’s culture face-to-face during encounters with drivers as she walks in the yard on her lunch break.

Kirkpatrick said she asks drivers, “Are we who we say we are? When we recruited you, we told you, ‘This is Buddy Moore Trucking. This is how we do our business and how we treat our drivers.’ Have we lived up to what we said?”

Mapping the Journey to Cloud Computing