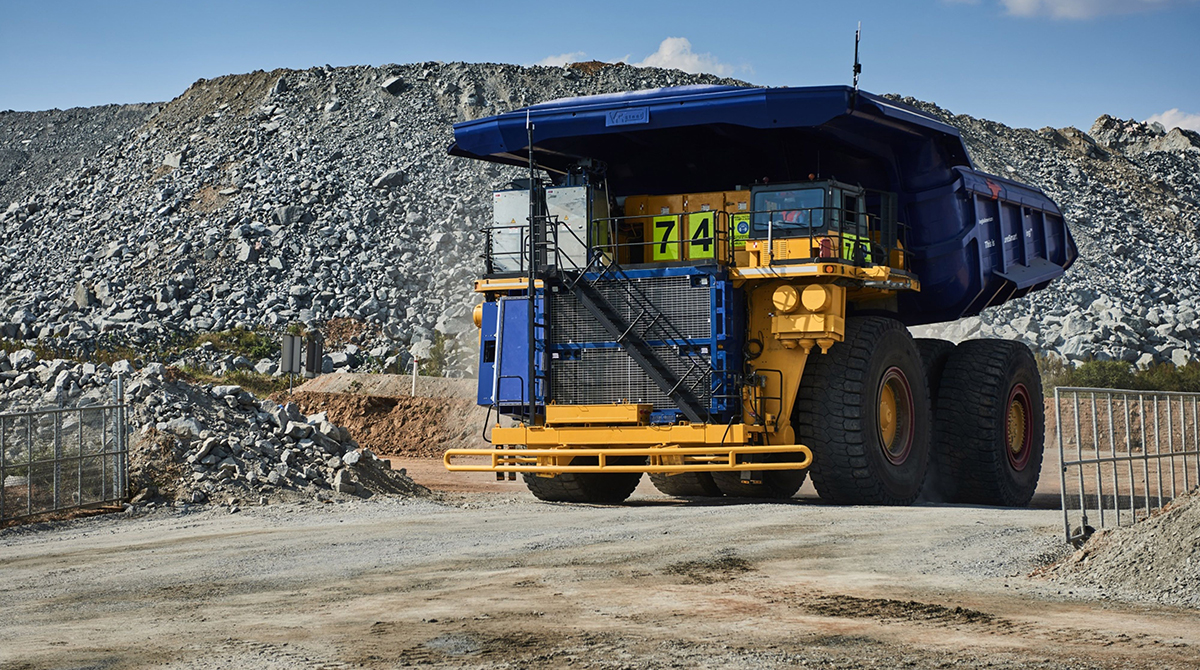 The huge hydrogen-powered truck during its unveiling at Anglo American Plc’s platinum mine in Mogalakwena, South Africa, on May 6. (Waldo Swiegers/Bloomberg News)

After investing as much as $70 million on its own to back the concept, the global miner revealed last week a new 220-ton vehicle capable of carrying about 290 tons of ore without producing global warming emissions in the process.

“It’s fair to say our desire to drive this was ahead of a lot of the industry’s ambitions,” Tony O’Neill, Anglo’s technical director, said in an interview at Mogalakwena, South Africa, the world’s biggest open-cast platinum mine, on May 6. “When it came down to timing we were pretty much alone.”

Anglo American, like rivals such as Glencore Plc and Rio Tinto Group, are feeling pressure from investors who are concerned about global warming to cut carbon pollution. Replacing the mine haul trucks with hydrogen-fueled ones would slash emissions at Anglo’s open-pit mines by 80%, a key step in reaching the company’s target of carbon neutrality by 2040. 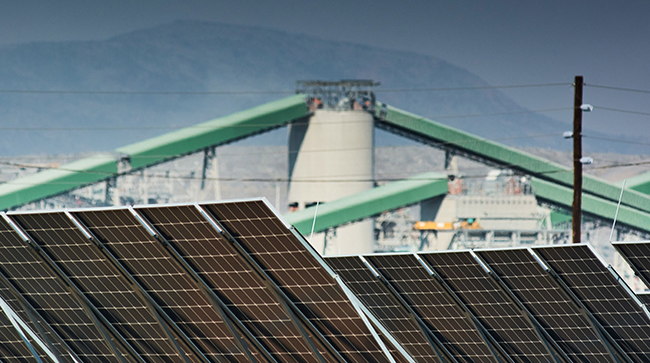 Duncan Wanblad, Anglo American’s CEO, said the company considered synthetic fuels and biofuels before it became “crystal clear” that hydrogen was the solution. Anglo “built it from scratch,” he said about the program in a speech at the mine, which is 180 miles northeast of Johannesburg.

There is still lots of work to be done to reduce the cost to convert existing diesel trucks to hydrogen. O’Neill said the company has spent tens of millions to launch its prototype. Regular diesel mine haul trucks are $6 million to $7 million each. As the technology develops, economies of scale will kick in and costs will fall, he said.

The prototype — a converted Komatsu 930E — is a blue and yellow behemoth that on May 6 trundled up a mound of dirt and retrieved a full load of ore under the watchful eyes of executives, employees and South Africa’s President Cyril Ramaphosa.

The initial plan is to convert Mogalakwena’s 40 diesel-fueled trucks to hydrogen by 2026. That will need 140 megawatts of solar power and a massive expansion of the hydrogen conversion and storage facilities on site.

On cloudy days the plan is to obtain power from wind and solar plants owned by the company in other parts of the country through the national grid to ensure that the operation of the trucks doesn’t contribute to global warming, said Carl van den Ordel, a mine engineer for Anglo at Mogalakwena.

By 2030 the company plans to convert its global fleet of 400 mine haul trucks — which operate across platinum, copper and iron ore operations — to hydrogen. The impact of that would be equivalent to taking half a million diesel cars off the road in terms of emissions reductions, the company said.

O’Neill said Anglo would like to sell the vehicles to its peers and believes the technology it has developed has other applications that could include use in trains and ships. O’Neill’s technical group is also looking at more efficient ways of extracting metals from ores and treating rocks with microwaves to ease the digging of tunnels. The latter is similar to the technology used by Elon Musk’s The Boring Company, he said.

For now, the hydrogen-truck business is a part of Anglo American, a former conglomerate that slimmed down to a pure mining operation after moving its headquarters to London from Johannesburg in 1999. Yet, O’Neill said there is still a question of whether it will remain in the company in the future.

“It’s something we will think about,” he said.