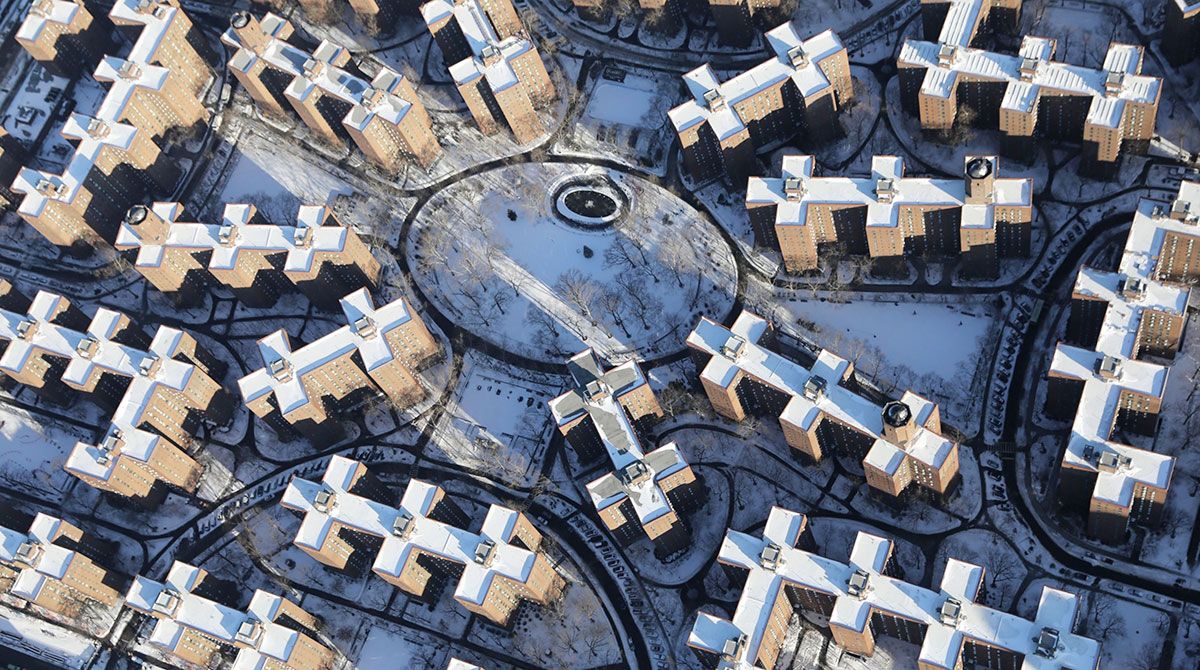 A residential complex in New York lies under a blanket of snow. (John Moore/Getty Images)

U.S. consumers faced the biggest jump in their energy bills in more than a decade in October, with costs soaring for electricity, natural gas and fuel oil as cooler weather approaches.

The price of electricity in October increased 6.5% from the same month a year ago while consumer expenses paid to utilities for gas went up 28%, according to numbers released Nov. 10 by the U.S. Bureau of Labor Statistics. Fuel oil rose 59%, and costs for propane, kerosene and firewood jumped by about 35%, the data shows.

That increase in electricity costs was the most since March 2009 and the jump in utility-piped gas service the biggest since August 2008, according to the Federal Reserve Bank of St. Louis, which uses the labor statistics data for historical comparisons.

October’s increases are another sign of higher heating bills to come for U.S. households as winter approaches. U.S. prices for natural gas and oil are trading close to multiyear highs amid a global squeeze on supplies and labor shortages at U.S. coal mines adding to woes. This winter will be the costliest since at least 2014-2015 for households using gas, heating oil or electricity, according to the U.S. Energy Information Administration.

A number of big U.S. power companies have warned customers about high bills this winter. Duke Energy Corp. is even in talks with its regulators about a proposal to lower the impact by spreading out the gas costs over two years.