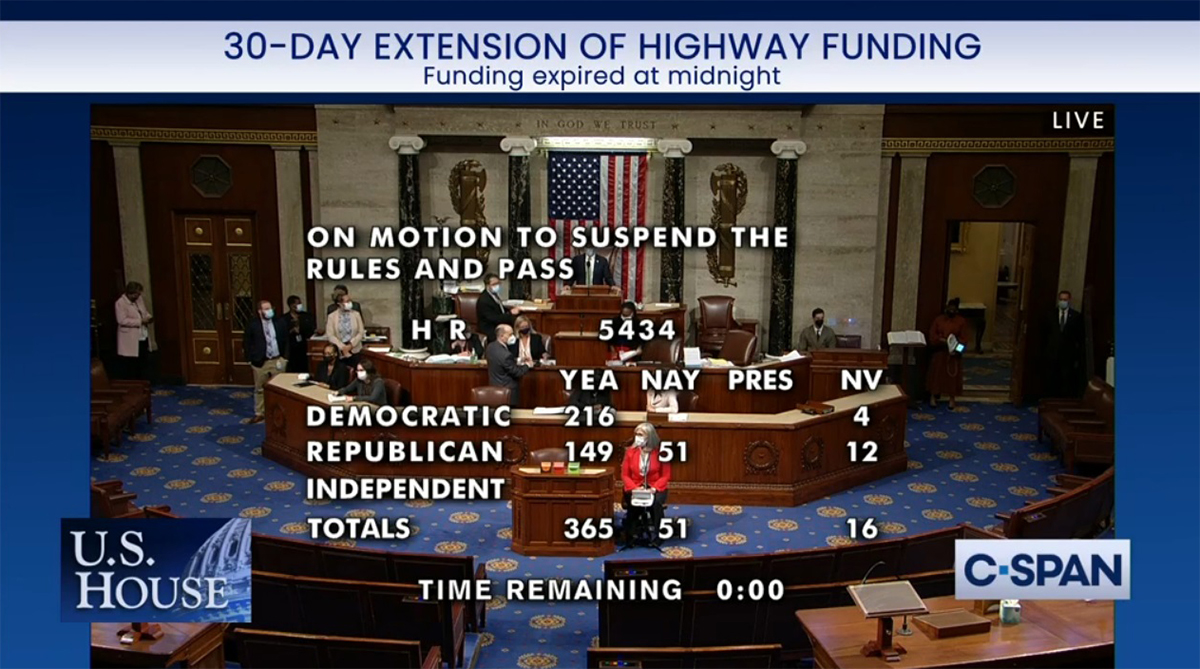 The 30-day extension for highway funding was approved 365-51 in the House. (c-span.org)

The U.S. House of Representatives approved a 30-day reauthorization for highway funding late Oct. 1, a signal that the Democrats aren’t likely to immediately move ahead with a vote on infrastructure legislation.

The vote was 365-51. Following the vote, the House adjourned until Oct. 5. Senators passed the measure by unanimous consent on Oct. 2, sending it to President Joe Biden for signing.

Authorization for surface transportation funding, contained in the 2015 FAST Act highway law, expired Sept. 30. The Senate-passed $1 trillion bipartisan infrastructure bill was supposed to take care of that, but the legislation is mired in the House in the stalemate over President Joe Biden’s larger tax and spending package.

Failure to grant the extension would have meant roughly 3,700 Department of Transportation employees would have been temporarily furloughed.

The 1-month extension is interesting in that, unlike previous extensions, it does not take effect immediately in all aspects. Furloughed employees would be recalled to work but state DOTs would not be given any new FY 2022 money until October 15.