House to Vote on Virus Bill 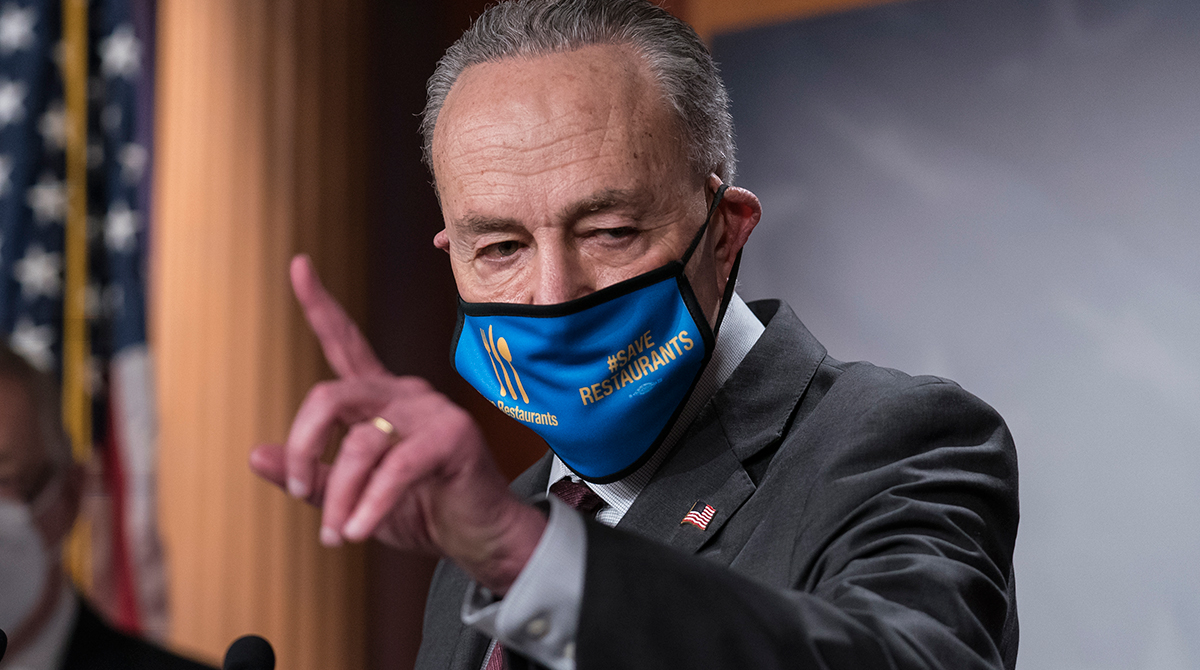 WASHINGTON — Democrats are ready to shove a $1.9 trillion COVID-19 relief package through the House on Feb. 26, despite a setback that means a minimum wage boost is unlikely to be in the final version that reaches President Joe Biden.

A near party-line vote seemed certain on the measure, Biden’s first crack at his initial legislative goal of acting decisively against the pandemic. In the year since the coronavirus has taken hold, it has stalled much of the economy, killed half a million Americans and reshaped the daily lives of virtually everyone.

The relief bill would provide millions of people with $1,400 direct payments. It contains billions of dollars for vaccines and COVID-19 testing, schools, state and local governments, the ailing restaurant and airline industries and emergency jobless benefits while providing tax breaks to lower earners and families with children. The bill also provides another $7.25 billion for the Paycheck Protection Program, a tiny fraction of what was allocated in previous legislation. The loans are designed to help borrowers meet their payroll and operating costs and can potentially be forgiven.

Republicans oppose the sweeping measure, saying it’s too expensive, not targeted enough at the people and businesses that most need it and a grab bag of gifts for Democratic allies. Not one has publicly said they will support the legislation, an ominous sign that the partisan gulf that has enveloped Washington for decades shows no sign of closing.

The House bill would also hoist the federal minimum wage to $15 hourly by 2025, more than doubling the current $7.25 floor that’s been in effect since 2019.

But that proposal seemed highly likely to die in the Senate after that chamber’s parliamentarian said Feb. 25 that the goal must be dropped from the relief legislation, Senate Democratic aides said.

The finding by Elizabeth MacDonough, the chamber’s nonpartisan arbiter of its rules, means Democrats face an overwhelmingly uphill battle to boost the minimum wage this year in the face of solid Republican opposition.

“[Biden] will work with leaders in Congress to determine the best path forward because no one in this country should work full time and live in poverty,” Psaki said.

Democrats are pushing the massive coronavirus relief measure through Congress under special rules that will let them avoid a Senate filibuster by Republicans, a tactic that Democrats would need an unattainable 60 votes to defeat.

But those same Senate rules prohibit provisions with only an “incidental” impact on the federal budget because they are chiefly driven by other policy purposes. MacDonough said the minimum wage provision didn’t pass that test, according to aides who described her decision on condition of anonymity because it hadn’t been released.

She probably had little choice — many House Democrats are progressives who insist that the party fight for the wage boost. Rep. Pramila Jayapal (D-Wash.), a leading sponsor of the minimum wage increase, said Democats shouldn’t be bowed by “the advisory opinion of the parliamentarian and Republican obstructionism.”

Democrats can afford little dissension over the minimum wage or anything else in the COVID-19 relief bill. They have just a 10-vote edge in the House and no votes to spare in the 50-50 Senate.

Despite their paper-thin congressional majorities, Democratic leaders were hoping that House approval of the package would be followed by passage in the Senate, where changes seem likely. Democrats are aiming to get the legislation to Biden’s desk by mid-March.

Republicans oppose the $15 minimum wage target as an expense that would hurt businesses and cost jobs.

MacDonough’s decision actually might make passage of the overall relief bill easier because efforts to find a minimum wage compromise between progressives and moderate Democrats who would prefer a more measured approach could have been contentious.

Democrats have said they could still pursue a minimum wage boost in free-standing legislation or attach it to legislation expected later this year that is to be aimed at a massive infrastructure program. But they’d still face the challenge of garnering 60 Senate votes, a hurdle that has upended Democratic attempts to boost the minimum wage for over a decade.

In a study that’s been cited by both sides in the clash, the nonpartisan Congressional Budget Office estimated that the $15 minimum wage would increase pay for 27 million workers and lift 900,000 people out of poverty by 2025, but also kill 1.4 million jobs.

Twenty-nine states and the District of Columbia have state minimum wages that exceed the federal $7.25 hourly floor, with only the D.C. currently requiring a $15 minimum.

Seven states have laws putting their minimums on a pathway to $15 in a future year, according to the nonpartisan National Conference of State Legislatures.