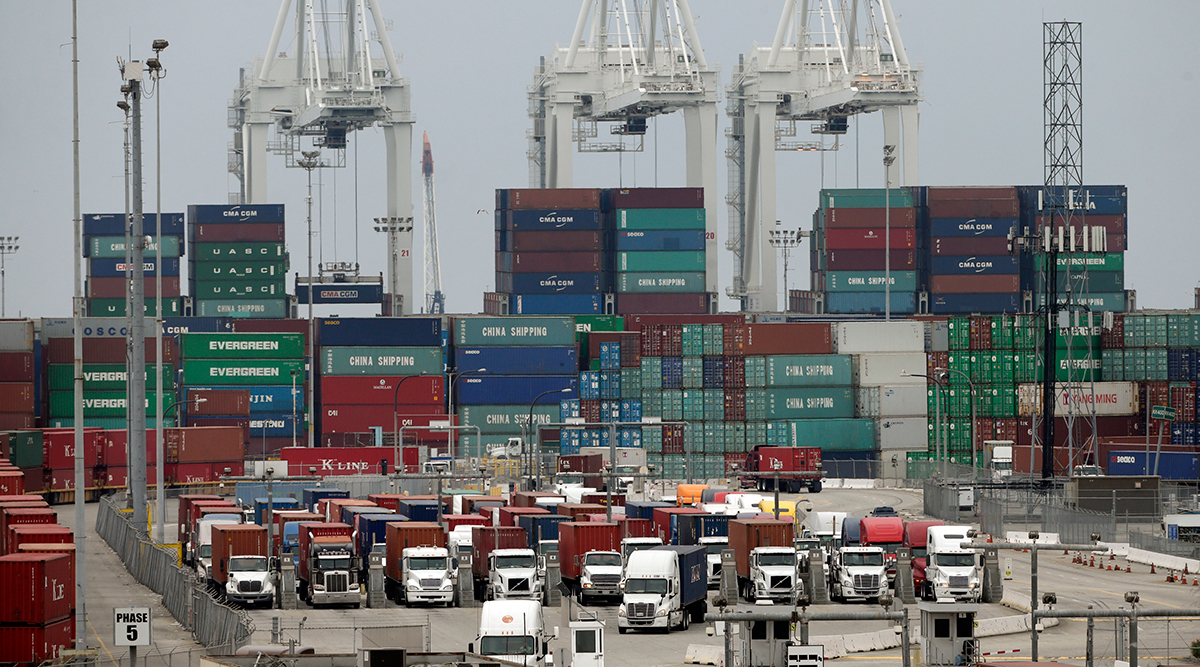 While praising efforts to protect the Los Angeles and Long Beach ports from terrorist and cyber-attacks, members of Congress aired concerns Oct. 31 about threats to public safety and the economy if federal funding for maritime security programs isn’t raised to meet new threats.

At a rare on-site hearing of the House Homeland Security Committee at the Port of L.A., members of the panel and other Southern California representatives sounded generally pleased with what they heard. Officials from the two local ports, the Coast Guard, Customs and Border Protection and the longshore union testified about what has been done to protect the facilities in the wake of two security scares earlier this year.

“The people we talked to today are getting it right, but more training and resources are needed,” said Rep. Bennie Thompson of Mississippi, the committee’s ranking Democrat.

The border wall was mentioned only once — by Thompson — in the more than 90-minute hearing, perhaps because there is no direct tradeoff between funding for the wall and port security measures.

But Rep. Nanette Barragan, (D-Carson), whose district includes the Port of L.A., said the issue of the wall looms over the matter of port security.

“These are conflicting interests,” Barragan said in an interview after the hearing. “We can’t put money toward the border wall without taking it away from something else.

“I believe that [the wall] would be a waste of money, and we should put more priority into airport and seaport security.”

The call for more federal funding for port security wasn’t unanimous, though.

Rep. Dana Rohrabacher, (R-Huntington Beach), whose district used to include the Port of Long Beach area, said stepped-up port security should be paid for not by the government but by the companies that profit from safer seaborne commerce. Rohrabacher also said government “overreach” could get in the way more than it protects the maritime industry.

The hearing in San Pedro came at the urging of Barragan, who said the visit was important to raise awareness of port security issues — even among members of the Homeland Security Committee, not all of whom had heard of a security breach that made headlines in August.

This was the incident in which a man in a stolen vehicle being pursued by police blew past security gates at the Port of L.A., climbed a 120-foot crane and stripped off his clothes before falling or jumping to his death.

The second scare that promoted Monday’s hearing was the June cyberattack against the Danish shipping giant A.P. Moller-Maersk that forced the Port of L.A.’s largest terminal to close for three days.

Eugene Seroka, executive director of the Port of L.A., said the port has fortified gate security and changed cargo-entry paths since the crane incident.

Seroka told the panel the Maersk cyberattack was “a call to action for all of us.” Noting that the port had been the first, back in 2014, to have its own cybersecurity complex, Seroka said more could be done to monitor internet activities affecting the entirety of the nation’s busiest container port.

“This was not a direct attack on the Port of L.A. — but the next time it could be,” committee chairman Michael McCaul, (R-Texas), told Seroka, who agreed.