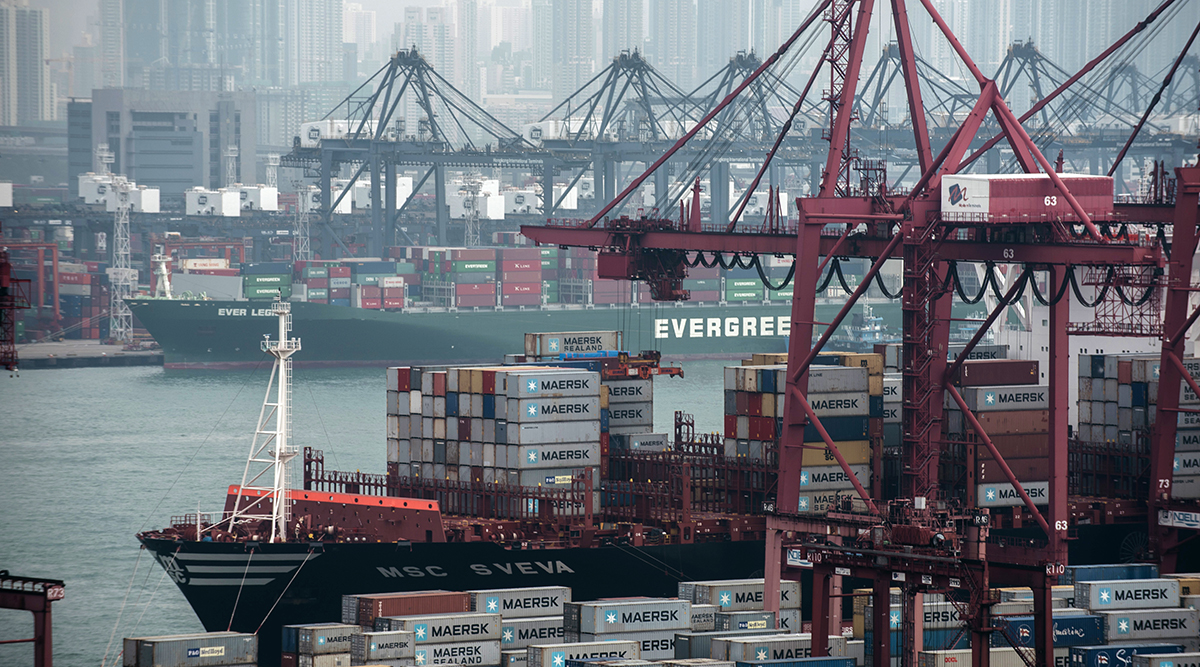 Hong Kong is poised to lose its ranking as the world’s fifth-busiest container port if cargo-handling trends continue.

Sea freight processed in the city dropped for a second straight month in November, making Hong Kong the only container port among the world’s top five to report weaker traffic, based on statistics compiled by port authorities. South Korea’s Busan, ranked sixth, has narrowed the gap and is set to overtake Hong Kong on an annual basis in 2018, said Rahul Kapoor, an analyst at Bloomberg Intelligence.

As China expanded its manufacturing prowess to become the biggest exporter of everything from fabrics to machinery, the nation also boosted capacity at its ports, making it possible for larger ships to start direct services to major cities such as Shanghai and Shenzhen.

Until 2004, Hong Kong was the world’s busiest container port as it served as a conduit for cargo moving in and out of China.

“The hollowing of manufacturing activities in Hong Kong has been the main driver,” Corrine Png, CEO of Crucial Perspective, a specialist in Asian transportation equity research. “Hong Kong faces stiff competition, mainly from the Chinese ports, especially as the Chinese have been investing heavily in port infrastructure in recent years and working on improving their operating efficiency.”

It’s set to be overtaken again, this time by Busan, which has seen increased traffic from transshipment cargo to the Bohai Bay area in northeastern China, according to Drewry Financial Research Services. Based on available ports data, traffic at Busan exceeded Hong Kong’s for three of the 11 months so far this year.

Shenzhen, just across the border from Hong Kong, has been expanding its capacity as it serves as a major port for exports of goods manufactured in factories in southern China. The city’s harbor is the world’s third-busiest after Shanghai and Singapore.

Most of the biggest container ships worldwide — even the ones operated by Hong Kong-based Orient Overseas Container Line — favor calls at Chinese ports en route to Europe.

“There’s a general trend of increased direct services to China, so there’s reduced demand for transshipment in Hong Kong,” said Victor Wai, an analyst at Drewry in Singapore. “For Busan to overtake Hong Kong, it will be because Hong Kong is losing its volume.”