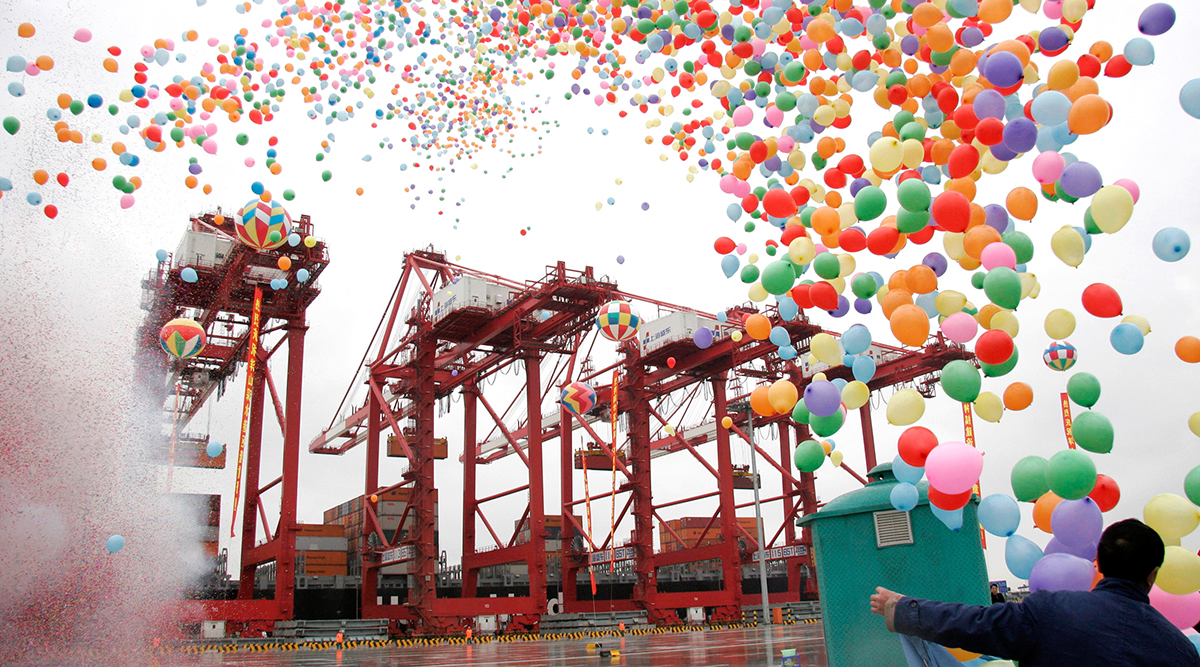 The automated terminal is designed to handle a maximum of 6.3 million 20-foot equivalent units and is expected to emit no carbon dioxide or other emissions.

“The new facility will increase the annual capacity of Shanghai Port to more than 40 million TEUs,” said Yan Jun, president of the Shanghai International Port Group.

The automated port has an intelligent production management control system that works as the brain of the brand new port that covers an area of 2.23 million square meters, according to Yan.

The Chinese-made control system allows port machinery to perform loading and unloading at the same time, the port said.

From January to November of 2017, the Shanghai International Port Group handled 520 million metric tons of cargo, up 10% year-over-year, and operated 36.88 million TEUs of containers during the same period, 8.3% more than the prior year, a new record.