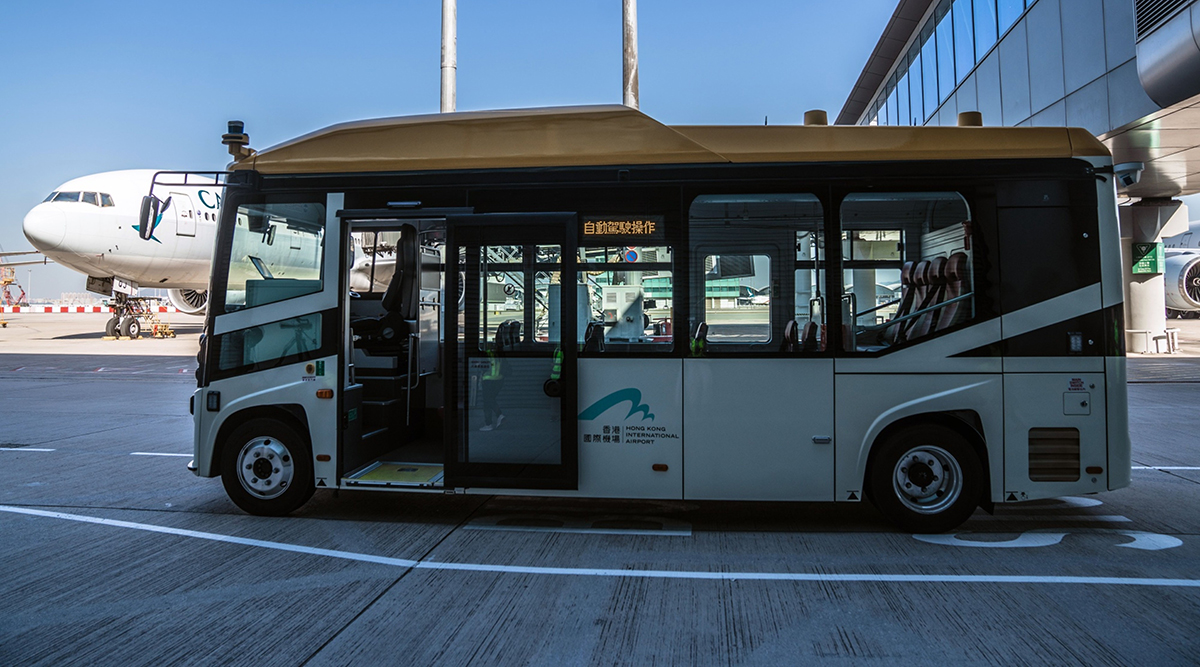 Hong Kong International Airport says it’s ready to use driverless buses, confident it can shuttle passengers around the aerodrome starting next year after extensive trials years in the making.

By bolting on cameras, sensors and tracking devices, the Asian financial hub’s main airport has adapted and kitted out an electric bus from Chinese carmaker BYD Co. and been testing so-called Level 4 autonomous technology. The four-year effort, using other types of driverless vehicles without passengers, has racked up around 130,000 kilometers (81,000 miles) without an accident, according to the airport.

“We can carry passengers to and from different destinations — totally driverless,” Chapman Fong, the airfield’s general manager, said.

Reaching full levels of autonomous driving with flawless safety in a real world environment is the holy grail for automakers and tech firms alike. But despite the tens of billions of dollars spent, it remains illusive. While self-driving trucks are being used in some controlled applications, like hauling rocks around a mine site, cars without humans that can navigate streets shared by pedestrians, pets and other vehicles don’t exist.

HKIA’s bus, a BYD J6 model, seats 14 passengers, features 10 cameras placed outside the vehicle from Uisee Technology (Beijing) Co. and uses GPS locators to track its position. A key part of the technology’s hardware is in a sizable, silver metal case next to where a driver would sit that contains the driverless unit and a back-up system that can independently scan the path ahead. If the main system fails, the back-up kicks in.

“For the autonomous technology we are quite confident because we have been using it for live operations and have had zero accidents,” Fong said. Having actual passengers on board is another milestone and “we’re confident it’s the next move for autonomous vehicles at this airport.” 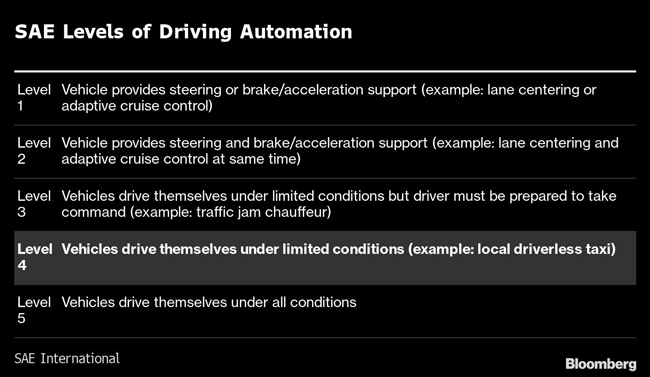 It isn’t the airport’s first foray into high-tech transport. HKIA currently deploys four battery-powered patrol cars made by SAIC-GM-Wuling Automobile Co. as security to patrol the airfield perimeter and has a fleet of 12 battery-powered tractors towing passenger baggage containers and another four for air cargo. Sensors for those are made by San Jose-based Velodyne Lidar Inc.

The airport’s combustion-engine fleet of around 40 buses and some 800 tractors for cargo and baggage should be ripe to shift to automated systems over the coming years, the aviation hub says, and all ground transport should be electric by the end of 2030.

Longer term, HKIA also sees driverless, autonomous technology as useful to alleviate a general shortfall in labor — the company is down one-third on its pre-pandemic workforce of 73,000. 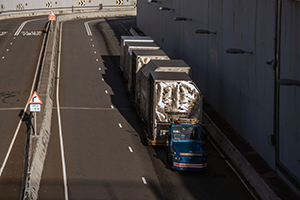 Taking a ride in the autonomous bus is much like any other vehicle. The journey is smooth yet it feels somewhat surreal knowing the steering and inputs are being controlled by a computer and not a person.

When Bloomberg visited on Dec. 20, officials insisted on having a driver in the seat — offering a third layer of redundancy should things go wrong — and that’s likely how the airport will approach it at least initially in a live environment. The bus also didn’t attempt to run down this reporter, instead detecting the errant jaywalker and making an emergency stop.

“Airport applications and airside is the best location for the start of autonomous vehicle deployment because most of the area is controlled and we track every vehicle, every aircraft movement on the apron,” Fong said.