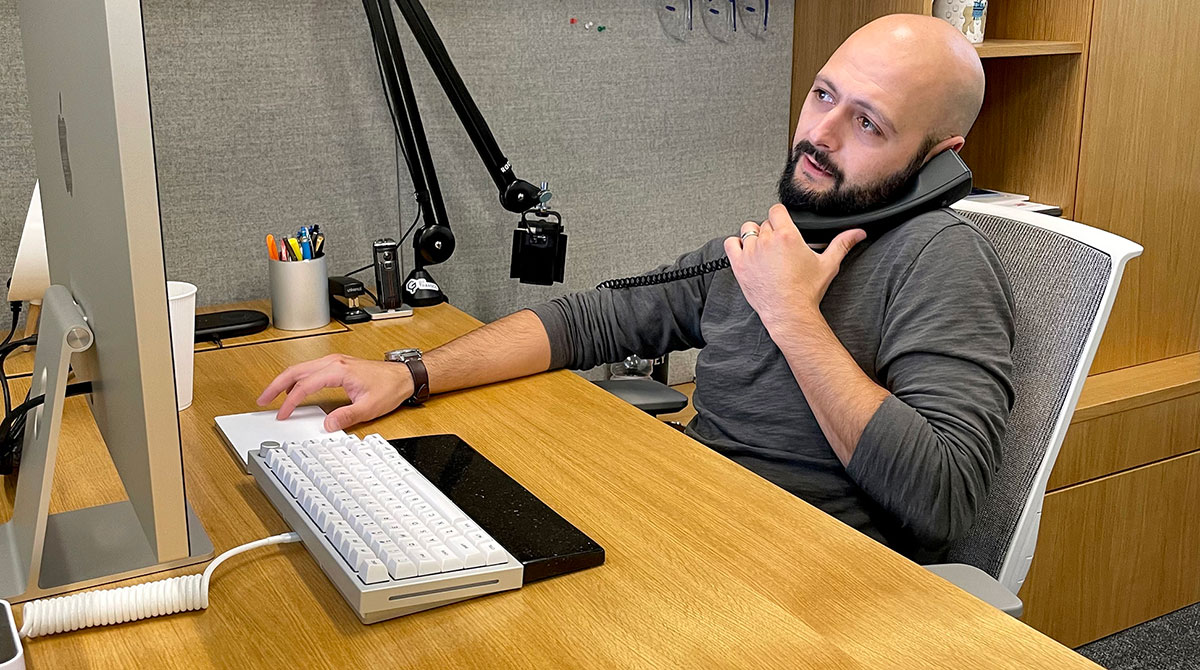 His father was born in Ukraine, his wife is Ukrainian, and some of her relatives still live there. In fact, his mother-in-law is in a relationship with a man in his 50s who enlisted in the Ukrainian army after the war began.

Bort wanted to do what he could from his home in the United States, so the trucking industry executive started reaching out to his network. He maintains a deep list of contacts in his role as vice president of marketing and strategic business development for GP Transco, a 500-tractor trucking company in Joliet, Ill. He made phone calls, sent emails, and before long had launched an initiative called Trucking & Logistics Professionals for Ukraine to raise awareness of the challenges facing Ukraine. 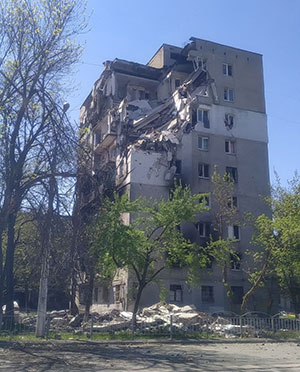 “My dad showed me a photo of the building he grew up in, this nine-story building in Mariupol — which is one of the places that suffered the most. It’s absolutely heartbreaking,” Bort said. (Courtesy of Sergey Bort)

The website tlpu.net was launched to give the effort an online presence and a place where donations could be made. In less than six months, under Bort’s stewardship TLPU had raised funds for the International Red Cross, UNICEF and Save the Children. To date, the effort has raised nearly $2.5 million from transportation businesses.

In recognition of Bort’s dedication to bringing aid to so many in need, he is being named one of Transport Topics’ Trucking’s Frontline Heroes for 2022.

“I didn’t have any expectations to begin with,” he said. “I’ve never done this before, either. It’s a bit awkward reaching out to CEOs and C-suite-level folks … asking if you want to donate.” 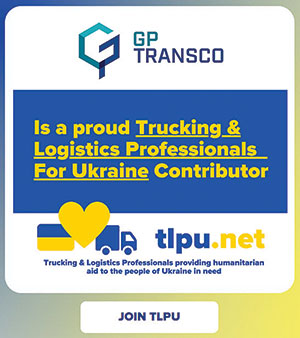 The website tlpu.net was launched to give the effort an online presence and a place where donations could be made. (gptransco.com)

Bort said about 80% of the companies he approached made a contribution, a higher percentage than what he expected and, he said, an indication of the type of people who work in the trucking, transportation and logistics industries. Money raised goes directly to the organizations. Once a donation has been confirmed, Bort acknowledges the organization on the TLPU website.

“I think people like to be highlighted for the things that the companies do,” he said. “At the beginning, it started out with just Chicagoland companies. I asked Dominic Zastarskis, my CEO, to make some calls as well, because he has some contacts in the Chicagoland area. Initially it was maybe five or 10 companies, and most of them were companies owned by folks who originally were born in Eastern Europe or in the Baltic states.” 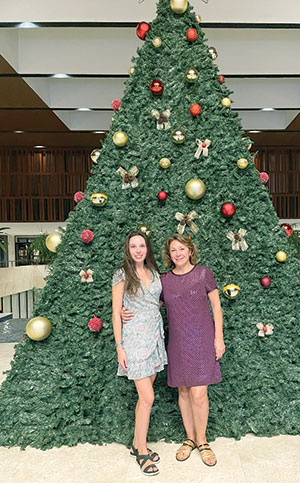 From the U.S., Bort and others at GP Transco are watching closely developments in the war.

“It’s heartbreaking,” he said. “My dad showed me a photo of the building he grew up in, this nine-story building in Mariupol — which is one of the places that suffered the most. Right now, it looks like an apple that someone took a bite out of, because a bomb hit it. It’s absolutely heartbreaking.”

Bort and his wife speak with family members in Ukraine weekly. Amid recent upheaval, he believes the war will be protracted. Whenever it ends, rebuilding will take years and cost billions, he fears.

Trucking's Frontline Heroes is an annual award series presented by Transport Topics that recognizes the brave men and women who go above and beyond the call of duty to meet the challenges the industry faced over the past year. In 2022 we recognize:
►Sergey Bort
►Daniel Harmon
►Look back at past years' heroes

“We’re just as worried for the safety of my mother-in-law as we were three months ago,” he said. “At the end of the day, people are still dying, just the way they were three or four months ago. And those things are still very, very real, unfortunately.”

Bort, who lived in Israel for seven years, said the Ukrainian people are strong and will continue to battle Russian forces.

“I’ve seen what a motivated small nation can do when they’re motivated by survival,” he emphasized. “It’s incredible to see they’re fighting. It’s David against Goliath. I think it’s really incredible. And unfortunately, the way I see it, it’s going to last for quite a bit longer.”

For now, the humanitarian effort is what he and his colleagues are focusing on, because the need is great. 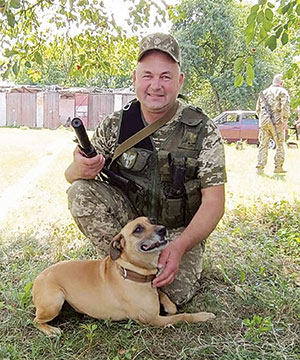 Bort's mother-in-law is in a relationship with Alexander, who enlisted in the Ukrainian army after the war began. (Courtesy of Sergey Bort)

“I’m hoping we can do much more,” he said. “And I’m hoping other associations and organizations can keep doing their work as well.”

As for a goal, he said, “$10 million would be a beautiful thing to be able to say we helped collect. But honestly, the sky’s the limit because everybody has been so generous.”

The effects of the industry’s kindness are also being felt in his own home.

“Every time I told [my wife] about another carrier, another trucking company joining us, she was almost brought to tears — every time — because she was so moved by it. She’s been in the U.S. for about 10 years, and her family is in Ukraine. So it’s really phenomenal. I couldn’t be happier with this industry for being so generous, and continuing to be.”