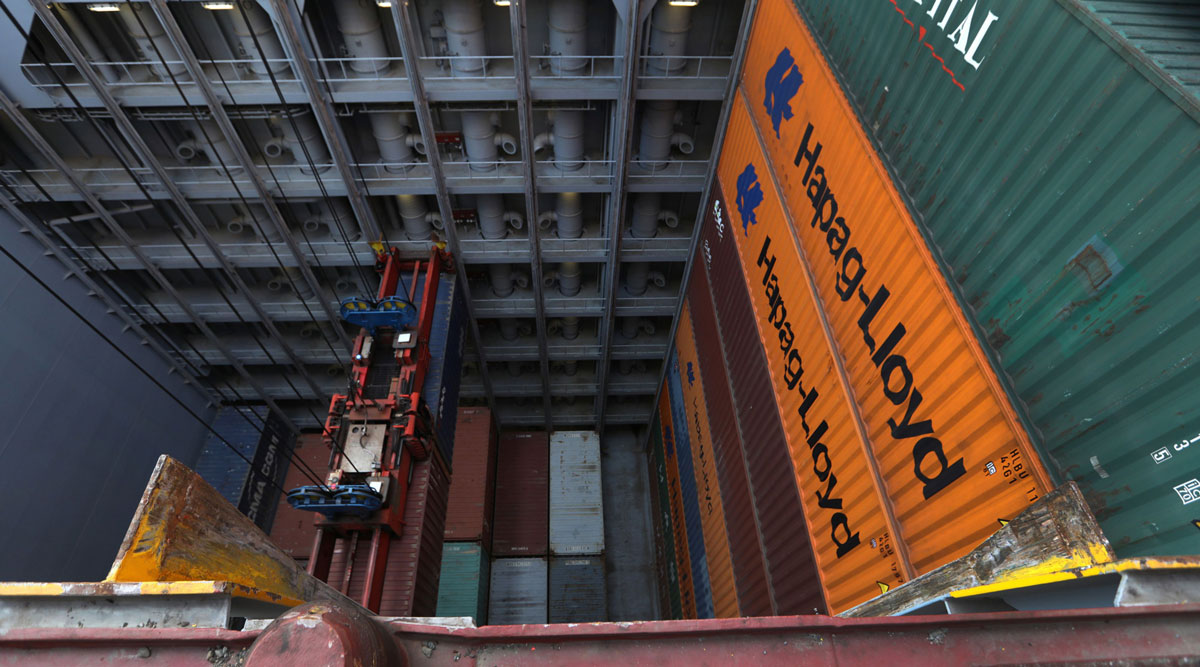 Robust demand for shipping goods across the world’s oceans shows no signs of slowing down, the chief executive of Germany’s largest container carrier said, signaling that elevated rates in the tight market for seaborne cargo may extend into the second half of the year.

“Last week and this week we’ve still seen very strong bookings,” Rolf Habben Jansen, CEO of Hapag-Lloyd AG, said on a conference call April 8. “So I don’t see any signs around the corner than demand is falling off a cliff.”

Through the second quarter and maybe into the third, “we’ll continue to see elevated rates, as there is simply less capacity available,” he said.

Hamburg, Germany-based Hapag-Lloyd — the world’s fifth-largest container line — has spent the past year along with its rivals trying to adjust capacity to meet wide swings in factory production and consumer demand during pandemic lockdowns and reopenings.

Already operating at full steam, the industry that ferries steel boxes full of products around the global economy suffered another jolt last month when a large vessel bound for Europe from Asia blocked traffic in the Suez Canal for six days.

That incident further slowed trade flows, and “box availability will be tight for the next six to eight weeks,” Jansen said in his presentation, citing ports in the U.K. and in Rotterdam, Europe’s largest for ocean cargo, among the gateways facing delays.

In the U.S., where companies have struggled to import their goods because of bottlenecks at major ports, “we see the situation improving, but only slowly,” he said. “We hope to get back to some kind of normalcy toward the end of the second quarter or early in the third quarter, but that certainly is not a given and is probably a bit of a best-case scenario but not impossible.”

In Europe, “we expect the congestion issues to be significant in the next four weeks especially” but a return to normal is expected in the third quarter, he said. There’s some shipping congestion in Asia, but “nothing that can’t be managed,” he added.

To help alleviate the tight capacity, Jansen said Hapag-Lloyd is ordering more new containers and urging customers to return the existing boxes in its fleet as quickly as possible.

In another reminder of how busy container shipping has stayed in recent months, the Port of Long Beach in California said April 8 that it handled the equivalent of 840,387 20-foot containers in March, its busiest month on record during what’s usually one of the slowest times of the year.

Hapag-Lloyd AG ranks No. 14 on the Transport Topics Top 50 list of the largest global freight carriers.