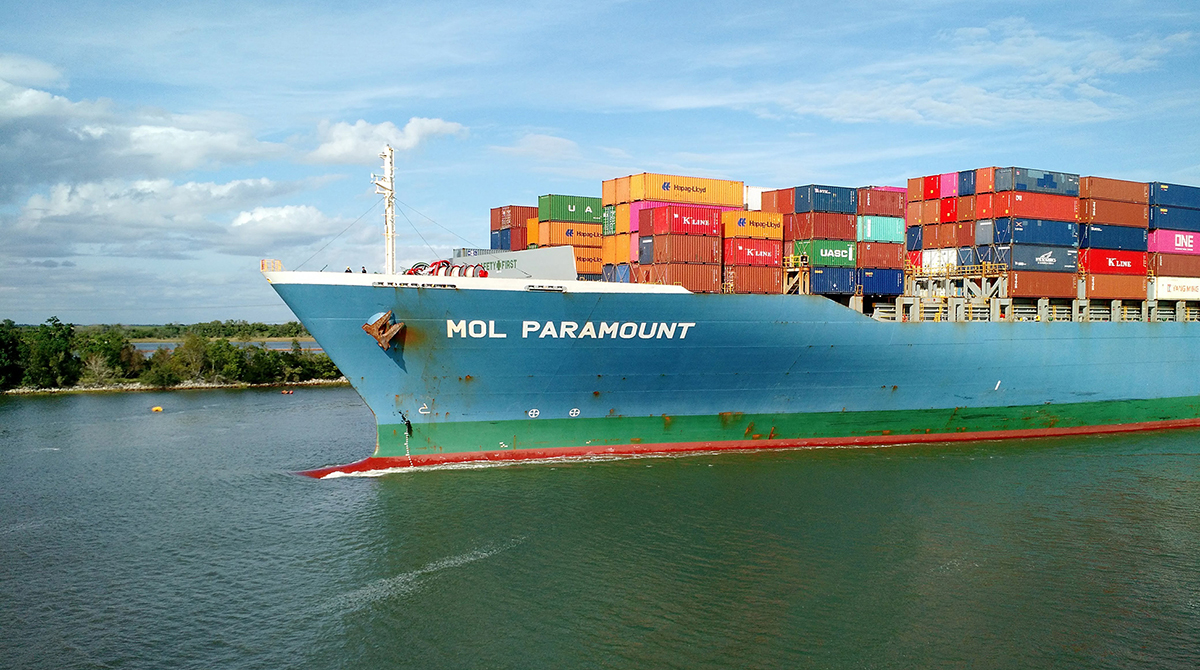 A containership at the Port of Savannah, Ga. (Peggy Smith/Transport Topics)

For a glimpse of how quickly and unevenly economies are recovering from the pandemic, look no further than the market for shipping raw materials.

Rising demand for everything from soybeans to steel has sent the cost of hauling dry goods soaring more than 50% this year. Manufacturing, which first picked up in China, now is accelerating elsewhere, and countries are stepping up commodity purchases to rebuild stockpiles after running them down during lockdowns that slowed port operations and hit economic activity globally.

Analysts say the rally isn’t over, with rates to carry unpacked commodities such as grains, iron ore and coal — known as dry bulk— expected to remain high possibly into 2022. That’s a stark turnaround for a market that slid to a four-year low less than 12 months ago, and comes amid a tight supply of vessels.

It also is happening as the uneven recovery scrambles movements of ship containers, which carry everything from furniture to packed commodities such as coffee and white sugar.

“If you roll back a little bit and remember what the world looked like and what the sentiment was around the world this time last year, there was a great deal of uncertainty,” said Burak Cetinok, head of research at Arrow Shipbroking Group. “But now that we are seeing light at the end of the tunnel, the industrial sector is now building inventory. So that’s adding to strong shipments.”

Freight costs started to recover as top commodities buyer China emerged from the pandemic faster than other countries. Rebounding manufacturing in the Asian nation and huge imports of American crops to feed an expanding hog herd gave dry-bulk rates a first leg up.

The nation’s imports are so big that they helped send the cost of hauling in Panamax ships — those meeting the size limits for the Panama Canal — to the highest level in more than a decade. Some traders have even likened it to the Great Grain Robbery of the 1970s, when the Soviets quietly bought millions of tons of American supplies.

“We’ve had very strong U.S. shipments that continued well into the first quarter, and we are still going to see high corn shipments out of the U.S. going forward,” said Peter Lindstrom, head of research at Norwegian shipping firm Torvald Klaveness Group. That will happen at the same time as the peak of the export season from the east coast of South America, a positive factor for Panamaxes, he said.

The big American corn shipments in the second quarter also will coincide with increasing coal volumes, another commodity that helped boost the cost of dry bulk shipping. A trade spat between Australia and China left more than 70 ships carrying over 8 million tons of coal stranded late last year, reducing the supply of vessels. While that situation has eased, about 35 carriers remained stranded and unavailable to take on new trips as of earlier this week.

The fracas has had another consequence: Coal is now traveling longer distances. Australia is now sending coal farther, to places such as India, and China is buying more of the fuel from countries including Colombia and South Africa. That resulted in more use of Panamax ships rather than the biggest vessels.

“Most of the coal coming out of Australia going into China is carried by the largest dry-bulk carriers, Capesizes,” Cetinok said. “After this shift, most of that is downsized to Panamax businesses, so to carry the same same amount of coal with smaller ships, it requires more ships.”

The uneven recovery also has brought some surprises. China fired up its steel mills well ahead of other countries, creating a massive difference between prices there and in North and South America. At the same time, Americans and Europeans started buying up China-made goods online during the pandemic, snarling traffic for containers commonly used to ship steel products.

The result: Things such as hot-rolled coil are being loaded into bulk vessels to be shipped to the Americas, an operation that takes longer than loading the containers commonly used.

“The arbitrage between the Pacific and the Atlantic got to such a high level that it made sense to ship in bulk,” Cetinok said.

Grain traders also had to get creative, with many Midwestern companies that usually ship specialty grains in containers opting for bulk freight. In Brazil, top crop trader Cargill Inc. even booked a capesize vessel able to carry 180,000 tons of bulk grains, to pick up soybean meal, shipping data showed.

“With the spreads we’ve seen, it has become so much cheaper to take one cape instead of three supras or two Panamaxes and people have been creative,” Lindstrom said, adding that some traders have also been renting capesizes and splitting them up to carry various commodities as a way to cut costs.

Cargill confirmed the cargo. The company is “uniquely positioned” to do such deals as it has a long-term fleet and a team specialized in combining cargoes that normally would have been shipped on smaller vessels, known as parceling, said Jan Dieleman, head of Cargill’s ocean transportation business in Geneva.

Rates for capesizes jumped 7.2% to $22,468 a day April 7, the highest for the time of year since at least 2014, according to data from the Baltic Exchange in London.

Adding to the congestion, some 90 bulk carriers were stranded in the Suez Canal after the giant containership Ever Given got stuck in one of the world’s most important shipping chokepoints. The blockage lasted for only six days but added to the overall tightness of the dry-bulk market, said Ralph Leszczynski, head of research at shipbroker Banchero Costa & Co.

There will be congestion as vessels stuck in the Suez arrive at destination at the same time, though experts don’t expect it to have a significant impact on rates.

All of that is happening just as the fleet of bulk ships isn’t expected to grow, with very few orders on the books. Also, President Joe Biden’s economic stimulus and infrastructure packages may bode well for commodity demand and therefore freight rates.

“We are quite positive for this year and next year,” said Lars-Christian Svensen, chief commercial officer at Golden Ocean Group Ltd. “Dry commodities have been a bit dormant for the past few years, but they’re taking off at the moment.”