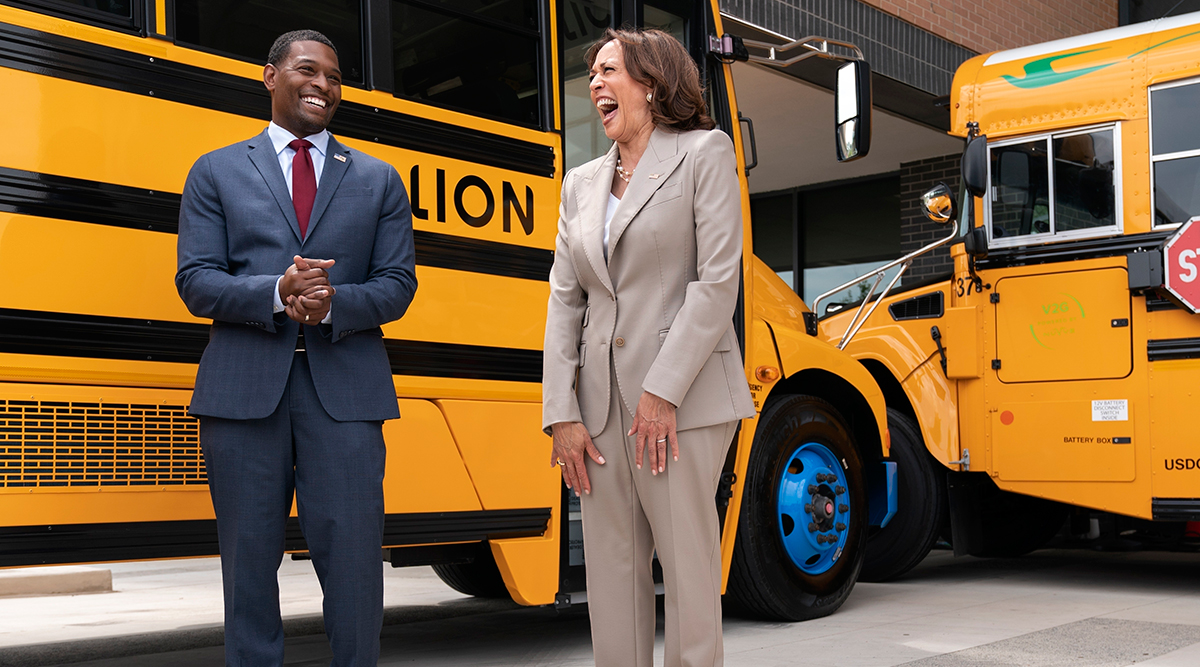 WASHINGTON — Nearly 400 school districts spanning all 50 states and Washington, D.C., along with several tribes and U.S. territories, are receiving roughly $1 billion in grants to purchase about 2,500 “clean” school buses under a new federal program.

The Biden administration is making the grants available as part of a wider effort to accelerate the transition to zero-emission vehicles and reduce air pollution near schools and communities.

“Who doesn’t love a yellow school bus?” a smiling Harris asked an invitation-only crowd at Seattle’s Lumen Field, with an electric bus behind her. 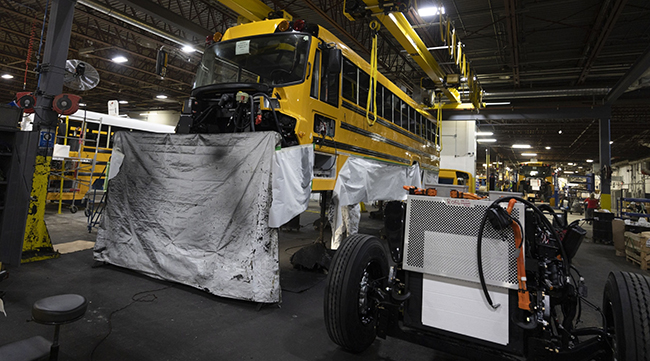 As many as 25 million children ride the familiar yellow buses each school day, and they will have a healthier future with a cleaner fleet, Harris said.

“We are witnessing around our country and around the world the effects of extreme climate,” she said. “What we’re announcing today is a step forward in our nation’s commitment to reduce greenhouse gases, to invest in our economy ... to invest in building the skills of America’s workforce. All with the goal of not only saving our children, but for them, saving our planet.’’

Only about 1% of the nation’s 480,000 school buses were electric as of last year, but the push to abandon traditional diesel buses has gained momentum in recent years. Money for the new purchases is available under the federal Clean School Bus Program, which includes $5 billion from the bipartisan infrastructure law President Joe Biden signed last year.

The clean bus program “is accelerating our nation’s transition to electric and low-emission school buses while ensuring a brighter, healthier future for our children,” Regan said, calling it “just the beginning of our work to ... reduce climate pollution and ensure the clean, breathable air that all our children deserve.”

EPA initially made $500 million available for clean buses in May but increased that to $965 million last month, responding to what officials called overwhelming demand for electric buses across the country. An additional $1 billion is set to be awarded in the budget year that began Oct. 1.

EPA said it received about 2,000 applications requesting nearly $4 billion for more than 12,000 buses, mostly electric. A total of 389 applications worth $913 million were accepted to support purchase of 2,463 buses, 95% of which will be electric, EPA said. The remaining buses will run on compressed natural gas or propane.

School districts identified as priority areas serving low-income, rural or tribal students make up 99% of the projects that were selected, the White House said. More applications are under review, and EPA plans to select more winners to reach the full $965 million in coming weeks. 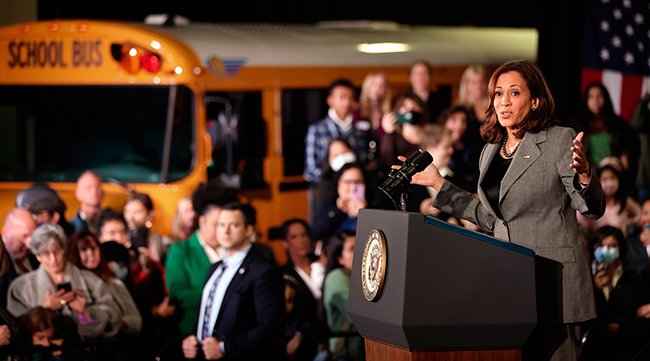 Environmental and public health groups hailed the announcement, which comes after years of advocacy to replace diesel-powered buses with cleaner alternatives.