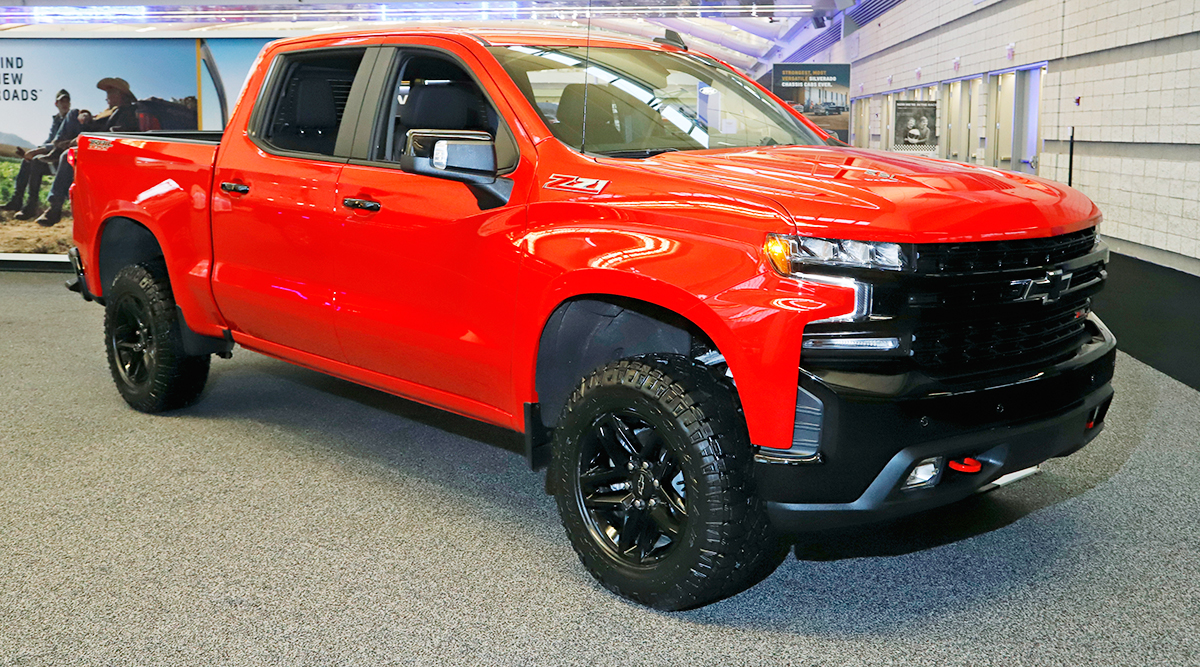 WARREN, Mich. — General Motors plans to cash in as the world switches from combustion engines to battery power, promising to double its annual revenue by 2030 with an array of new electric vehicles, profitable gas-powered cars and trucks, and services such as an electronic driving system that can handle most tasks on the road.

In announcements Oct. 6 ahead of a two-day investor event in suburban Detroit, the company also pledged to unseat Tesla and become the electric vehicle market share leader in U.S., although no time frame was given.

The company also teased upcoming new electric vehicles including a Chevrolet small SUV that will cost around $30,000, as well as electric trucks from Chevrolet and GMC, crossover SUVs from Buick, and luxury vehicles from Cadillac. An electric Chevrolet Silverado pickup truck that can go 400 miles per charge will be unveiled at the CES gadget show in January.

The Detroit automaker plans to have more than half of its North American and China factories be capable of making electric vehicles by 2030.

GM took in $122.5 billion in revenue in 2020, a year that was depressed by the arrival of the novel coronavirus pandemic. Doubling it would be close to $250 billion.

To get there, CEO Mary Barra said the company’s revenue would rise from selling internal combustion vehicles, while at the same time revenue would be added from new electric vehicles. GM also plans to raise cash from subscription services including insurance and its OnStar safety system, as well as its Cruise majority-owned autonomous vehicle subsidiary.

Another revenue source will be Ultra Cruise, GM’s next generation of electronic hands-free driver-assist systems that will be able to take on 95% of driving tasks. The company said the system, due in selected Cadillac luxury vehicles in 2023, will be a “virtually door-to-door hands-free driving experience.” 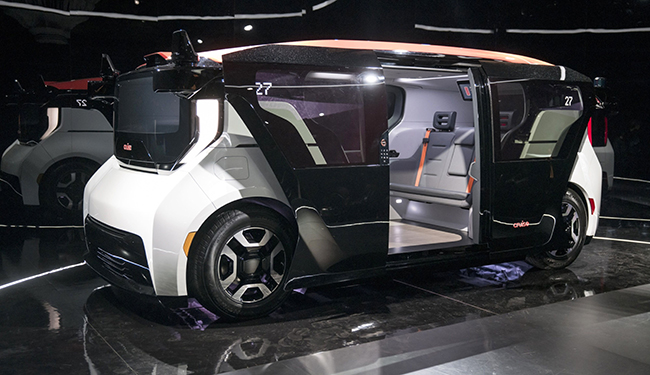 The Cruise Origin electric driverless shuttle is designed to be more spacious and passenger-friendly than a conventional, human-driven car. It lacks traditional controls like pedals and a steering wheel. (David Paul Morris/Bloomberg News)

It will use cameras, radar and laser sensors to follow navigation routes and speed limits, automatically change lanes, obey traffic signals and make turns on 2 million miles of roads in the U.S. and Canada. Eventually it will learn all paved roads in both countries.

To capture U.S. electric vehicle market share leadership, GM plans to spend $35 billion to roll out more than 30 new battery vehicles globally by 2025. The company has set a goal of selling only electric passenger vehicles by 2035.

To become No. 1 GM will have to overtake Tesla, which over the weekend reported record third-quarter sales of 241,300 electric vehicles, a 72% increase over the prior year.

GM wouldn’t say when it would take the lead, but Barra said GM would have a strong portfolio of affordable electric vehicles as well as an upcoming reliable charging infrastructure. The company also has existing factories that can efficiently be converted to build EVs, and a dealership network for service, she said.

“That’s why we believe that we’re going to attract those customers,” Barra said. “There’s a lot of things that we have that when we put our foot on the accelerator pedal, we can really move quite profitably.” 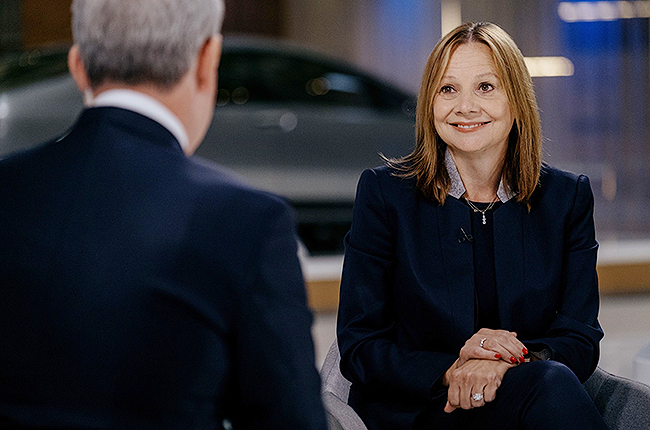 EV leader Tesla has had to spend billions to build huge new assembly plants from the ground up near Austin, Texas, and in Germany and China.

While GM may have lofty visions for the future, it’s struggling in the present with the global shortage of computer chips. Third-quarter sales were down nearly 33%, and GM has lost nearly 2 percentage points of U.S. market share since 2019. The company’s share is 15.2% of the market so far this year, according to figures compiled by Edmunds.com.

GM and other automakers have been forced to temporarily close factories due to a lack of chips. That has caused shortages of new vehicles across the globe, but also has driven up prices. GM’s average sales price hit a record of more than $48,000 so far this year, according to Edmunds estimates.