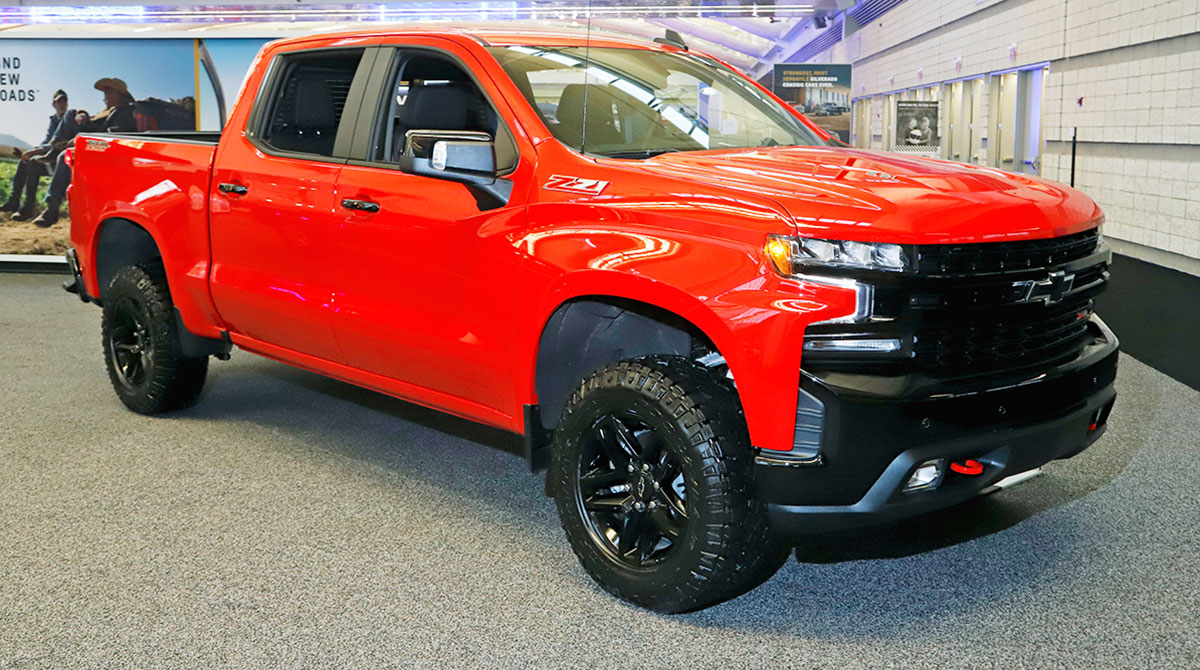 Sales of the heavy-duty version of GM's Silverado pickup was up almost 60%. (Gene J. Puskar/Associated Press)

General Motors Co. made big sales gains in the third quarter in a sign the semiconductor shortage is easing, but the relief may arrive for automakers just as consumers get squeezed by rising interest rates and concerns about the economy.

The Federal Reserve’s recent actions have pushed up rates on car loans while inflation is already hurting consumer confidence, according to Edmunds.com, which projects a 0.9% decrease in third-quarter sales from a year ago and a 2.7% drop from the previous quarter. Edmunds said auto-loan rates hit a three-year high of 5.7% in the three months ended Sept. 30.

That could put carmakers in a tough spot even if they can find more chips. The used-vehicles market is already softening and there are signs that the new-car market could follow. Some automakers are starting to dangle interest-rate incentives and sales to corporate fleets are starting to come back. 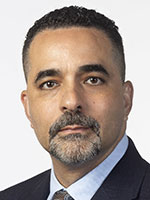 “There’s a lot of negative consumer sentiment in the marketplace, we’re obviously concerned about that,” said Randy Parker, CEO of Hyundai Motor America, in a roundtable with reporters. “We’ve noticed that inventory levels from a lot of brands have started to pick up.”

While sticker prices remain elevated, price gains are decelerating — which spells potential trouble for automakers’ ability to maintain high profit margins. New-car prices rose 6.3% in September to record an average of more than $45,000, J.D. Power projected, a slowdown from the 10% growth rate that has prevailed for the year to date. Power forecasts seasonally adjusted annual sales for the month rose to 13.6 million units, up 1.5 million units from 2021.

Inventory levels are also rising. Dealers had 39 days of vehicle supply on hand last month, up 51% from a year ago, according to Cox Automotive. Stellantis NV, owner of the Ram pickup brand, said commercial sales to fleet owners jumped 57% from a year ago. Ram and Jeep are among a handful of brands that have increased the use of incentives since the start of the year, according to Cox Automotive.

“We have long predicted that if retail demand softened, the automakers had the fleet lever to pull, and it appears they have done so,” Michelle Krebs, executive analyst at Cox Automotive, said in an email.

So, as expected, Q3 auto sale ended like they began, pretty slow. Sales volumes have been consistently low for more than a year now. Here's our update to the forecast: https://t.co/9vOIm1YE6E pic.twitter.com/nBe09LUOse — Cox Automotive (@CoxAutomotive) October 3, 2022

GM posted a double-digit gain in third-quarter sales on improved supplies of hard-to-find computer chips, allowing it to best Toyota Motor Corp. by some 30,000 vehicles. Toyota and Stellantis both reported lower sales for the three months ended Sept. 30.

September sales will likely rise 7.7%, a reflection of improved inventories compared to a year ago, according to Cox Automotive.

Many major automakers, including GM, Toyota and Stellantis reported U.S. sales Oct. 3 for the most recent quarter. Ford Motor Co. is expected to provide its sales data Oct. 4 and Tesla Inc., which provides global numbers, reported its results Oct. 2.

GM’s sales soared 24% in the most recent three-month period to 555,560 units, allowing it to stay ahead of Toyota for a second consecutive quarter. It was aided by its ability to secure more semiconductor chips and boost production, the company said in a statement.

Its mainstream Chevrolet brand boosted sales 30% and Cadillac saw a 50% increase in the most recent three-month period. GM said it plans to boost global production of its Chevy Bolt and Bolt EUV by nearly 30,000 vehicles to more than 70,000 units thanks to stronger demand. It cut the compact EV’s price by $6,000 earlier this year.

Despite gasoline prices remaining elevated, GM’s thirstiest vehicles made big gains. The automaker saw sales of its Chevy Suburban large SUV rise more than 40% and the heavy-duty version of its Silverado pickup was up almost 60%. Hummer EV production is still at a trickle, with just 411 sold in the quarter.

Japan’s largest carmaker saw third-quarter sales tumble 7.1% from a year ago to 526,017 vehicles. Toyota’s deliveries rose 17.1% in September, but remain off by more than 15% for the year. Sales of its top-selling RAV4 crossover utility vehicle soared nearly 51% last month, driving up overall numbers for the Toyota brand.

Toyota’s Lexus luxury line saw sales fall 4.3% in September and they are down 16.8% for the year. Deliveries of its best-selling model, the RX SUV, were up less than 1% last month and are down 5.1% so far this year.

Honda Motor Co. saw third-quarter sales plunge 36%, with a 44% drop-off in deliveries of its Acura luxury line. Still, the automaker says it is seeing signs of inventory improvement, as sales of its top-selling CR-V crossover utility vehicle rose 27% last month and its Ridgeline pickup had its best September ever, with deliveries up 53%.

“The pipeline is getting stronger with the expectation that increased production in the fourth quarter will support important upcoming all-new model introductions, like the CR-V, CR-V Hybrid and Pilot,” Mamadou Diallo, vice president of auto sales for American Honda Motor Co., said in a statement.

Stellantis NV sold 385,665 vehicles in the third quarter, a 6% drop from last year and slightly less than the 388,481 forecast by researcher Cox. The Ram pickup was its top seller overall, followed by the Jeep Wrangler.

The company’s other gas guzzlers, the Dodge Challenger and Charger muscle cars, jumped 17% and 25% respectively after the brand released limited-edition models as a swan song before the gasoline-powered versions of those cars are discontinued next year to make way for electrified versions.

Commercial sales to businesses and governments rose in a sign of heightened reliance on fleet sales. With gas prices still elevated, the hybrid Jeep Wrangler 4xe made up 28% of total Wrangler sales in the quarter, the automaker said.

Nissan Motor Co. said its third-quarter U.S. sales fell 23% with its namesake brand down 24% amid chip shortage woes. The company’s premium Infiniti brand posted a 5.4% increase, the company said in a statement.

The Japanese automaker said sales of its Altima sedan doubled, but its top-selling Rogue crossover SUV was hit hard. Sales of the popular model fell 19% in the quarter to 42,460.

Hyundai sold 184,431 vehicles in the third quarter, up 3% from a year ago, led by the Tucson crossover and budget-friendly Elantra sedan. Hybrids and fully electric models like the Elantra HEV and Ioniq5 set records, the Korean automaker said. September sales were up 11% year-over-year.

Hyundai has benefited from an onslaught of new models and effective inventory management amid the chip shortage. The automaker has “plenty of cars in the pipeline for the remainder of the year,” Parker, the head of Hyundai Motor America, said in statement.