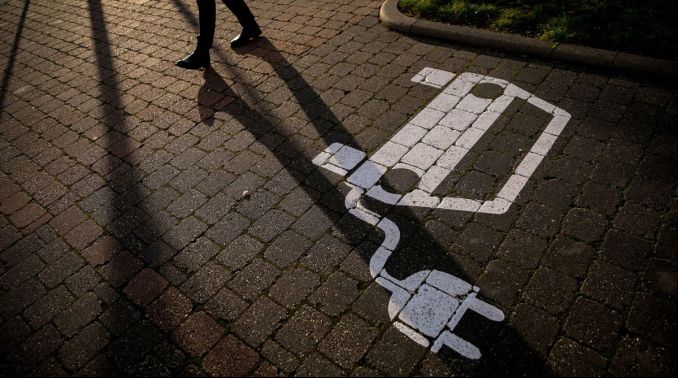 The electric vehicle industry has quietly hit one of its biggest milestones to date, as the number of public charging plugs around the world ticks above the 1 million mark.

The options for juicing up a car that runs on electrons crossed the seven-figure threshold sometime in May, having doubled in just three years, according to the recent tally by BloombergNEF. Most of the new infrastructure has been built in China and Europe. North America, with far less robust public subsidy and support, remains a distant third in the charging race, though there is some hope that a pandemic stimulus will catalyze a new wave of construction.

A parade of new battery-powered pickups — from the likes of Ford, Rivian and Tesla — may also speed up the pace of charger installations in the U.S. when those models start rolling off assembly lines next year. And General Motors has finally decided to invest in charging stations, 24 years after making its first electric vehicle.

“The election could make a big difference as well,” BloombergNEF analyst Ryan Fisher said. “Biden’s been really bullish on both EVs and charging infrastructure.” On July 14, the Democratic presidential candidate released a $2 trillion clean energy plan, including a Cash-for-Clunkers-type program intended to spur people to trade gas-burning vehicles for electric models.

Regardless of voting results, the U.S. seems hard-pressed to catch up to those leading the way on charging. The Netherlands, for example, has slightly more car charging cords than the U.S., though the country as a whole has fewer licensed drivers than the state of New York. China remains the most aggressive on jump-starting its electric vehicle economy with more than half of the world’s plugs. In Europe, France leads in its network investments. The European Union recently announced a goal of 1 million public chargers by 2025.

Part of the recent growth can be attributed to a land-grab effect, as network developers like Engie, the French utility, and Allego, a Dutch startup, race for the best sites. Stimulus spending and a recent mandate for chargers at German petrol stations have primed the plugs as well. “In Europe at least, there is going to be loads of chargers put in ahead of demand in the next few years, because of those two things,” Fisher said. “It could be quite a monopolistic thing … and if the land is gone, then you can’t put a charger there.”

BloombergNEF expects one in 10 vehicles purchased in 2025 will be battery-powered and by 2040, the world will need about 12 million public charging points and almost $400 billion spent on infrastructure. Of course, the plugs required will ultimately depend on how many electric vehicles are purchased, and vice versa.