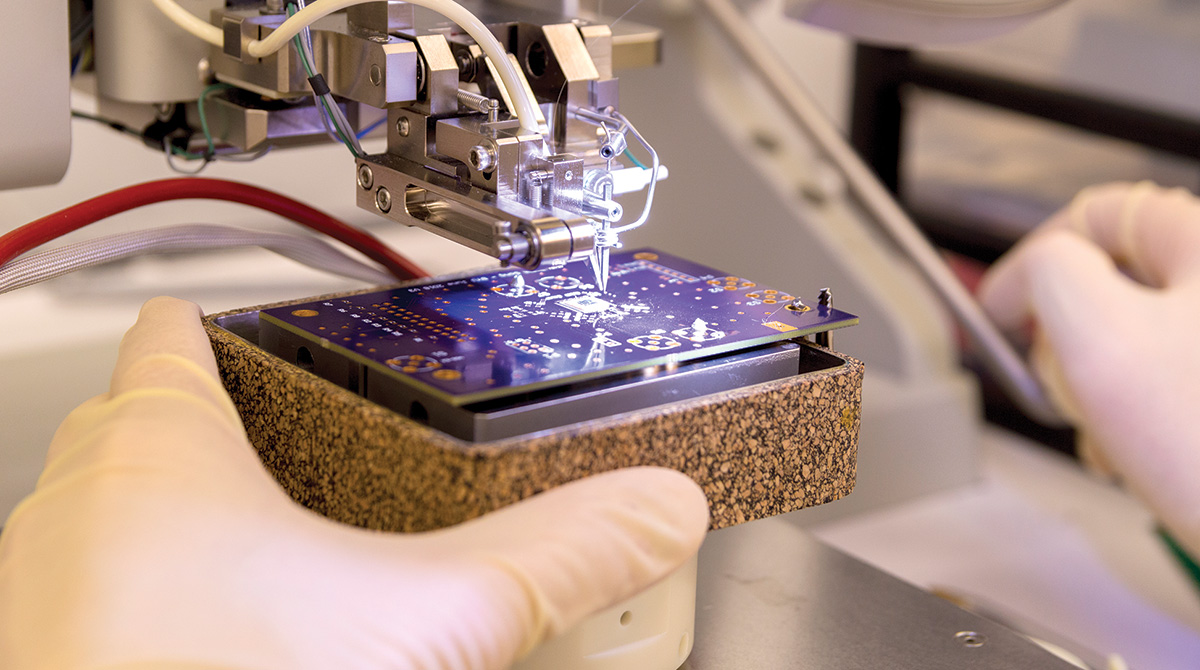 A silicon chip is attached to a printed circuit board. (Aaron Hawkins/Getty Images)

The scarcity “may stretch into 2023” in areas where capacity expansion is slow to catch up with consumer demand, Reinhard Ploss, chief executive officer of Infineon, said in an interview with Frankfurter Allgemeine Zeitung.

“Building new facilities and clean rooms in which the silicon wafers are processed into chips can take two to two and a half years; upgrading existing facilities three quarters to one year,” he said.

The chip crunch this year is hurting production at companies from Tesla Inc. to Apple Inc. and Microsoft Corp. The amount of time it’s taking for manufacturers to get orders filled stretched to more than 20 weeks in July, worsening from the previous month, research by Susquehanna Financial Group showed.

Increased work-from-home needs and the catch-up effect in the automotive industry following pandemic-fueled delays have become major drivers for the chip industry, according to Ploss. He also cited faster adoption of electric cars and growing demand for renewable energy among factors contributing to the shortage.

Among European companies affected is Volvo Car AB. Its plant in Ghent, Belgium, won’t run for three days next week due to chip shortages, with some 5,000 workers being temporarily unemployed, the De Tijd newspaper reported, citing a company spokesperson. The plant had shut for five days in the first half for similar reasons.

Ploss called for more efforts in Europe to reduce the continent’s dependence on foreign exporters in the semiconductor business. He’s “open” to cooperating with other companies as long as it fits Infineon’s business strategy, he said.

With assistance from Aoife White.

US Seeks Sharing of Chip Supply Information to Ease Crunch