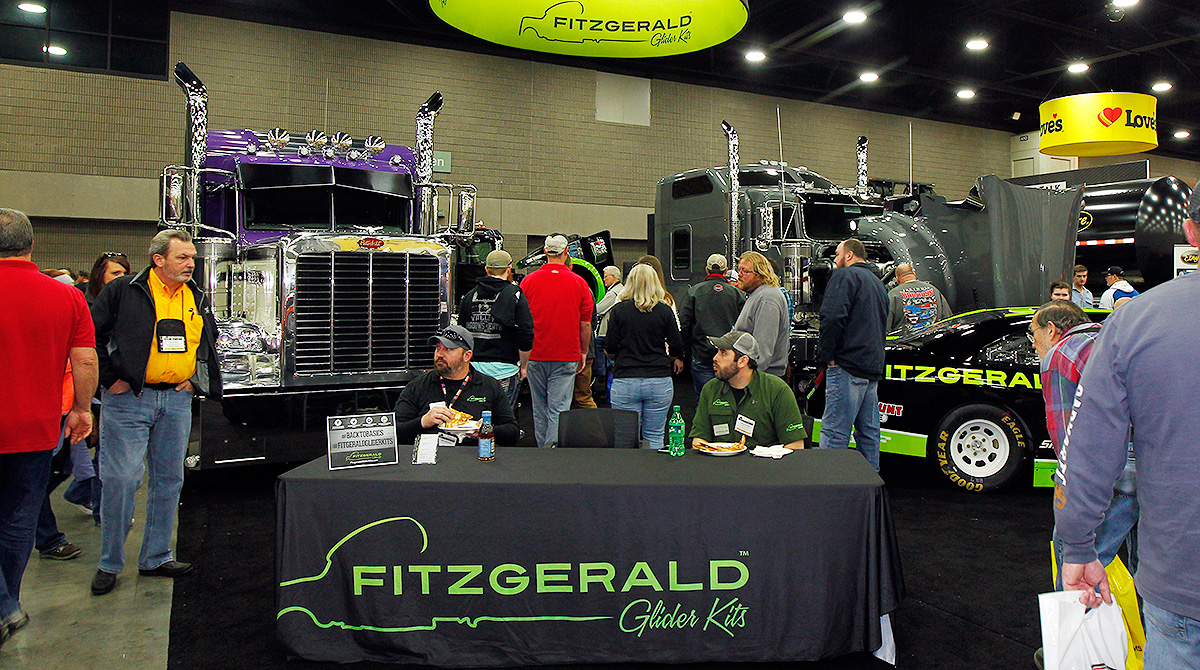 A federal judge has ruled that Fitzgerald Truck Parts and Sales can proceed with its lawsuit disputing an IRS claim that the glider truck maker owes more than $64 million in back tractor-trailer federal excise taxes, penalties and interest.

In a memorandum order July 15, Chief U.S. District Judge Waverly Crenshaw Jr., of the Middle District of Tennessee, rejected a request by the federal government to dismiss Fitzgerald’s lawsuit.

In its lawsuit filed in February, Fitzgerald charged that the IRS in 2015 changed its two decadeslong position that Fitzgerald was not required to pay a 12% federal excise tax on sales of refurbished gliders because the company qualified for a “safe harbor” exemption provision, since the refurbished trucks sell for less than 75% of the cost of new trucks.

The U.S. tax code imposes a 12% excise tax on the first retail sale of tractors used for highway transportation in combination with a trailer or semitrailer. In cases in which the excise tax applies, the seller collects the tax from the buyer as a separately stated charge and remits it to the federal government.

But Fitzgerald, the nation’s largest glider truck manufacturer, alleges that it is being targeted by the IRS, which did not assess excise taxes against all dealers who sold gliders during the relevant tax periods.

The company said in a statement that it was pleased with the court's opinion. “It will allow us to conduct discovery and bring forth evidence on the company’s reliance on numerous prior IRS actions that were relied upon by the company, as well as bring to light the targeting of the glider industry," Fitzgerald said.

A U.S. Department of Justice spokeswoman declined comment on the lawsuit.

In his memorandum order, Crenshaw defined a glider truck as being built from a glider kit that consists of new tractor parts, including such things as the cab, frame, sheet metal, mounting brackets and steering gear produced by original equipment manufacturers such as Peterbilt, Kenworth, Freightliner and Western Star. Powertrains and other necessary parts are then added and the glider trucks are offered for sale, the judge wrote.

Crenshaw’s order noted that because the costs and profits in assembling the glider — including the costs of rebuilding the engine and/or transmission, buying a glider kit and melding the two — do not exceed 75% of the retail price of a comparable new highway tractor, Fitzgerald believes that it is entitled to the “safe harbor” exception and thus, not liable for the 12% tax.

“For two decades, the IRS apparently had the same view,” the memo order said.

However, in 2014, court records say, the IRS began an examination for each of the tax quarters from 2012 to 2014. On May 26, 2015, the IRS sent a letter informing Fitzgerald that it owed the excise taxes, penalties and interest.

“An accompanying report from a revenue agent alleged that Fitzgerald was ‘not extending the useful life of an existing vehicle, but instead was fabricating a truck tractor that did not exist prior to the fabrication,’ ” court records said. 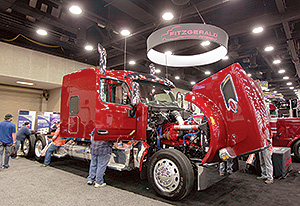 A Peterbilt on display at the Fitzgerald Glider Kits booth at a trade show. (John Sommers II for Transport Topics)

“And, what a whopping assessment it was: $64 million for the three-year period between 2012 and 2014,” Crenshaw wrote. “The taxes, of course, were not collected at the time of the sale of the glider trucks, and it is highly unlikely that truckers or fleet owners would willingly pay taxes on trucks that were purchased between four and six years earlier.”

The court awaits response to Fitzgerald’s complaint, which is due by July 29.

Fitzgerald was at the center of a controversy in 2018 when a Tennessee Technological University study the glider maker funded was found to involve research misconduct. A TTU investigation found that the study erroneously concluded that emissions from glider trucks are as clean or cleaner than those from newer trucks.

The TTU study results were included in an Environmental Protection Agency 2017 proposed rule to repeal an Obama-era rule limiting the production of glider trucks by each manufacturer to 300 a year. However, a 2017 EPA study concluded glider trucks can emit 43 times more nitrogen oxides and 55 times more particulate matter than trucks in compliance with newer federal emissions standards.