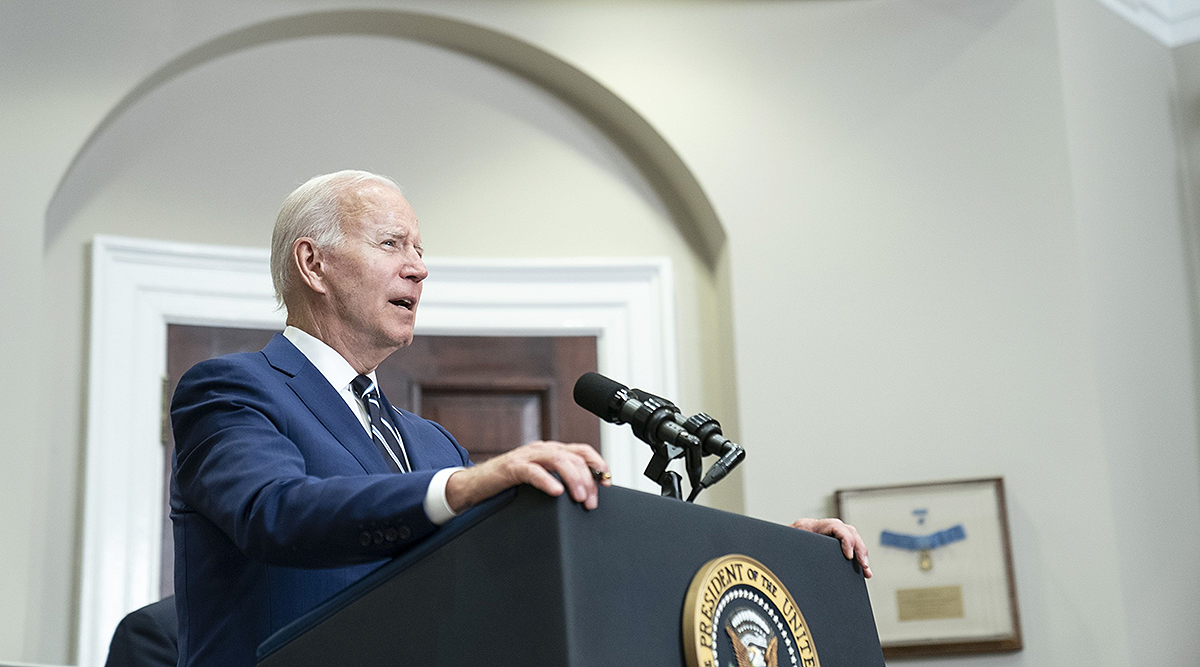 Biden's statements June 21 seemed to be a hint he would press Congress for the federal tax holiday. (Sarah Silbiger/Bloomberg News)

President Joe Biden and a top economic aide preemptively defended a potential suspension of the federal gasoline tax, saying it wouldn’t hurt road-building projects and that savings would be passed on to consumers — the latest signal Biden is leaning toward urging Congress to pause the levy.

Biden, who has been keen to demonstrate he’s taking steps to ease high prices at the pump, rebutted an oft-cited concern that suspending the 18.4 cents-per-gallon tax would halt a key revenue source for maintaining roads.

“We have a giant infrastructure bill we passed — giant,” he told reporters June 21 at the White House. “It’s not like before. Look, it will have some impact but it’s not going to have an impact on major road construction and major repairs.”

At another event, Biden economic adviser Heather Boushey downplayed concerns that a tax cut would just boost profits and that consumers would see little or none of the savings passed on.

Both statements signal Biden may end up calling for a tax holiday. Asked if he’d already made a decision, Biden replied: “I’m in the process. I’ll have a decision before the week is out.”

Biden said June 20 he was awaiting data as he weighs whether to call for a temporary suspension of the levy, with fuel prices hovering around $5 a gallon heading into summer, and inflation — at a four-decade high — looming as a political liability for Democrats in the November midterms.

It would be up to Congress to enact a gasoline tax pause, White House Press Secretary Karine Jean-Pierre said June 21.

Opponents of suspending the tax say it would risk siphoning money from the Federal Highway Trust Fund that pays for road and transit systems. Biden is suggesting that funding from the infrastructure law passed last year, which included $550 billion in total new funding, could fill the gap.

“Is it going to, in fact, make it difficult to maintain our roads? The answer is we have plenty of capacity to do that,” he said.

Boushey, a member of the White House’s Council of Economic Advisers, said that state-level tax holidays have aided consumers.

“What we’ve seen in states that have done a gas tax holiday, by and large those savings have been passed on to consumers,” she said at a Washington Post Live event. “There is some hope that we will see that pass through.”

Treasury Secretary Janet Yellen said June 19 on ABC’s This Week that a temporary suspension is “worth considering.”