Fresh Fragility in Global Trade Set to Be Revealed in 2023 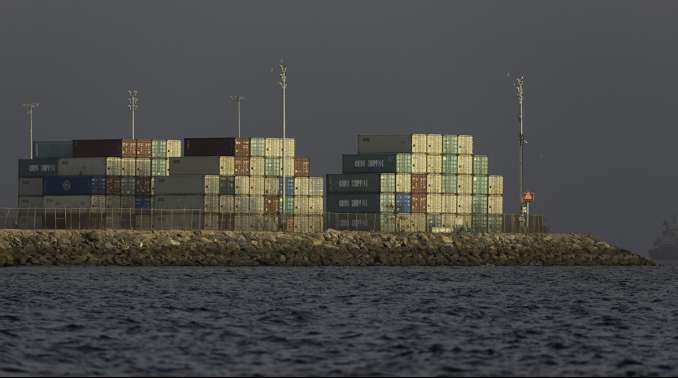 Shipping containers at the Port of Long Beach in California. (Tim Rue/Bloomberg News)

It’s been almost two years since an Arabian sandstorm roiled the world’s supply networks by nudging a 1,300-foot-long containership into the muddy bank of the Suez Canal.

The Ever Given’s weeklong grounding delivered a key warning: The global trading system isn’t as stable as we thought.

Since then, a pandemic-fueled supply crunch, Russia’s war with Ukraine, and a deepening rift in the U.S.-China trade relationship have hammered home the idea that the world needs more resilient trade networks.

As these supply chain shocks begin to dissipate this year, the next fragility to be exposed will reveal how outdated the global trading system is in an era where the world’s largest nations are stepping back from the founding principles of globalization.

Here are five ways that global trade will transform in 2023:

President Joe Biden will continue to sharpen and define his administration’s China policy in ways that will have broad-reaching effects for the global economy.

Biden continued his predecessor’s trade war when he imposed export restrictions on key industrial sectors, offered huge trade-distorting subsidies and retained tariffs on hundreds of billions of dollars’ worth of Chinese exports.

While these policies won’t completely decouple the U.S. and Chinese economies over the medium-term, they could fundamentally reshape the relationship in ways that increase consumer prices and reduce global productivity.

A critical question for the coming year is whether Biden can convince key economies, particularly the European Union, to join its Chinese containment strategy.

America’s European allies — particularly Germany and France — remain skeptical about Biden’s China strategy and are frustrated by the emergence of protectionist U.S. industrial policies — like the Inflation Reduction Act and the CHIPS and Science Act.

Resolving these differences will be critical to the long-term U.S. strategic vision for the Asia-Pacific region and for the stability of the $1.1 trillion transatlantic trade relationship.

Policymakers in Washington are no longer standing by as Beijing uses its massive government coffers to subsidize key 21st century industrial sectors — like clean energy technologies, rare-earth minerals and semiconductors.

The Biden administration is now implementing the biggest federal spending initiatives to bolster U.S. manufacturing in decades, following the passage in 2022 of a $437 billion climate-focused package and a $52.7 billion semiconductor-subsidy program.

Foreign governments are taking notice. Biden’s industrial policy — which incentivizes companies to move production onto U.S. shores — is propelling China, Europe and other major economies to respond in kind.

That may lead to a global subsidies race where the winners are the governments with the deepest pockets and the losers are economies in the developing world which are already suffering from growing debt burdens. 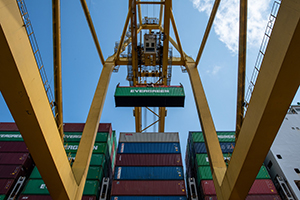 A crane unloads a container at the Port of Buenaventura in Buenaventura, Colombia. (Jair F. Coll/Bloomberg News)

Multilateralism in a Coma?

This year will mark a critical test for the relevance for the World Trade Organization and its system of rules that governs the $32 trillion global trading system.

The Biden administration says that it wants to help revive the WTO and make it more relevant. But at the same time, the U.S. unapologetically rejects the organization’s legitimacy as a neutral arbiter of U.S. trade policies — like Trump’s tariffs on steel and aluminum.

Needless to say, it’s a negative omen to see the original architect of the global trading system pushing against an organization that’s helped preserve a 75-year era of global peace and prosperity.

Absent a change in tack, the Biden administration’s decision to snub the WTO marks an important inflection point that may herald a return to a might-makes-right era of great power politics.

As multilateralism falters, the world will continue tilting toward a new era of separate but interconnected trading blocs led by the U.S., the European Union and China.

This is driven, in part, by the Biden administration’s vision to “friend-shore” manufacturing and supply chains away from authoritarian regimes and towards market-based economies with shared values.

As this pattern accelerates, it will improve market access and reduce behind-the-border trade barriers for those inside the clubs, while at the same time increasing costs and inefficiencies for nations on the outside. The trend may also reduce global gross production by as much as 5%, leaving the world a poorer and less productive place.