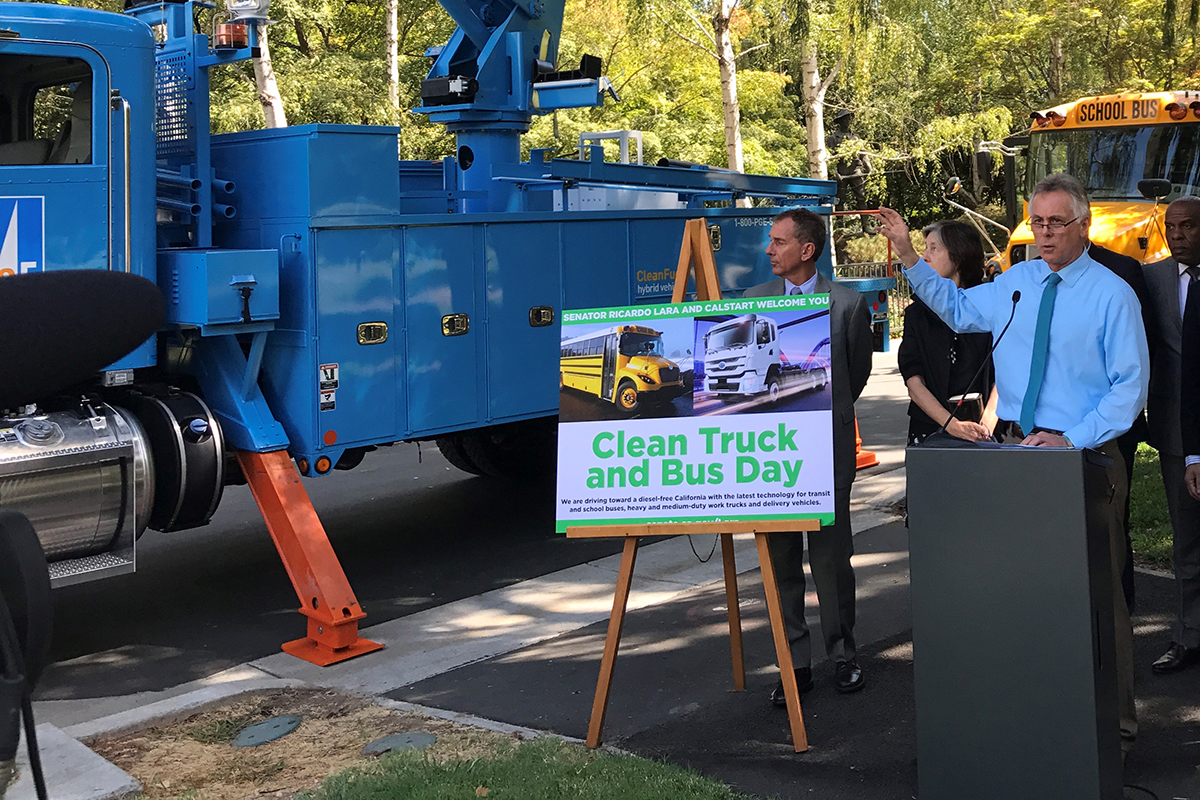 The announcement came from a clean transportation industry organization in the Golden State, Calstart, as part of a media blitz featuring clean vehicles such as a UPS truck running on liquefied natural gas.

“We’re very pleased the senators are asking for more funding for clean trucks and buses,” Calstart President John Boesel told Transport Topics. “The technology is improving rapidly; however, we are at a stage where we need additional public funding to jump start the market.”

In the final weeks of the 2017 legislative season, which adjourns Sept. 15, the senators are asking for a billion dollars in funding from the California greenhouse cap-and-trade program to focus on cleaner buses and trucks. This would amount to a tripling of the amount of funding spent last year.

“We are at a pivotal point where the technology is emerging, and we now have the chance to move toward a future where trucks and buses produce either zero or virtually zero emissions,” Calstart Senior Vice President Bill Van Amburg said in a press release. “In addition to improving public health, California policies are resulting in significant new job creation. Companies are moving to California to build trucks and buses because this is where the market is growing the fastest.”

California is leading the nation in the deployment of zero-emission buses and hybrid trucks, due in part to cap-and-trade investments, according to Calstart. More than 3,200 hybrid, electric, fuel cell, and low NOx natural gas trucks and buses are on the streets.

Safer, Cleaner Power for your Reefer