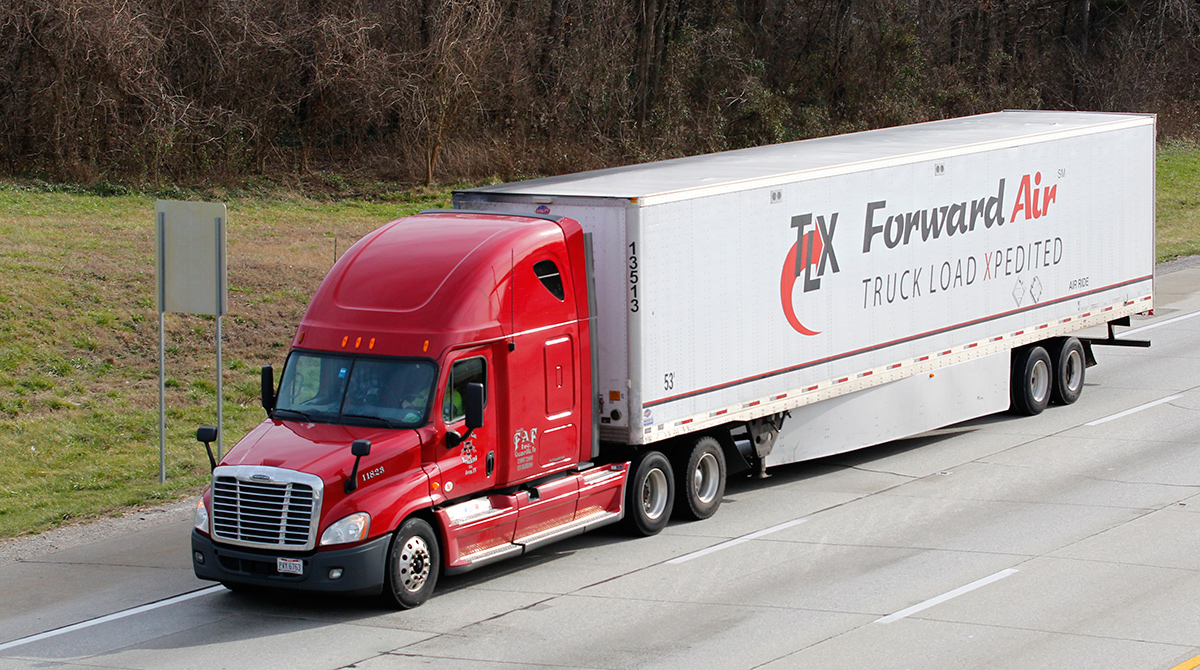 The Greeneville, Tenn.-based ground transportation and logistics services firm posted net income of $9.2 million, or 33 cents a diluted share, for the three months ended June 30. That compared with $21.2 million, or 74 cents a share, during the 2019 period. Total revenue decreased 7% to $281.7 million from $302.9 million.

“Our last call was less than three months ago, and it feels like an eternity,” CEO Tom Schmitt said during a conference call with investors. “Some things are the same. In fact, they are steadfast. First and foremost is our commitment to our people’s safety and the safety of all those around us at CDC-plus levels. And the second thing that’s steadfast and firm is our execution of our Beyond 2019 Strategy.”

The initiative was unveiled last year during a meeting with investors to celebrate 25 years of being listed on the Nasdaq exchange. The strategy focuses on improving speed and precision execution.

The results exceeded Wall Street’s projections of 13 cents per share and quarterly revenue of $266.85 million, according to Zacks Consensus Estimate.

“We expect third-quarter year-on-year revenue growth to be 1% to 5% and net income per diluted share to be between 40 cents and 44 cents,” Chief Financial Officer Michael Morris said.

The expedited freight segment reported revenue decreased 6.9% during the quarter to $235.7 million from $253.3 million a year ago. Income from operations for the segment decreased 58.2% to $11.8 million from $28.2 million.

KeyBanc Capital Markets analyst Todd Fowler wrote after the earnings were released that his firm is raising estimates to reflect current-quarter upside, as well as slightly stronger tonnage and margins going forward. His report puts Q3 earnings per share at 43 cents.

“We are encouraged with sequential improvement in tonnage, as well as initiatives to supplement impacted end markets,” Fowler wrote in his report. “Further, growth initiatives may support an improved earnings profile intermediately.”

Raymond James Financial Inc. analyst Patrick Tyler Brown echoed the importance of tonnage improving. His report noted intermodal remained more than resilient despite a year-over-year decrease in drayage loads. But it also sees the tempered market valuation as fair given the prospects of a continued choppy tonnage backdrop because of the coronavirus.

“It appears to us that [Forward Air] continues to move full steam ahead with its internal initiatives — particularly centered around laying some critical groundwork for future growth,” Brown wrote. “While the exact magnitude of these strategic moves remains a bit amorphous to us for now [and in the near-term are clearly macro-influenced], we do believe the recent actions are indicative of an accelerating rate of change at the company.”

Forward Air ranks No. 29 on the Transport Topics Top 100 list of the largest for-hire carriers in North America, and No. 1 on the Air/Expedited sector list.