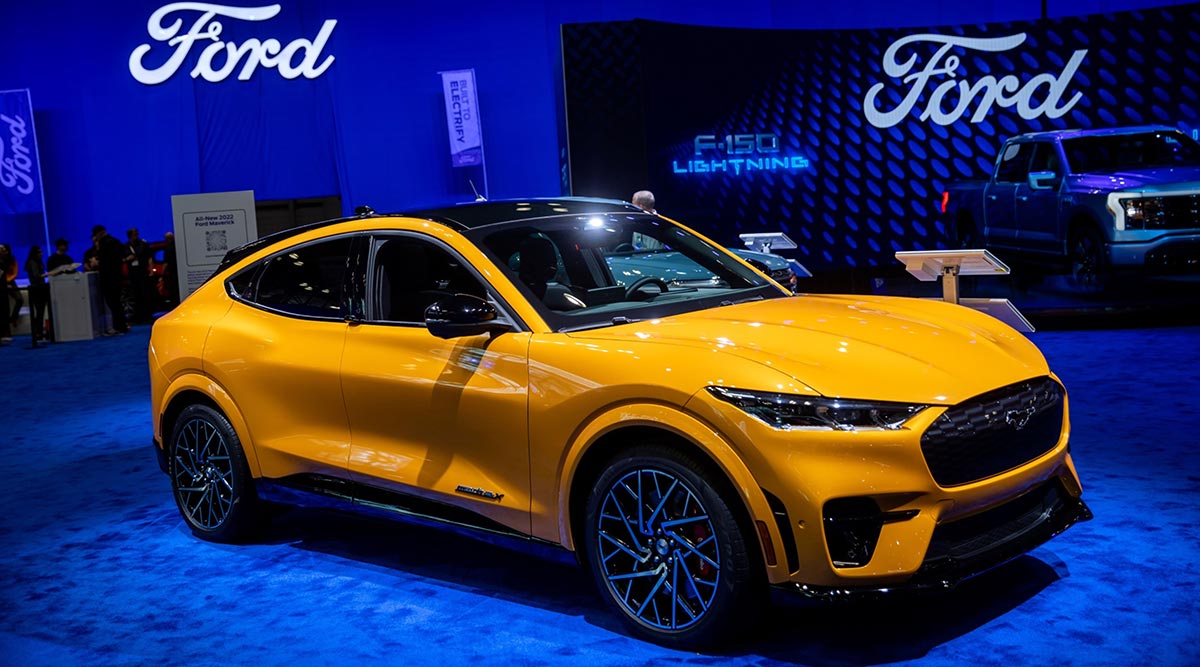 Ford Motor Co. has secured enough battery supply to build more than half a million electric vehicles annually by late next year, a quantum leap above the 27,140 battery-powered cars it sold in the U.S. last year.

The automaker has signed contracts with suppliers representing 60 gigawatt hours of annual battery capacity, enough to build 600,000 EVs a year, it said in a statement July 21. Those suppliers include China’s Contemporary Amperex Technology Co. Ltd., or CATL, as Bloomberg previously reported.

Ford also said it has secured 70% of the battery capacity it needs to build more than 2 million EVs annually starting in 2026, which helps meet a goal CEO Jim Farley set in March.

Securing enough batteries to build millions of plug-in models has become a key competitive battleground in the emerging EV market. General Motors Co. has established a partnership with South Korea’s LG Chem Ltd. to build battery plants in the U.S. Ford already has a joint venture with South Korea’s SK Innovation Co. to spend $11.4 billion on three battery factories and an EV assembly plant in Tennessee and Kentucky.

“We are putting the industrial system in place to scale quickly,” Farley said in the statement. “Our Model e team has moved with speed, focus and creativity to secure the battery capacity and raw materials we need.”

Ford will begin using less expensive lithium iron phosphate battery packs from CATL on its Mustang Mach-E models next year and F-150 Lightning pickups in early 2024, which will boost output of those popular vehicles. Ford said it has a plan to source 40 gigawatt hours of those batteries annually in North America in 2026 but initially will import them from China.

President Joe Biden has put a priority on establishing energy independence on EV batteries and is encouraging American automakers to source them locally, rather than from China. Ford contends that to meet mushrooming demand for EVs, it must import batteries.

“We need to scale EVs quickly in the U.S. and that is one of the aspirations in the administration,” Lisa Drake, Ford’s vice president of EV industrialization, said in a call with analysts and reporters July 21. “There is not enough battery cell capacity to meet the demand. So what we’re doing is importing some battery cell capacity to help meet that demand.”

Farley is racing to catch EV leader Tesla Inc. as the automaker pours $50 billion into its EV expansion strategy through 2026. Ford also is preparing to cut as many as 8,000 jobs in the coming weeks to boost profits and help fund its EV ambitions, according to people familiar with the plan, Bloomberg reported July 20.

“To move fast in this space, smaller is better. A smaller team can move faster than a larger team,” Drake said when asked about the job cuts. “This team moves fast and it’s because we cut out a lot of big bureaucracy.”

Lithium iron phosphate battery packs, or LFPs, are widely used in China, but are seen as less powerful than the nickel cobalt manganese batteries, or NCM, that now provide juice to the Mach-E and F-150 Lightning.

Drake declined to reveal the horsepower on those models with LFP batteries. The longer-range versions of the Mach-E and F-150 Lightning will continue to use NCM batteries, Ford said.

“I’d love to get into this today but we really just want to focus on the capacities we’ve installed,” Drake said when asked for power specifications on the Mach-E and Lightning with LFP batteries. “You’re going to hear a lot more about this, so be a bit patient with us.”

The change means “you don’t have to pay as much on those cheaper models to get the battery,” said Corey Cantor, EV analyst at BloombergNEF. “It frees up materials for the higher end premium or longer-range versions.”