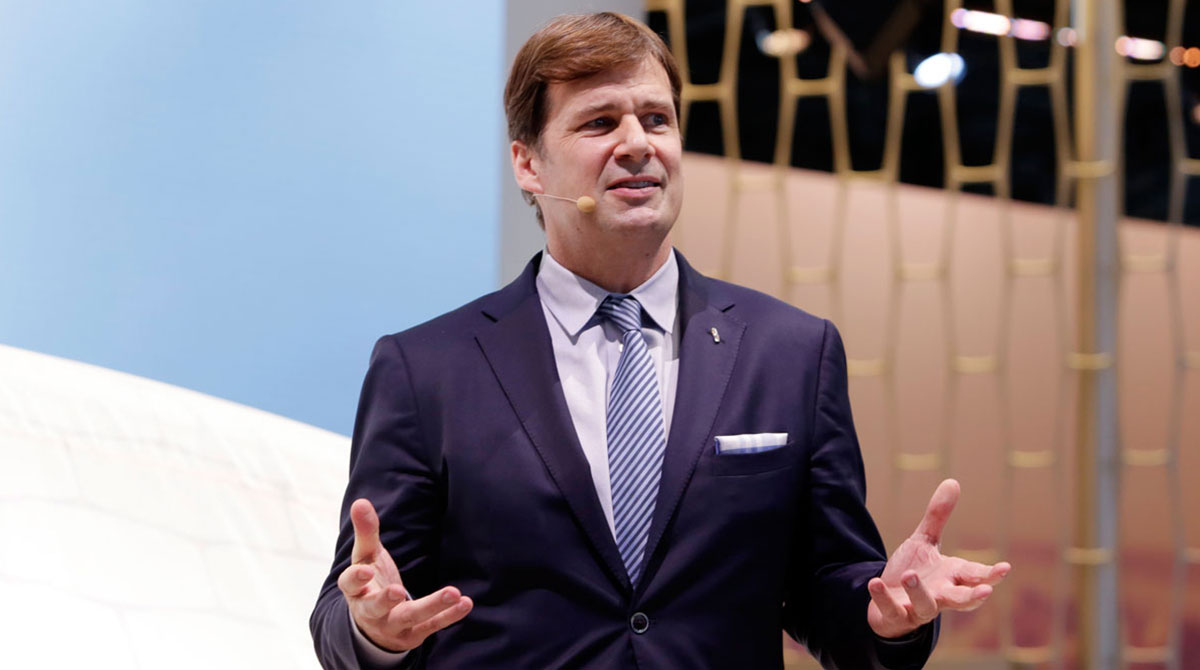 Ford Motor Co. is looking at ways to separate its electric vehicle operation from its century-old legacy business, hoping to earn the sort of investor respect enjoyed by Tesla Inc. and other pure-play EV makers.

CEO Jim Farley wants to wall off Ford’s electric operations from its internal combustion engine business and has even considered spinning off one or the other, people familiar with the effort said. A spinoff could generate the kind of earnings multiples that have given Tesla a market value approaching $1 trillion.

But splitting the company, which Ford says it isn’t planning, may prove too difficult, so Farley instead may simply separate the EV business internally as its own unit as part of a broad reorganization that seeks to give Ford an edge in the electric age.

You heard a lot of talk about EVs tonight. We’ve been busy assembling them for our customer deliveries this Spring. #F150Lightning #BuiltFordProud pic.twitter.com/AugDhafQfC — Ford Motor Company (@Ford) February 14, 2022

A spinoff could be a tough sell to the Ford family. They control the automaker through a special class of stock and are leery of losing influence over the 118-year-old company, said the people, who didn’t want to be identified revealing internal deliberations. The founding family, led by Executive Chair Bill Ford, has three seats on the board.

“We are focused on our Ford+ plan to transform the company and thrive in this new era of electric and connected vehicles,” the company said by email when asked about a potential spinoff. “We have no plans to spin off our battery-electric vehicle business or our traditional ICE business.”

Early this month, however, Farley didn’t reject the possibility of spinning off either operation when queried on the subject during the company’s earnings call.

“Running a successful ICE business and a successful BEV business are not the same,” Farley said. “I’m really excited about the company’s commitment to operate the businesses as they should be.” The EV business is “fundamentally different” in the customers it attracts, the way its products are built and the engineering and design talent that must be hired.

“We’re not seeking half measures,” Farley said on the call. “We’re done with incremental change. We have a clear plan, a bias for action and a whatever-it-takes mindset.” 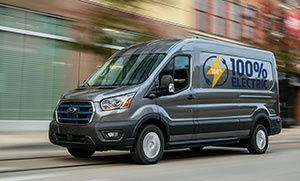 The electric eTransit van went on sale in 2021. (Ford)

Late last year, Ford had talks with financial advisers to explore some options for the EV operation, including a potential reorganization and raising private capital for it, according to two people familiar with the matter.

As Farley sought to maximize the value of Ford’s EV operations, his vision evolved over time, from initially considering a smaller spinoff, to contemplating a full breakup, to now looking at an internal split, the people familiar with the effort said.

Even an internal split would be complicated. Splicing up engineering and operations at a carmaker, where some engineers and factories create and build both types of vehicles, is no easy task, one of the people said. Even if everyone favors a true split, it would be heavy work to manage the complexity, the person said.

Ford has committed $30 billion to its EV strategy through 2025 and is said to be spending another $10 billion to $20 billion by the end of the decade to convert factories to build plug-in models. Farley has tripled production of the electric Mustang Mach-E and doubled output of its F-150 Lightning plug-in pickup, which goes on sale this spring. The company plans to produce 600,000 EVs annually in two years and generate as much as half its sales from battery-powered vehicles by 2030.

In its current structure, the automaker lacks access to the financing available to Tesla and other EV makers that are viewed more favorably by banks and investors. Creating a pure plug-in play could provide Ford access to cheaper capital and give investors the opportunity to assign a value to its EV business, the people said.

Farley is working closely on the effort with Doug Field, the former head of Apple Inc.’s car project, whom Ford hired in September as advanced technology chief, the people said. Field, who previously worked as Tesla’s chief engineer, would have a senior role in any new entity, the people said.

Field and Farley would have their work cut out for them if they chose to pursue a full spinoff.

Aside from having to win over the founding family, car dealers and the United Auto Workers union also would have to be convinced that they wouldn’t get left behind. 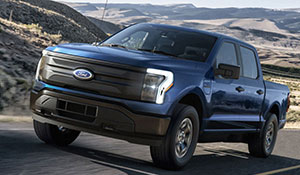 The Ford F-150 Lightning goes on sale this spring. (Ford)

Analysts have said Ford needs to shed its legacy business model to achieve the profit margins that Tesla commands, which Farley has estimated top $10,000 a car. To offset the higher cost of electric vehicles, analysts say, automakers need a direct sales model, like at Tesla and Rivian, that bypasses dealers and the cut of revenue they receive. Carmakers also need to lower labor costs.

“Ford is making great progress in electric,” Morgan Stanley analyst Adam Jonas said in a November note to investors. Old-line carmakers “face serious challenges from EVs and, in our view, will require ‘nontraditional’ actions to address them.”

Ford already builds the Mustang Mach-E in Mexico, where wages are a small fraction of what they are in the U.S. The automaker also is building its first all-new assembly plant in a half century, to manufacture electric F-Series trucks in Tennessee, and the UAW has no assurance it will represent those workers.

There is precedent for what Farley and Field are considering. In 2017, auto supplier Delphi Technologies spun off its combustion-engine powertrain business and renamed the remaining company Aptiv, which focuses on electronics and software for EVs and autonomous cars. Aptiv began trading at greater multiples.

As a full-scale automaker, Ford has a bigger lift, though Farley appears eager to shake things up.

“This is a culture change at Ford,” he said on the earnings call. “This is part of the rhythm change.”

Ford Sales Jump in June on Gains for F-Series Pickups