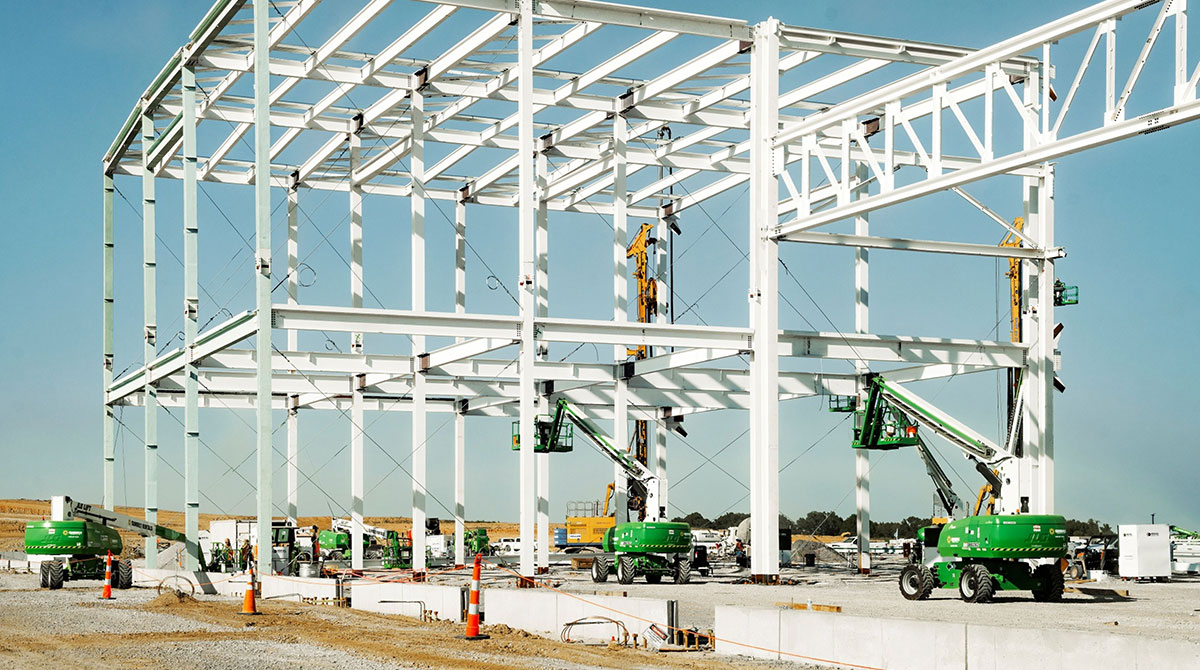 The plot of land near Stanton, Tenn., is going to be home to Ford's newest EV plant. (Houston Cofield/Bloomberg)

The site, known as BlueOval City, stretches across six square miles and is three times the size of the historic Rouge complex that Henry Ford built in Michigan a century ago to make Model Ts. By 2025, BlueOval City is expected to teem with 6,000 workers building electric pickup trucks and the batteries that power them in a joint venture with South Korean battery partner SK Innovation.

The companies also are building two battery factories in Kentucky that will employ another 5,000 workers, advancing Ford CEO Jim Farley’s goal to build 2 million EVs annually by the end of 2026. The carmaker is spending $50 billion on EVs through 2026, and Farley expects more than half the company’s sales to be battery-powered vehicles by 2030. Last year, Ford sold 27,140 EVs in the US.

“This facility is the blueprint for Ford’s future manufacturing facilities and will enable Ford to help lead America’s shift to electric vehicles,” Eric Grubb, Ford’s director of new footprint construction, said in a statement.

Less than a year after @Ford and SK On announced a $5.6B investment in W. Tennessee, construction is underway at @blueovalcity, the future home of a revolutionary all-new electric truck and advanced batteries for Ford and Lincoln vehicles. #BuiltForAmerica #BlueOvalCity pic.twitter.com/gQSvM60qgE — Ford Motor Company (@Ford) September 23, 2022

The Tennessee site will include a battery factory and the first all-new assembly plant that Ford has built since 1969. The battery plant will employ about 2,500 workers, while the electric truck assembly will have 3,260 staff.

The battery factory will provide power packs for Ford and Lincoln models. So far, Ford offers only three EV models: the Mustang Mach-E crossover, F-150 Lightning pickup and E-Transit commercial van. But it plans to electrify its lineup to take on EV market leader Tesla Inc.

The Tennessee construction crew, which is expected to swell to 3,000 workers by next year, began erecting the steel framing of the battery plant earlier this month and will begin setting structural beams on the assembly plant in October, according to Donna Langford, Ford’s project supervisor.

Massive earth movers are prepping the site, while drills bore deep holes for concrete footings that will provide foundations for the two factories. Ford said its crews have already moved 4.6 million cubic yards of soil, laid 370,000 tons of stone and bored more than 4,600 deep foundations.