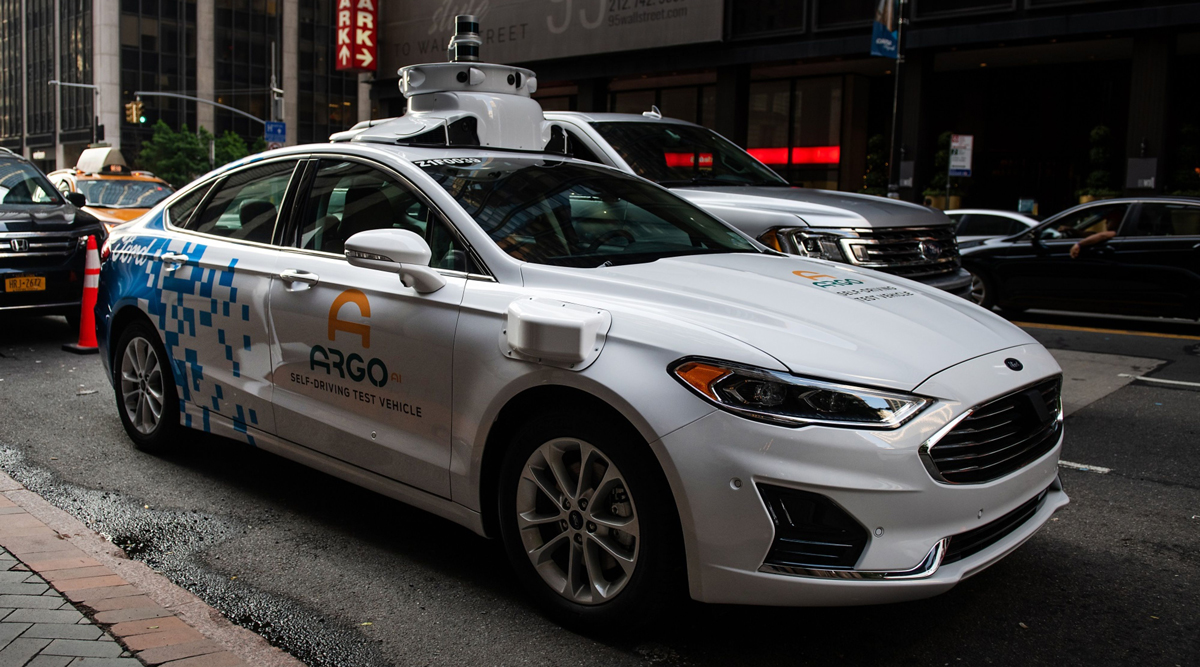 Argo AI, the self-driving startup backed by Ford Motor Co. and Volkswagen AG, is working with investment bankers as it prepares to go public as soon as this year with a valuation expected to top $7 billion.

The 5-year-old firm developing autonomous systems for two of the world’s largest automakers has chosen Citigroup Inc. and JPMorgan Chase & Co. to guide a private round of financing this summer. Their work may lead to roles on its public offering, according to people familiar with the deal. Argo and its bankers are looking at either an initial public offering or using a special purpose acquisition company, or SPAC, said the people, who asked not to be identified revealing internal information.

Argo is about to introduce its self-driving system commercially, as Ford has plans to put autonomous delivery vehicles and people haulers on the road next year, while VW is aiming for 2025. Deploying robot rides will be costly, which is why Argo’s competitors, including Alphabet Inc.’s Waymo and General Motors Co.’s Cruise, are also raising funds. Argo says its final round of private fundraising this summer will prepare it to go public as soon as this year.

“Our focus right now is on securing a round of private investment which is part of our plan to go public,” Alan Hall, a company spokesman, said in a statement. The funding “we expect to raise this summer will help cement our path to commercialization.”

Pittsburgh-based Argo was founded in 2016 by Bryan Salesky, who helped start the Google self-driving car project that became Waymo, and Peter Rander, an alumnus of Uber Technologies Inc.’s autonomous auto operations. Its technology, including a new lidar guidance system, is in advanced stages of development, with tests running in six cities, including Miami. Argo’s workforce has grown to 1,300, with operations in the U.S. and Germany.

Ford invested $1 billion in Argo in 2017 and VW completed its $2.6 billion investment in the company a year ago. That gave Argo a market value of more than $7 billion.

“Argo has proven to be very adept at business, not just the technology,” Jim Farley, Ford’s CEO, said at a Deutsche Bank automotive conference last month. “I think they deserve to be a one-stop-shop company and that they will take on more of the go-to-market responsibilities for our AV effort.”