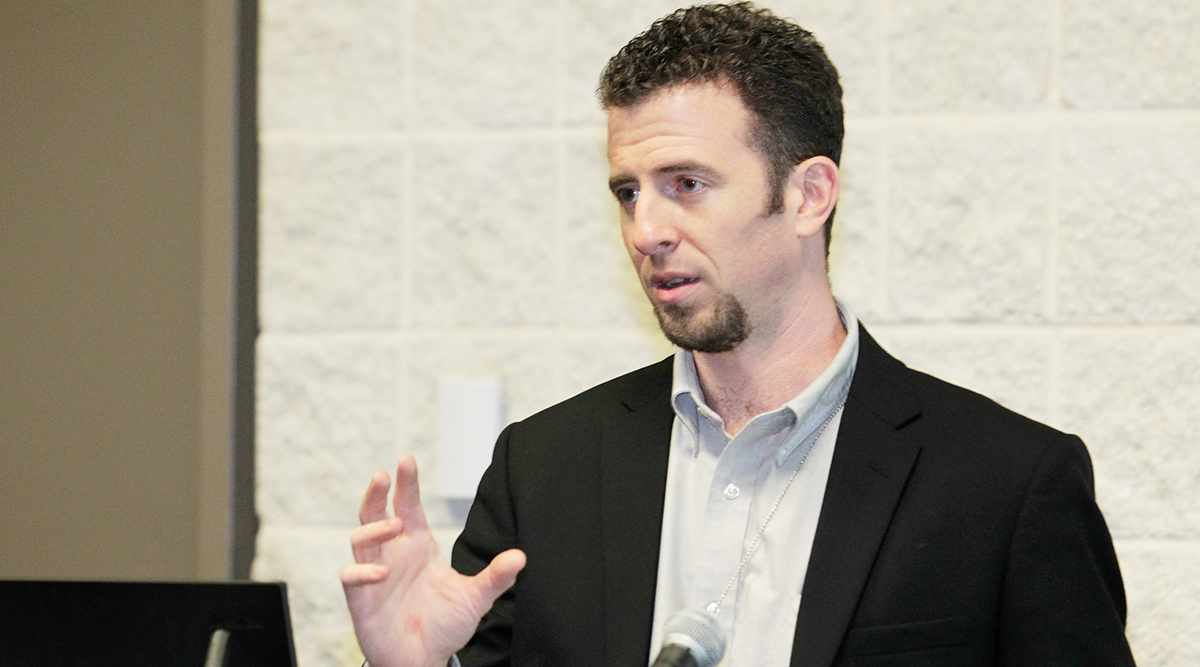 ORLANDO, Fla. — FlowBelow Aero Inc. announced its new Trailer AeroSlider system is now in production and available for fleet and dealer orders, noting the product is the first of its kind that is mounted directly to the sliding trailer suspension.

In addition, FlowBelow announced its Elite Dealer program intended to bring its Tractor AeroKit system, as an aftermarket product, to an even broader scope of customers in North America.

The company made the announcements Oct. 21 during a press conference at American Trucking Associations’ Management Conference & Exhibition.

The Trailer AeroSlider system uses the company’s patented quick-release trailer wheel covers in combination with a fairing between the trailer wheels and aerodynamic mudflaps behind them.

“We expect to announce a major partnership with a [trailer maker] in 2018,” said FlowBelow CEO Josh Butler. “That’s really the key with this technology, to offer it on new trailers.”

The company is focused mostly on tandem axle configurations, the most common setup for trailers, he said.

The Trailer AeroSlider will be released in stages, Butler said. The fuel savings performance of the first stage system that was announced here is expected to be 1.2% based on testing with a skirted trailer as the baseline.

The second stage AeroSlider system, which will be in production in 2018, is expected to lead to an overall 2% fuel savings with additional components, which the company did not identify.

The fuel savings will vary depending on where the slider is, he said.

“We focus a lot on the impact of the rotating wheel on the truck and the trailers. The fact the wheel is spinning creates a lot more turbulence than a stationary component on the vehicle. So the products we have address that more highly turbulent air flow,” Butler said.

At the same time, FlowBelow’s new dealer aftermarket program allows truck dealers to offer all available options and configurations of its Tractor AeroKit products on used trucks sold as well as trucks already in service, in addition to new trucks — and gives owner-operators and fleets increased access to replacement parts.

Also participating is I-State Truck Center, another Freightliner dealership. It has seven locations in Iowa, Minnesota, Montana and South Dakota.

Tractor AeroKit was launched in 2013 and is available as a data book option or standard equipment through all Freightliner, Kenworth and Peterbilt dealers nationwide.

Freightliner is a brand of Daimler Trucks North America. Freightliner has installed the Tractor AeroKit on 15,000 trucks and “we may hit 20,000 by the end of the year,” Butler said.