As a result, 1,500 commercial truck drivers licensed through Key’s two testing facilities are in danger of losing their CDLs if they don’t retake and pass their driving tests. 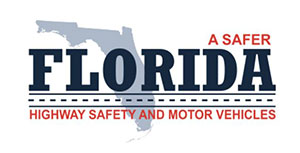 An investigation by the Florida Department of Highway Safety and Motor Vehicles and the Federal Motor Carrier Safety Administration found that Key conducted fraudulent testing activities, including ignoring parts of the required three-part skills test and tampering with test data on CDL skills test score sheets.

Pass rates for tests dropped from 60% to 11% when department reps were on-site monitoring the results.

Students who were tested by Key at its Miami and Labelle facilities on or after Jan. 1, will receive a notification from the state and must be retested by an approved third-party CDL testing administrator, the DHSMV stated. Those who fail to be retested within 60 days of receiving the notification will have their CDL canceled. The retest covers 1,305 Florida drivers and 195 drivers who live out of state, according to a department spokesperson.

The DHSMV maintains agreements with over 150 private and governmental third-party CDL testing administrators who give the CDL skills test to more than 500,000 CDL drivers in Florida. Key had been operating under an agreement with the agency since 2007, according to reports.

In 2015, a department investigation of CDL schools in Orlando and Tampa found that owners had taken cash to fraudulently obtain CDLs for drivers that only spoke Russian. About 2,000 drivers had to retake their tests.