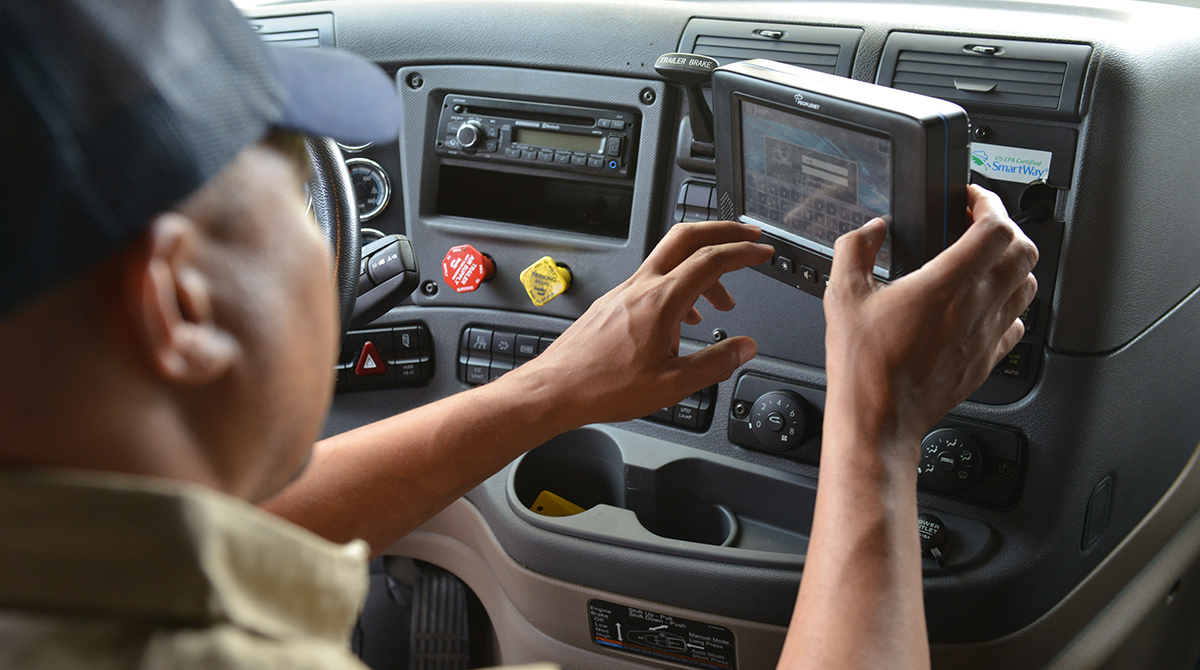 Advances in tracking technology are enabling fleets to better assess driver performance and fairly reward them for fuel-efficient driving.

Instead of relying strictly on miles per gallon as the gauge for driver efficiency, fleets are using tools from telematics providers and other technology companies that track idling, speeding and other driver behaviors that affect fuel consumption.

When mpg is used as the only metric, some drivers may get higher or lower ratings for reasons not related to their driving performance, such as driving a tractor that has better fuel efficiency, encountering less traffic, traveling over flat terrain instead of hills and driving with a tailwind instead of a headwind.

“We used to have a scorecard that focused on mpg, but about two years ago we started pulling data from the advanced driver-assistance systems on the trucks,” said Jeremy Stickling, vice president of human resources and safety for Nussbaum Transportation, a carrier based in Hudson, Ill.

Nussbaum uses the data to create a “habits” rating, he said. “This strips away all of the excuses for not getting better fuel economy — the kind of truck you’re in, the weight of the load you’re carrying, the traffic, the weather and so on.”

The goal for Nussbaum is to track the things the driver can control, not things they can’t control, Stickling said. “It’s focused on what you’re doing with your right foot.”

Idle time is a big issue for Transpro Burgener Trucking, a dry-bulk pneumatic carrier based in Fort Collins, Colo. The company determined that idling about 30% of the time for unloading is unavoidable, said Wayne Saunders, the company’s fleet efficiency manager, “so we’ve told the drivers that if they can keep their idle time under 35%, we’ll give them another half of a cent per mile.”

Even when fleets use mpg as the metric for rewarding driver fuel efficiency, efforts may be made to account for factors that affect fuel economy.

“We know that our average mpg is going to vary seasonally,” said Rick Williams, CEO of Central Oregon Truck Co., based in Redmond, Ore. “In the winter you have higher idle times, more wind resistance and more inclement weather.”

Company drivers get bonuses based on their mpg performance.

“I start with a minimum expectation in terms of mpg,” Williams said. “If drivers can improve upon that by reducing idle time and not speeding, then we’ll share the savings with them.”

The effort to track driver behavior has become common in the industry, according to Mark Murrell, president of CarriersEdge, a Canadian company that provides online driver training, and created a “best fleets to drive for” program.

“Almost every fleet we encounter today has a driver scorecard that includes fuel-efficiency metrics,” Murrell said. “Even the smaller fleets with 30 or 40 trucks are starting to do this.”

The challenge is ensuring that drivers will accept the metrics.

“The number one key to success with these programs has been getting feedback from the drivers to ensure that the metrics used are fair,” Murrell said.

Technology providers are responding to this challenge with a variety of tools.

The PedalCoach product from LinkeDrive is designed to provide a fair and engaging fuel bonus program for the drivers, said JD Doyle, the company’s chief technology officer.

“We found that drivers that had very high fuel efficiency had a combination of good habits that led to their results,” Doyle said.

LinkeDrive is collecting data from customer fleets to improve the program.

“Through our patent-pending mapping system and machine learning and analytics algorithms, we can adjust fuel economy for current wind conditions, terrain and even vehicle weight if available,” Doyle said. 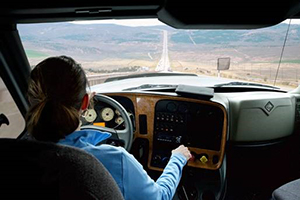 “Our ability to focus on these factors that drivers can control and not on mpg gives us credibility with drivers and fleet managers,” he said.

In addition, True Fuel examines other aspects of fuel economy.

“On each vehicle, our software models the tractor’s fuel use across a wide range of operating conditions,” Magnant said.

After data on a truck has been collected from several hours of use over a range of conditions, the software can create a reference point for tracking actual fuel usage against optimal performance.

“We then go on to quantify this difference to provide clear understanding of where and how much fuel is being wasted,” Magnant said.

Some fleets are using rewards other than cash bonuses as incentives to improve fuel efficiency, he added. One example is allowing drivers to increase their highway speed from 62 mph to 65 mph because that’s what many of the drivers want most, Magnant said. 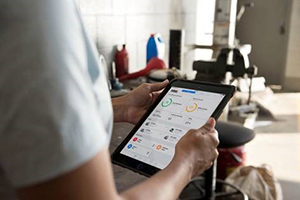 “In the past, the only metric was mpg, but now there are sophisticated platforms that connect so much data around various aspects of driver behavior, such as idling, speeding and excessive rpm,” said Mark Wallin, vice president of product for Verizon Connect. “This makes it possible to optimize driver performance in terms of these additional metrics.”

The fuel-efficiency scores within the Verizon Connect scorecard platform can be configured by fleets as needed. Given that underinflated tires reduce fuel efficiency, some fleets include a score related to whether or not the driver maintains the proper tire pressure, Wallin said.

The driver scoring system used by MiX Telematics delivers data to fleets “in a format that makes it easy for them to understand which drivers are affecting fuel economy and in what ways they’re doing so,” said Pete Allen, chief client officer at the company.

The fleets use the scores to support a “gamification” approach, he said. “They can post reports and tie incentives to scores. You want to make it fun.”

One of the metrics included in the Teletrac Navman driver scorecard is fuel consumption ratings for equipment, said Marco Encinas, product manager of global platforms. “The scorecard is configurable so mpg estimates for different tractors can be entered into the system,” he said. “This way drivers are not penalized for driving a tractor that gets lower mpg.”

The system also can detect idling.

“This is one of the first ways that many fleets work to reduce fuel consumption,” Encinas said.

One of Teletrac Navman’s customers gives cash awards to drivers who reduce their idling time.

“It identifies how much time the truck spent over a set speed and rpm,” he said. “The speed-rpm matrix allows fleets to see how a driver is shifting and how much time is spent in each bucket.” 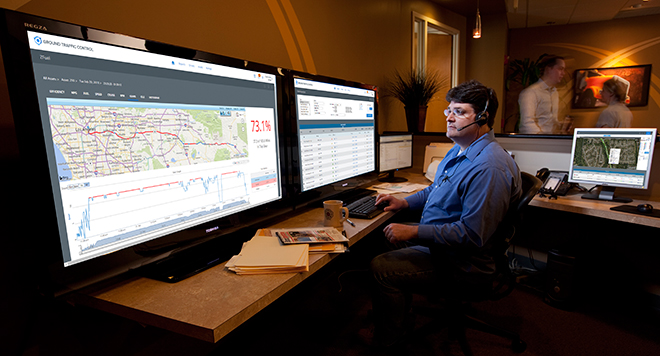 The ZFuel program from Zonar Systems “allows drivers with heavy loads or light loads, hilly terrain or flat terrain, downwind routes or upwind routes all to be looked at in the same fair way,” Chief Product Officer Larry Jordan said.

When drivers are not driving in fuel-efficient ways, the system assigns a penalty score based on statistical models that show how much outside factors should affect driving performance, Jordan said.

For example, PeopleNet can calculate how many gallons of fuel are being used for every second the driver spends above the optimal rpm shift point or the idle threshold, said Carl Robinson, vice president of Trimble Transportation Mobility, the division of Trimble that includes PeopleNet.

“Quantifying the fuel helps fleets see where their problems are,” he said. “You can see which behaviors are costing you the most money across the fleet and you can put a number on how much fuel is being wasted.”