Click here to continue to the news
This ad will close in seconds
Skip to main content
Share
BusinessTechnologyLogisticsAutonomousTop 100Perspective
Will Salter | CEO, Paragon Software Systems 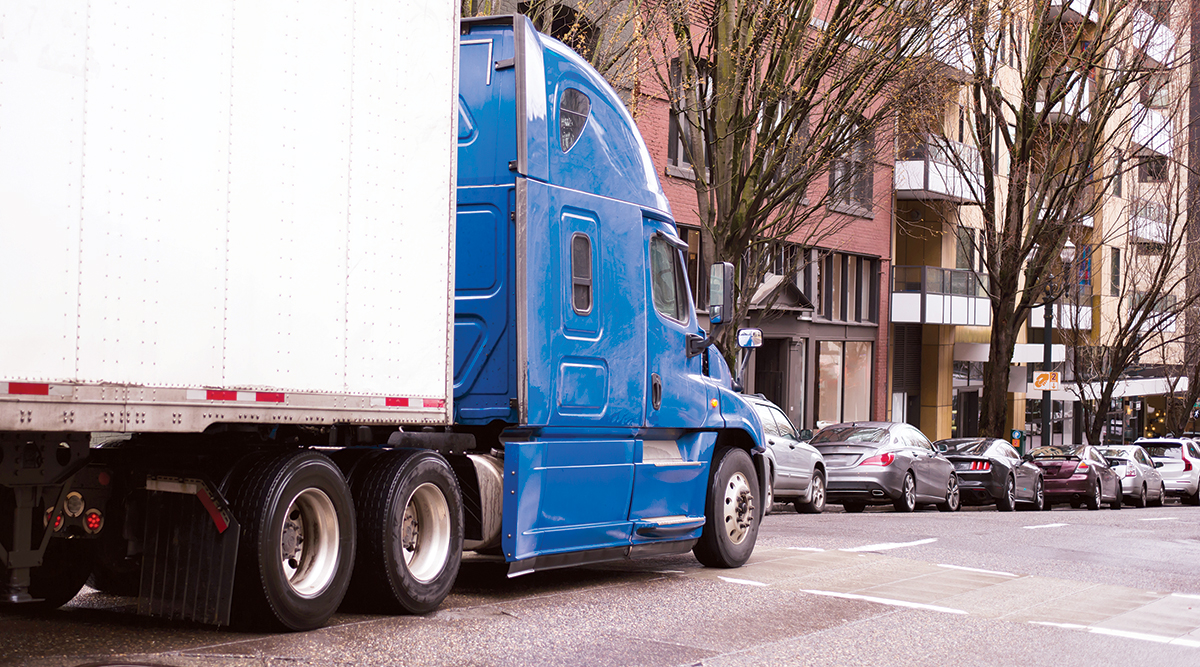 It seems like every week there’s a new startup being introduced with the intention of disrupting the current model for last-mile freight delivery. But these innovators, and the barrels of Silicon Valley venture capital behind them, have had relatively little impact to date.

Retailers sell goods from tens of thousands of suppliers, all of which ship their goods sepa­rately — different products traveling on different trucks to the exact same destinations. Active online buyers see the same ­inefficiency — multiple packages arriving every day at different times and ­often from different carriers.

This will change drastically in the next 10 to 20 years, particularly in urban areas where, according to the United Nations, 70% of the world’s population will be living by 2050.

Supply chain partners that won’t collaborate will be forced to. Here’s an example.

On London’s Regent Street, the landlord recently dictated to its retail tenants that all inbound goods from suppliers must be staged at a single consolidation center outside the city’s congestion zone and, from there, delivered to stores by the landlord’s designated carrier — all on a single truck. The result: fewer trucks on the road, less fuel, less money, faster and more pre­cisely timed deliveries, and greater ­efficiency at the stores. Everyone benefits from this model, yet it took a mandate to make it happen.

Come 2040, this level of efficiency will be standard, but it will require close public-private collaboration. In future urban delivery models, local governments will become active and essential partners.

That’s where it gets sticky.

You see, technology moves fast; government does not.

• Self-driving trucks are already making deliveries in the United States, yet less than half of U.S. states have passed autonomous vehicle legislation, according to the National Conference of State Legislatures.

• The New York City Department of Transportation’s citywide truck route network was developed in 1981 and has remained relatively unchanged since then, save for a few localized amendments.

Technology is being developed to disrupt and replace tired delivery processes. But who is going to disrupt inefficient government bureaucracies, where plans that require street-level changes can get tangled for years in study groups and political wrangling?

Today, commercial delivery to urban areas is certainly im­pacted by local rules, such as road restrictions and speed limits. But these rules don’t dictate delivery strategy as they will in the future, when different companies will need to adapt to agreed-upon processes — leveraging a supporting infrastructure that has yet to be built.

• Designated urban transload centers will receive goods and transfer them to last-mile vehicles for final city delivery. Local governments will be critical partners in designing the system.

• White-label fleets of ­smaller, sustainable vehicles — unaffiliated with any single shipper or carrier — will be utilized for the final mile. Trucks will follow designated routes to approved unloading zones to facilitate uninterrupted traffic flow. Local governments will need to work hand in hand with shippers and carriers to provide the supporting infrastructure and rules.

These are just a few examples where the future of urban retail store distribution will depend on close public-private sector collaboration. Industry can innovate, but government must activate.

According to Matthias Winkenbach of Massachusetts Institute of Technology’s Center for Transportation and Logistics, “We can build fancy models (for optimized city deliveries) but if policy­makers and companies don’t understand them, they have no impact.”

In 20 years, actual routing of vehicles, manned or unmanned, will be managed by highly sophisticated truck routing software capable of assessing millions of variables and kicking out the most efficient delivery route in seconds. This will be the easy part as computing power continues to expand. The tough part, ironically, may be working with local governments to create the rules and infrastructure that enable new delivery models to flourish.