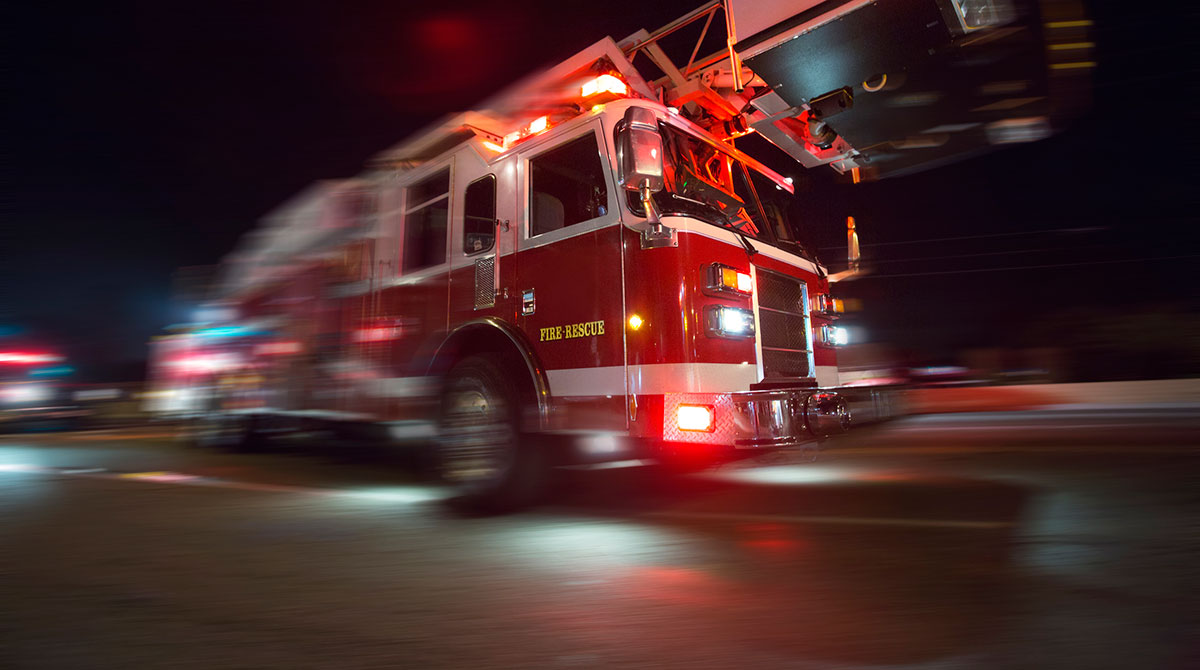 He noted that electric vehicles present new challenges for first responders and a potential for electrocution from energy stored in battery packs. Some EVs have burst into flames while being towed. There are documented cases of ignition-reignition several weeks into EVs being stored in tow yards. 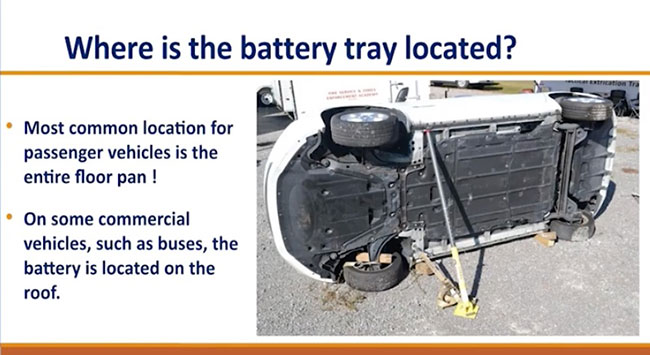 “We’re lacking our attention or our focus on bigger vehicles. I think the smaller vehicles, we’ll work that out. It’s the larger vehicles that are really going to present some problems,” Tebo said. “We have an absence of standardized electrical safety disconnect locations on some of these vehicles. Very little or kind of gray area direction on extinguishment.”

He said authorities need to also think about the freight transportation of EV batteries on heavy trucks and determine how to handle those in accidents.

The National Transportation Safety Board report studied EV fires and found a non-crash fire caused by an internal battery failure. It recommended that storing an electric vehicle with a damaged high-voltage lithium-ion battery inside should have a 50-foot-radius clear area in tow or storage yards.

“High-voltage lithium-ion batteries in electric vehicles, when damaged by crash forces or internal battery failure, present special challenges to first and second responders because of insufficient information from manufacturers on procedures for mitigating the risks of stranded energy,” it stated. 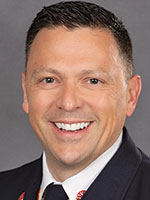 Michael O’Brian, fire chief of the Brighton Area Fire Authority in the metro Detroit area and IAFC expert on EV batteries, said “the average firefighter at the average fire department, they probably have not been fully trained up” on how to handle EV fires or extricate people from those vehicles.

The potential for even greater challenges arises with heavy trucks because first responders usually have to rely on ladders because the vehicles are much larger than passenger cars that are visible at eye level, he said.

He said EVs can have batteries that ignite at a crash or later from thermal runaway that can be visible with white smoke.

Tebo said challenges include resource constraints for responders, determining the best use of equipment and isolation of energy.

At present, work is underway though IAFC to educate first responders to avoid using tools inside EVs.

“We want them to use peek-and-peel, and get quick eyes with their staff on the manual produced by the manufacturer to understand where the high voltage is and not cut into those areas. We see cars that are flipped over, upside down, up against things, in between things and so as our crews would work to get a human out, that’s where they would have to be very diligent [with an EV],” O’Brian said.

Experts agree that the best way to deal with an EV fire is to use large amounts of water, which Tebo said can be difficult to access in rural areas. He predicted that fire departments may have to use water tanker force that could “become the norm on the roadway.”

Also there is a potential for water runoff and hazardous substances in the leakage, which can lead to a tow yard having to resurface ground around where the burnt EV was located, he added. 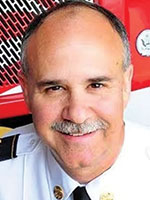 O’Brian said he believes more fire departments will let EVs burn out rather than try to extinguish fires. “Allowing it to burn out is a tough thing because that’s just something a lot of the fire services aren’t used to. People are trying gimmicks to extinguish these fires when really for the most part, it’s water or let it burn,” he added.

Charles Werner, a former fire chief and 37-year veteran of the Charlottesville, Va., fire department, said, “While there are EV fires, public safety is receiving information on how to attack these fires and deal with battery disposal as this requires special handling/disposal of these batteries.”