The Federal Highway Administration has directed funding to assist with repairing infrastructure that has been damaged by wildfires in Oregon and California.

The U.S. Department of Transportation’s emergency relief program distributes funding for federally eligible highways and bridges that have been damaged by natural disasters. The agency has described quick release funds as a “down payment” on the costs of short-term repairs as the state continues to assess long-term needs. The funds are designed as initial installments to restore basic traffic services and limit further damage to help long-term repair work begin efficiently.

U.S. Department of Transportation announces $5 million in #EmergencyReliefFunds for roads and bridges damaged by wildfires in Oregon: https://t.co/lZesQBe0gS

“This funding will be used to reopen vital transportation facilities for emergency responders and the public,” Federal Highway Administrator Nicole Nason said. 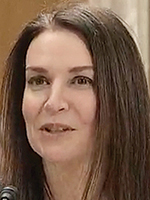 In Oregon, the funding will be used to repair highway infrastructure, such as traffic control devices and guardrails, that have been destroyed by the fires. According to the Oregon Office of Emergency Management’s dashboard, responders were combating 26 active fires as of Sept. 17. These fires, many of which are in the western half of the state, represent more than 944,000 burning acres.

About 200 miles of federal-aid highway system remain closed across the Cascade Range, according to DOT, limiting transportation between the Willamette Valley and central Oregon. The Cascade Range runs north-south through Canada, Washington, Oregon and Northern California. Located in northwest Oregon and considered the state’s wine country, the Willamette Valley encompasses Portland, Salem and Eugene.

The funding directed to the Bureau of Land Management and the Forest Service will help with efforts to repair bridges and a segment of trail in Lassen National Forest, which lies in Northern California, 45 miles east of Redding.

Lassen National Forest was scorched by the Hog Fire, which began July 18. According to the California Department of Forestry and Fire Protection, the Hog Fire covered 9,564 acres and has been contained. DOT data indicates the fire damaged seven timber bridges and closed 5 miles of a regional trail system. Repairing this infrastructure is important to ensure access for crews that are responding to other fires nearby, according to FHWA.

California continues to face catastrophic fires. In total, the California Department of Forestry and Fire Protection estimates 3.15 million acres have burned as of Sept. 17. The department has tracked 7,718 wildfires and has confirmed 20 fatalities.

In the past, FHWA has issued emergency relief funds to states for a variety of natural disasters. In March, the agency awarded $2 million to Kentucky and $5 million to Alabama to repair infrastructure that had been damaged by floods. Quick release funds were directed to Vermont in November to help restore roads and bridges that were affected by heavy rain and flooding.