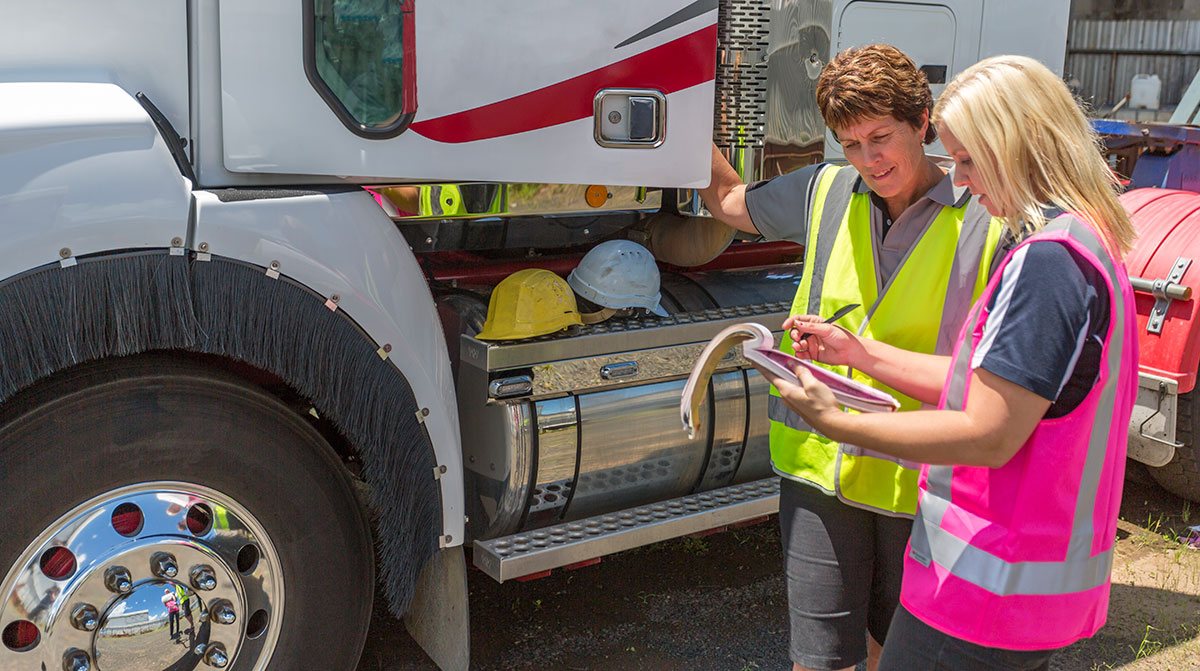 Among the recommendations in Women In Trucking Association's white paper is that motor carriers adopt a policy that enables female drivers to have the option for a same-gender trainer when involved in on-the-road activities. (Getty Images)

Although most professional female truck drivers believe their cabs are safe places, they recommend that motor carriers adopt training policies allowing them the option for a same-gender trainer when involved in on-the-road activities, a new survey by the Women In Trucking Association shows.

The association’s survey was conducted from July through September 2021. It was intended to gain perspectives from mostly professional female drivers about their perceptions and experiences involving safety and harassment in the North American trucking industry.

The white paper said that because the overwhelming majority of current professional truck drivers are men, female drivers often must share the truck cab with a member of the opposite sex.

“After receiving their commercial driver’s license, aspiring drivers accompany an experienced one on their route to become more confident, safer and capable on the road,” the white paper said. “That not only means working exclusively with a stranger in close quarters for long hours during the day; it also means sleeping in the same vehicle.”

“It is understandable why the prospect of cab sharing with a member of the opposite gender concerns many women,” the survey concluded.

• When having a same-gender trainer isn’t an option in instances involving female drivers, develop alternatives to help reduce or eliminate issues, such as ensuring that when sleeping arrangements need to be made that one of the parties has the ability to have a paid hotel room available to avoid the need to sleep together in the same cab.

• Encourage driving teams in which partners who are friends, spouses or in a committed relationship alternate their time behind the wheel on the same route.

• Upgrade in-cab safety technology in which trucks are equipped with sound-enabled in-cab cameras and panic/emergency buttons in the sleeper and cabin areas.

The association said that the North American trucking industry gradually has come to a consensus on the need to address this homogeneity problem and has taken strides to correct it. Recent U.S. Department of Labor data indicates that there has been an 88% increase in female drivers since 2010.

“At the same time, however, the Department of Labor found that women still currently comprise under 8% of all drivers, sales workers and truck drivers,” the white paper said. “These figures suggest that, while the industry is moving in the right direction, stakeholders need to do more to encourage female participation in the industry.”

The survey said that trucking companies should address women’s concerns not only to become more inclusive but also to address the growing supply chain crisis the industry is currently facing.

“The results of this Women In Trucking Association Driver Safety and Harassment Study suggest that alleviating females’ shared cab-sharing safety concerns would represent a great place to start,” the report concluded.