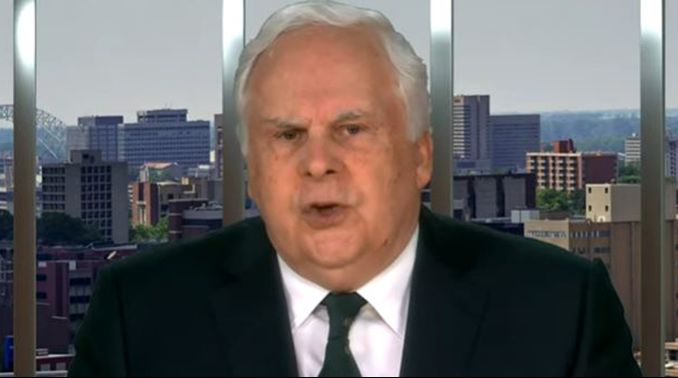 FedEx Corp. CEO Fred Smith said during a television appearance that he doesn’t expect his company to seek assistance from the federal government to survive the economic downturn being caused by the spread of COVID-19.

“I don’t think so at this point in time,” Smith said about the possibility of Memphis, Tenn.-based FedEx needing federal aid to survive the sudden downturn. Smith made his comments during the March 22 edition of the CBS program “Face the Nation.” “It would only be available — or needed by — FedEx and the all-cargo industry if things really get bad, and then only in the form of loan guarantees,” he added.

“FedEx is not expecting any layoffs at all,” Smith said. “Quite the contrary, our people are working very heavily on both the business-to-business side, moving things for hospitals, diagnostic labs, picking up specimens and getting them into the various locations where they can be tested.”

In fact, Smith noted that his company’s operations in China, which had dipped in January and February because of the coronavirus as well as celebrations for Chinese New Year, are returning to normal.

“We began to deal with this in our operations in January,” he said. “Just last week, for instance, we flew 246 flights in and out of China, so we’ve been dealing with this for a long time. China is now actually back mostly in production. About 90% of their big factories are open — their smaller businesses less so, but about 70%.”

Our President and COO Raj Subramaniam tells @dailymemphian “Herculean efforts are underway” to ship critical supplies and test kits for #COVID19. “Our team members are working around the clock in response to this global pandemic.” https://t.co/ayx5Cpo1Ro — FedEx (@FedEx) March 21, 2020

Smith added that FedEx is also staying busy with European traffic. FedEx Express, the company’s cargo airline, is picking up some of that traffic because passenger carriers that normally transport heavy volumes of cargo to destinations around the world are halting hundreds of flights to Europe.

“With the shutdown of the passenger operations across the Pacific, we have significant backlogs coming into this country and a significant amount of traffic going back to China,” Smith said.

He noted it’s the passenger airlines that will likely need federal assistance to survive the downturn.

“The passenger carriers, which have a $50 billion dollar package, that’s a different story,” Smith said. “They have very little demand at the moment for their services, and if they don’t get this $50 billion dollar relief — I think that’s mostly loan guarantees as well — they will begin massive layoffs.”

Fort Worth, Texas-based American Airlines announced March 20 it was flying its first scheduled cargo-only flight since 1984. The airline is running two round-trip flights over four days between Dallas-Fort Worth International Airport and Frankfurt, Germany, with Boeing 777-300s that can carry more than 100,000 pounds of cargo. It’s expected they will take telecommunications equipment, electronics, e-commerce items and medical supplies to Europe.

“We have a critical role to play in keeping essential goods moving during this unprecedented time, and we are proud to do our part and find ways to continue to serve our customers and our communities,” American Airlines President of Cargo Rick Elieson said in a statement. “Challenging times call for creative solutions, and a team of people across the airline has been working nonstop to arrange cargo-only flight options for our customers.” 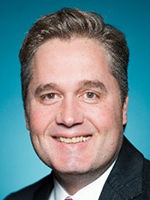 Smith added that his company’s more than 425,000 employees have been given guidance on how to stay healthy while working during the COVID-19 crisis.

“We have massive efforts underway in all our facilities to socially distance folks in their work stations,” he said. “We’re providing gloves and all kinds of antiseptic swabs and things of that nature. For people receiving packages, the CDC says there’s not too much risk, but if you have concerns, take a little alcohol and rub it across the package after it’s left on your door, which is what we are doing. We suspended the requirement for signatures in certain cases, so we think the risk is low.”