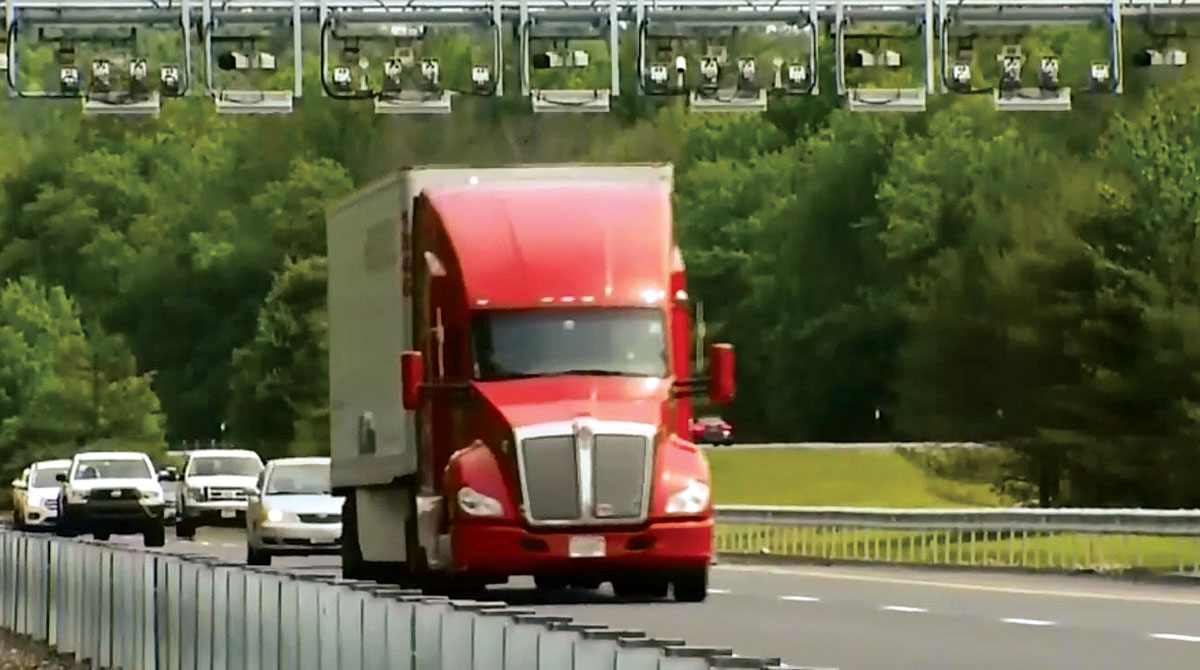 A federal court is finally hearing oral arguments in a 4-year-old legal challenge to the state of Rhode Island’s trucks-only tolling program.

The trial in the lawsuit — filed by American Trucking Associations and two motor carriers over the Rhode Island Department of Transportation’s hotly contested tolling plan — opened May 23 and is expected to last up to three weeks. U.S. District Judge William Smith is presiding.

ATA specifically alleges that the “RhodeWorks” trucks-only tolling plan violates the commerce clause of the U.S. Constitution by discriminating against interstate commerce and out-of-state truckers in both “intent and effect.” ATA said, “The tolls do not reflect a fair approximation of the use of the tolled facility; and the tolls are excessive in relation to the benefits conferred.” 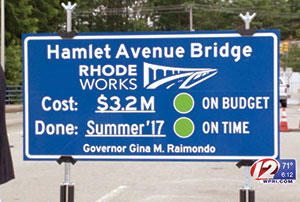 In an opening statement at the trial, ATA attorney Reginald Goeke of the law firm Mayer Brown said the tolling plan discriminates against mostly Class 8 trucks. “With respect to the statements of the defendants themselves, the defendants make clear what their intent was — which is to protect in-state interests and load the burden on out-of-state trucks,” Goeke said of the state.

The plan permits tolling of “large commercial trucks only” and expressly prohibits collection of tolls on all other vehicles, Goeke said. Toward that end, ATA and its fellow plaintiffs, trucking companies Cumberland Farms Inc. and M&M Transport Services Inc., have asked Smith to rule that RhodeWorks is unconstitutional.

New England Motor Freight also was part of the lawsuit but has since filed for Chapter 11 bankruptcy and shut down operations.

Although the state began collecting the tolls beginning in mid-2018, ATA and Rhode Island DOT have been sparring via court documents since July 2018.

The idea for the tolling plan dates to 2016, when the state’s General Assembly declared that 23% of Rhode Island’s bridges were structurally deficient and that “tractor-trailers cause in excess of 70% of the damage to the state’s transportation infrastructure, including Rhode Island bridges, on an annual basis.”

ATA is disputing the state’s method of measuring wear and tear on Rhode Island roads.

The General Assembly also maintained that “a funding gap” existed between “the revenue needed to maintain all bridges in structurally sound and good condition and the annual amounts generated by current dedicated revenue sources.”

The trucks-only tolling system was part of then-Gov. Gina Raimondo’s broader RhodeWorks program, which has been projected to generate $4.7 billion to finance infrastructure projects.

In court documents, the state has denied that the tolls authorized under the RhodeWorks Act are, as plaintiffs have characterized them, a “truck toll regime.”

Defendants also have denied that Raimondo intended to export the state’s tax burden, and have denied that Peter Alviti Jr., director of the Rhode Island Department of Transportation, the named defendant in the lawsuit, ever intended to place a burden disproportionately on out-of-state payers.

However, it admitted in court documents that Raimondo “modified and refined, at various times, her views on the RhodeWorks tolling, taking into account information and data received and attempting to discern how best and fairly to deal with the tremendous costs large trucks cause to Rhode Island’s bridges and bridge groups.” 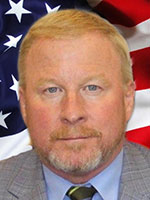 The state also confirmed that the RhodeWorks tolls apply only to Class 8 or larger trucks.

Rhode Island Trucking Association President Chris Maxwell was the first witness called to the stand at the trial.

Maxwell, who said he felt he had a good working relationship with Rhode Island DOT, was asked by ATA attorney James Ruggieri, of the law firm of Higgins, Cavanagh & Cooney, how he felt when he was first notified of the decision to implement the trucks-only tolling decision.

“We were what I felt were viable, valuable partners to the DOT,” Maxwell replied. “So I felt, in my capacity and my experience, a little bit of a slap in the face.”

He added, “Tolling should be a shared burden, and our industry was being singled out to pay for the broader, greater good.”

During the third day of the trial, on May 25, transportation economist Jonathan Peters was called to the witness stand by ATA attorneys.

Peters is an expert and chair on panels at the National Academies of Sciences, and is a subject matter expert in transportation finance and road pricing. He also is currently a member of the Trucking Research Committee at the Transportation Research Board.

Peters testified that his analysis of 110 tolling systems across the U.S. concluded that the Rhode Island DOT’s RhodeWorks tolling is unique because it imposes a disparate burden on interstate commerce.

“Basically, the system is set up and operates where it burdens trucks involved in interstate commerce at a higher rate than intrastate activity,” Peters said. “Obviously, it puts a heavier toll rate on trucks from outside of Rhode Island’s boundaries than state trucks.”

He added, “There’s a very high burden placed on long-haul combination trucks. I’ve never seen a system that allocates 100% of the cost of the system to long-haul vehicles only.”

“It’s standard practices to toll all vehicle classes, with varying rates in some classes. The idea is that all users are benefiting from the roads.”